Jackson Artis ’20 has been elected Young Alumni Trustee (YAT). He will serve a four-year term on the University’s Board of Trustees beginning on July 1.

Each year since 1969, one member of the graduating class is elected to serve a four-year term on the University’s Board of Trustees. The YAT retains the same rights, powers, and duties as all other University trustees, according to the University website.

Artis told The Daily Princetonian that he feels “really honored and humbled” to have been elected.

Members of the Classes of 2018, 2019, 2020, and 2021 were eligible to vote in the general election between these three candidates, which took place between April 28 and May 20. According to Deputy University Spokesperson Michael Hotchkiss, a total of 23.67 percent of the electorate participated.

The results were officially announced at the Annual Meeting of the Alumni Council at noon on Friday, May 29, and were ratified in the morning of the same day, Hotchkiss wrote in a statement to the ‘Prince.’

In a statement to the ‘Prince,’ Poland said he firmly believes in Artis’ ability to represent the needs and interest of young alumni.

“By connecting with people from every corner of campus and owning his own voice I know Jackson will lift up the perspectives and voices that deserve and need to be heard by the Board of Trustees to help make Princeton the best it can be,” Poland wrote. “As a friend, I am so proud of him and I know this is only the beginning of the positive impact Jackson will have on the Princeton community and the world.”

Alexandre added that she was excited from the beginning to be considered for the position “alongside two powerhouses, Jackson and Nathan.”

“Jackson is awe-inspiring, and I think he will serve his time as the YAT with the same tenacity and energy he’s shown on campus for the last four years,” she wrote to the ‘Prince.’

“I’m really excited to just be in the room with a lot of really intelligent and accomplished individuals, who I have a lot to learn from,” Artis said. “To be able to represent the voices and ideas that I’ve heard for the past four years.”

Artis said that while he has received congratulatory messages from friends, he is less focused on celebrating and more interested in thinking about how to best represent his peers.

Specifically, Artis said that he is excited “to be able to bring the most current ideas from the student body to the board and be sort of a conduit for the two sides of the conversation.”

Additionally, as a student who lived through the consequences of the COVID-19 pandemic on University life, he said he hopes that his familiarity with the “sort of ground-level” conversation will help him advise the Board of Trustees on tough decisions to come.

“I have a lot of friends who are juniors, sophomores. There’s just a lot of information I now know about how things have gone, and the sorts of things people are looking for,” Artis said. “It’s just fresh on my mind, and I’m really excited to be able to talk about it.”

Artis also said he is “eager to talk about how the world is moving right now.”

“While there is a pandemic in a viral sort of way, there are a lot of other problematic pandemics spreading across the country,” he said, adding that he hopes to bring ongoing conversations surrounding racism, sexism, homophobia, and ongoing protests to the trustees’ attention.

“My classmates are talking about this, and I’m really eager to be able to let the University know what’s being discussed,” he said.

Artis is a mechanical and aerospace engineer with certificates in Chinese Language and Culture and Robotics and Intelligent Systems. During his time on campus, he has also performed with Fuzzy Dice Improv Comedy, co-hosted the late-night comedy talk show All Nighter, and recorded music with the stage name Ajax the Lesser.

Additionally, he is a Rockefeller College residential college adviser and a member of the Meal Plan Collective, Club Powerlifting, and Princeton Christian Fellowship.

Artis was recently named a recipient of the Spirit of Princeton Award, given since 1995 to recognize undergraduates for positive contributions to campus life.

In a past interview with the ‘Prince,’ Artis said that “the Spirit of Princeton is just being entirely invested in a community that is important to you for one reason or another, just because it’s important to you.”

According to a biography prepared by the University, he plans to pursue a masters degree in space systems engineering at Johns Hopkins University, as well as an independent music career. 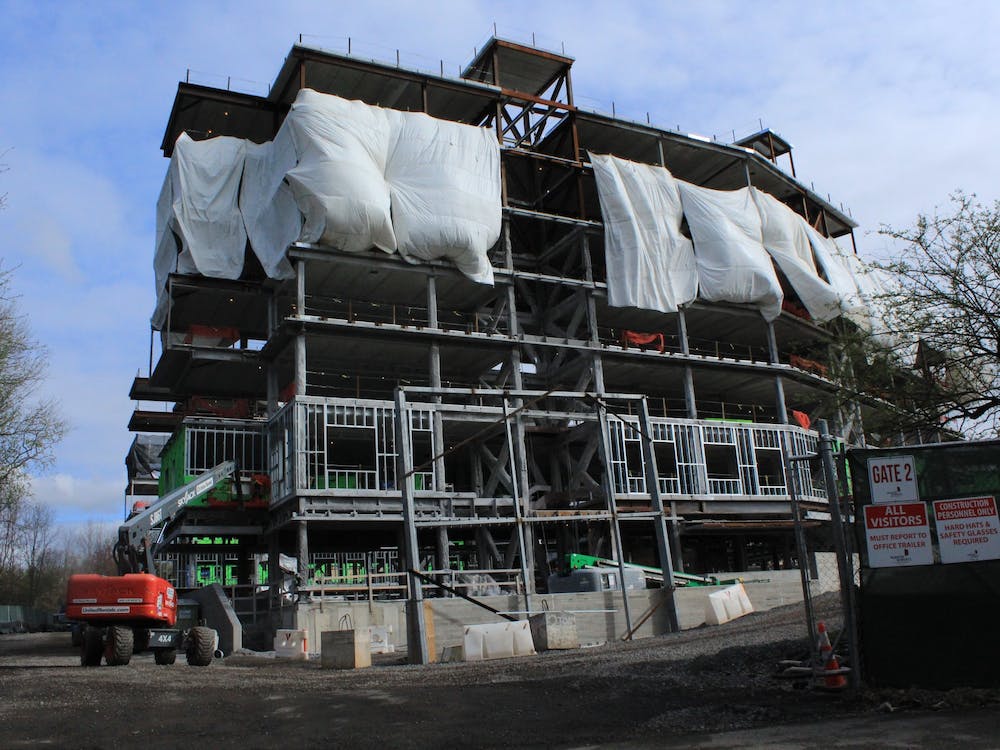