Drawings, deals, and diversification: A look into the life and experience of a Princeton curator

Today, living a short walk from the Princeton University Art Museum, which houses works by the likes of Rembrandt, Picasso, and Monet, seems like an inaccessible, pre-pandemic dream. In spite of the campus-wide separation from in-person enjoyment of all types of culture, the museum has worked hard to continue providing programs so that those interested in its happenings can continue to learn and be enriched.

Such was the case with the webinar given by curator Laura Giles on the Art Museum’s acquisition of Rembrandt’s The Three Trees (1643). After having this particular print on her curator wish list for the past five years, Giles was certainly an appropriate individual to give this talk. Rembrandt was a 17th-century Dutch painter, draughtsman, and printmaker, known for his mastery of these three media as well as his storytelling capabilities.

Having spoken a bit about Rembrandt’s evolution as an artist, Giles delved into the various etching and engraving techniques used by Rembrandt, as well as the copious detail and symbolism contained in his elaborate etching.

Prints such as these are the product of an initial etching on a copper plate, which is then used to create many prints. In the case of The Three Trees, attendees learned how Rembrandt evoked the Dutch landscape and of the “poetic power” offered by the small figures in the print, including a pair of lovers in a bower. Giles’s explanation of the many complexities inherent in Rembrandt’s technique and in the piece itself made it clear to even the greatest novice of art why The Three Trees ranks among Rembrandt’s masterpieces.

Giles was a font of knowledge on this topic. As she had been the one to initially hope to acquire such a widely-acclaimed piece for the museum, I reached out to speak to her about being a curator of arts and prints.

Having worked as a museum curator for over thirty years, it is unsurprising that, even in unrehearsed one-on-one conversation, Giles came off as an expert in the world of curatorology. I learned that Giles’ childhood experiences in Europe led her to this career path.

“I developed a background for being a museum curator early on when my family moved to Italy. My parents loved art and so they loved to go to museums, and part of family outings was going to museums. I developed a real love for looking at art,” said Giles.

After such an enriching experience in her youth, it seems fitting that she specialized in the areas of Italian Renaissance and Baroque drawings.

Prior to coming to the Art Museum, Giles held positions at The University of Kansas’s Spencer Art Museum as well as at the Art Institute of Chicago, before being hired by the Princeton University Art Museum in 2000. At Princeton, her responsibilities include making the pieces available for teaching, doing exhibitions, and, of course, acquiring works for the museum. These acquisitions could be the result of receiving gifts, working with dealers, or going to art auctions, Giles explained; acquiring The Three Trees resulted from working with a dealer.

“Over the years you get to know more dealers, and I worked with one who would tell me ‘Oh, there's an impression of the Three Trees coming up,’' she said.

The dealer brought the particular impression to Giles, so that comparisons could be made to the pristine prints of The Three Trees shown at the Metropolitan Museum of Art. Because the Rembrandt prints displayed by the Metropolitan are of especially high quality, side-by-side comparisons allowed for the determination of this particular print’s quality. Having ascertained it to be a very good print, the transaction was completed.

Giles’ general approach to acquiring art for a museum is based off of her mantra to “build on strengths, address weaknesses.” Another highlight of her work with the Art Museum has been her commitment to the latter half of that mantra, as Giles shared her personal mission of increasing diversity in artworks at the Princeton University Art Museum. She initially developed an interest in African American art when working at the Art Institute in Chicago, an interest which she brought with her to Princeton.

“When I came here in the 2000s we had a very small number of works by African American artists including in prints and drawings, and I very consciously decided to fill that area” she said, expressing how the collection has grown in number.

She reminisced about an early opportunity to diversify Princeton’s art collection.

“I walked into this gallery in London with incredibly expensive watercolors by artists like Turner,“ Giles said. “Then [the dealer] brought out this drawing by an artist I'd never heard of, Walter Fryer Stocks.”

Giles explained how the drawing depicted the model Fanny Eaten, who was born to a former slave and came from Jamaica to England with her mother. In spite of Giles’ unfamiliarity with Stocks, she was drawn to the reasonably priced print, and it became “the earliest representation of a woman of color in a collection that the university acquired.”

In a timely coincidence, a Google doodle featured model Fanny Eaten just days prior to the conversation, highlighting how Eaten had helped to reshape the European beauty standards of her time. The information offered alongside this Doodle tells of how she began modeling for artists in her twenties.

She is perhaps best known for the modelling she eventually did for the Pre-Raphaelite Brotherhood, a society of British painters founded in 1848. The artists considered themselves to be an artistic reform movement, and Eaten modeled for various artists from the Brotherhood, represented for her beauty. This positive representation was a huge step forward for women such as Eaten, considering the massive underrepresentation of women of color in art during that time.

As evidenced by the art museum’s efforts to diversify its collections, artistic works and depictions of people of color still face underrepresentation in modern collections. Giles has attempted to rectify this disparity in the museum’s collection.

After learning just how much care goes into making our collection of art better and better, perhaps students who may typically walk right by the art museum without a second thought might choose to give it a chance. Not only the works themselves, but also the collections, reflect a great deal of effort, passion, and consideration on the parts of artists and museum staff alike. 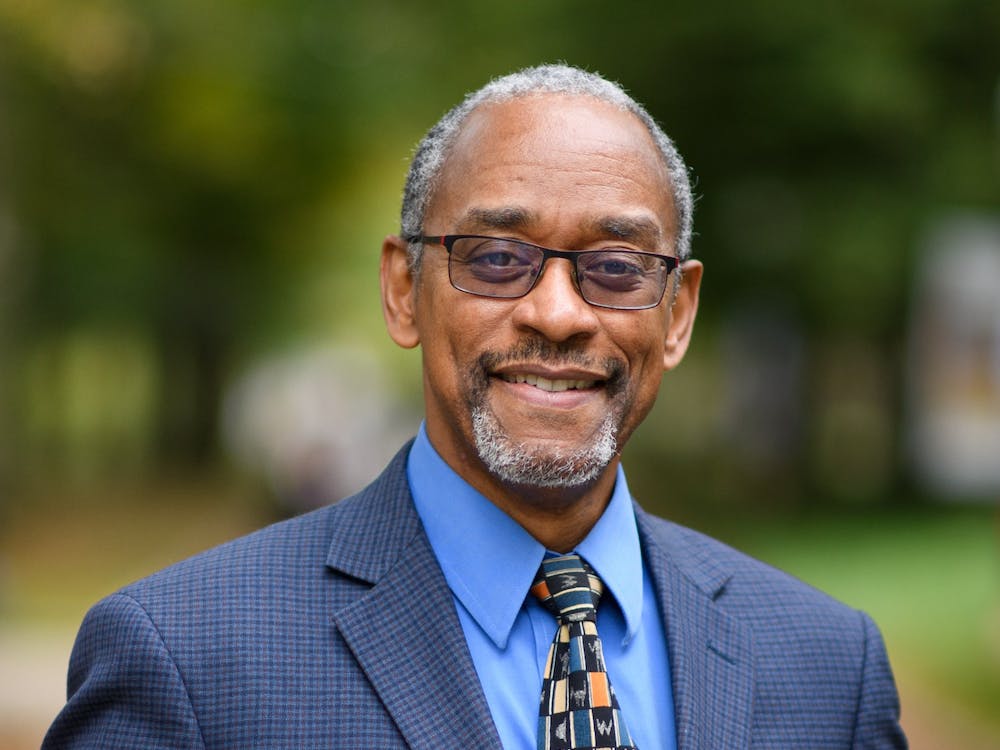