In 2019, the hotel chain Graduate Hotels bought the office building at 20 Nassau Street. Due to the COVID-19 pandemic, the construction project, which was scheduled to begin that year and last 24 months, was delayed until now.

In Feb. 2021, approval by the Princeton Zoning Board reignited the project. Construction is scheduled to begin in late November. Additionally, the neighboring building on Chambers Street is set to be demolished and replaced with a new five-story building. “If you look at the overall project itself, it is a very good thing for the town, to take a property that is old and underutilized and upgrade it,” Zoning Board Chairman Steve Cohen said.

Princeton businesses like Jammin’ Crepes, Small Bites, Orvana, and Milk & Cookies are located on the ground floor of what is to become the hotel. Because of the extent of the construction, Milk & Cookies and Orvana were forced to move from Chambers Street to a new location on Nassau Street.

Local business owners have expressed both optimism and excitement, as well as concern, on the upcoming project.

“I think that it [the hotel project] is great; I think that the hotel is going to be terrific,” Milk & Cookies owner and manager Lauren Ariev Gellman said in an interview with The Daily Princetonian. “I have been to other Graduate Hotels, and they are a very great company.”

This sentiment was echoed by Anushka Vachani, who works at Orvana, a clothing store and small business in the basement level of the building.

“[The new Nassau location] has provided us with more foot traffic, and a larger amount of customers,” Vachani told the ‘Prince. “I’m excited for the potential increase in business with the hotel.”

However, Vachani also cited some concerns with the addition of the hotel.

“I am worried that the stores that will be added to the hotel will be big designer chain outlets that will take away from the uniqueness of the small Princeton businesses,” she said.

Vachani notes this concern in light of plans to open an Hermès store, which sells luxury leather goods, in the fall of 2023 in nearby Palmer Square.

In addition, some residents of Bank Street, located west of the Graduate Hotel plans, expressed their concerns about construction.

“It would be good to have another hotel near the university, but the size of the planned facility may adversely impact life in and around it,” Professor of Classics and Clerk of the Faculty Harriet Flower, who lives on Bank Street, wrote in an email to the ‘Prince.’

She additionally stated that the residents of Bank Street were able to gain some traction on minimizing the neighborhood impact. “It was not easy, however, to attain these changes,” said Flower.

Flower added that, “the proposed hotel still seems very big” with the “ultimate impact on Bank Street [still] to be determined.”

Flower is concerned that the Graduate Hotel will overshadow the beginning of Bank Street, and hopes its residents and the corporation that is overseeing the construction will continue to share a communicative relationship.

With construction only beginning at the end of November, the full effects of the hotel’s construction will likely not be realized for a few years.

Aidan Iacobucci is a news contributor for the ‘Prince.’ He can be reached at ai2904@princeton.edu or @aidaniaco on Instagram. 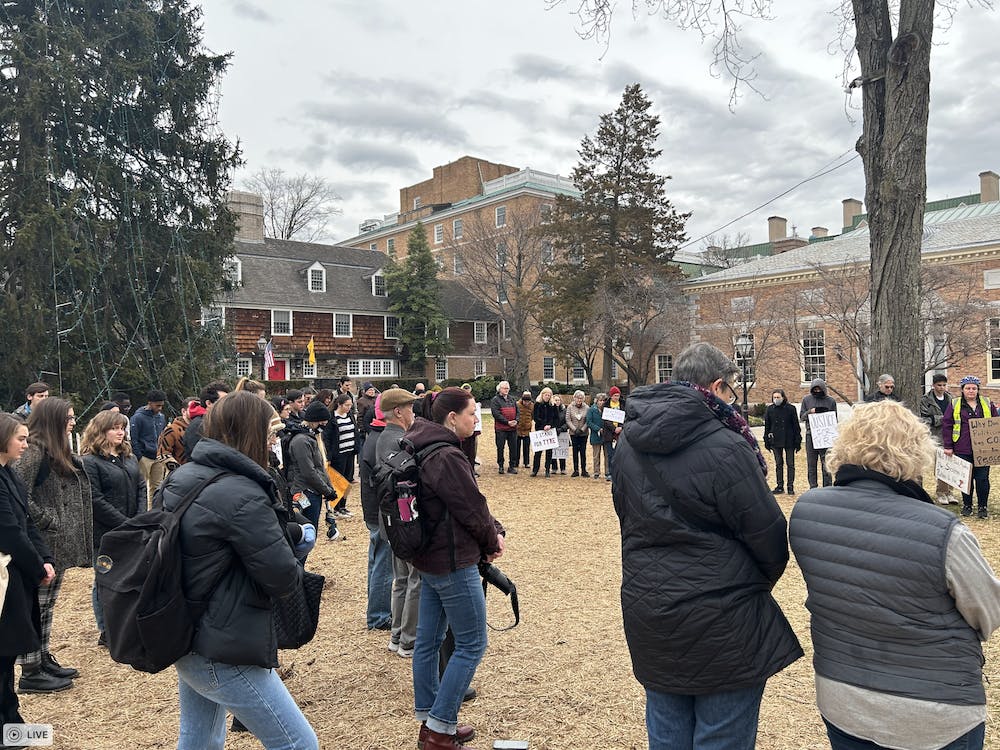