On Oct. 30, hundreds of students watched singer-songwriter Jason Derulo dance around his kitchen for around an hour via Zoom. Despite a flood of messages in the chat, Derulo was unaware that his microphone was off for the entirety of the concert.

In a statement forwarded to the student body later that night, Derulo apologized but redirected the bulk of the blame toward the video conferencing platform.

“I should have been more prepared, but to be honest, Zoom’s interface is incredibly confusing,” he wrote. “Why the hell does the little microphone have a slash through it while you’re muted?? Shouldn’t that mean that pressing the button will mute you??”

Derulo did not respond to a request for comment on why he didn’t see the word “unmute” directly below the icon. Despite calls for a refund due to the technical issues, he does not plan on returning the roughly $80,000 he was paid for the appearance.

“If anyone should pay back that 80 grand it should be Eric,” Derulo said — referring to Zoom Video Communications CEO Eric Yuan.

The Undergraduate Student Government (USG) Social Committee has also been criticized for its handling of the event.

Notably, the committee inadvertently kept the video feed of Vote100 fellow Joe Shipley ’22 pinned throughout the event — including the entirety of Derulo’s act. While students were still able to see Derulo in a small box at the top of their screens, Shipley took up around 85 percent of the Zoom display.

“I was actually really glad they brought Vote100 on as part of the opening! Civic engagement is incredibly important, and I appreciate USG centering that in this event,” Pennsylvania resident Swing Vohter ’24 said.

“That being said, it was a little weird to have Joe’s face pinned during the entire concert. I think that might have been a tad bit overboard,” she added.

With Shipley’s video pinned, it was difficult to make out Derulo’s words and even harder to spot what looked to be $80,000 in bags of cash sitting a few feet from the musician.

Despite the challenges, a number of students told The Daily Princetonian they were able to adapt to the circumstances and still enjoyed the event.

Jason Fan ’22 said his six roommates played Derulo’s music on a speaker in their apartment, nearly perfectly matching up the songs with Derulo’s dancing.

“Honestly, I wasn’t let down at all,” Fan said. “He probably would have lip synced the whole time anyway like A Boogie did last year, so it sort of felt like I was still getting the full experience.”

Opto Mystic ’23 similarly loved the concert. She said her family turned the event into competition, seeing who would be able to guess which song Derulo was dancing to first.

“This one’s too obvious!” her brother added as Derulo panned the camera a bit further into his kitchen, grabbed a banana out of a basket, and began pretending to play it like a trumpet.

Worka Holic ’21 similarly told the ‘Prince’ that he appreciated the opportunity to watch Lawnparties without looking away from his problem sets, which have prevented him from attending the event for the previous six semesters.

Though unable to determine most of what Derulo was singing, several students did criticize his reluctance to play some fan favorites. Thea Ter ’23 enjoyed watching Derulo dance to “Talk Dirty,” “Savage Love,” “Swalla,” and “Ridin’ Solo,” but felt something was missing.

“While I couldn’t hear anything, I’m pretty sure he didn’t perform any of his material from the 2019 hit movie ‘Cats,‘” she said. “So that was a massive disappointment.”

Several other students told the ‘Prince’ that while the event was enjoyable, they wished USG was able to do more to address students’ needs beyond social events.

“I never understood why this glorified party planning committee exists,” said a student who skipped several town halls about COVID-19 planning, ignored USG’s campus-wide survey on pandemic policy last spring, does not plan to attend Tuesday’s forum for students, and ensures all messages from usg@princeton.edu go directly to their spam folder.

There is a third option, though, one that the United States has been gracious enough to impart on the rest of the world in the past: foreign intervention.

To this end, I propose not only that anti-racist training is a grotesque offensive against all we hold dear, but more to the point, I suggest that we substitute our own anti-reverse racism training in its place.

Editorial Board Dissent: We cannot abolish cities. Instead, we should create a single huge city. 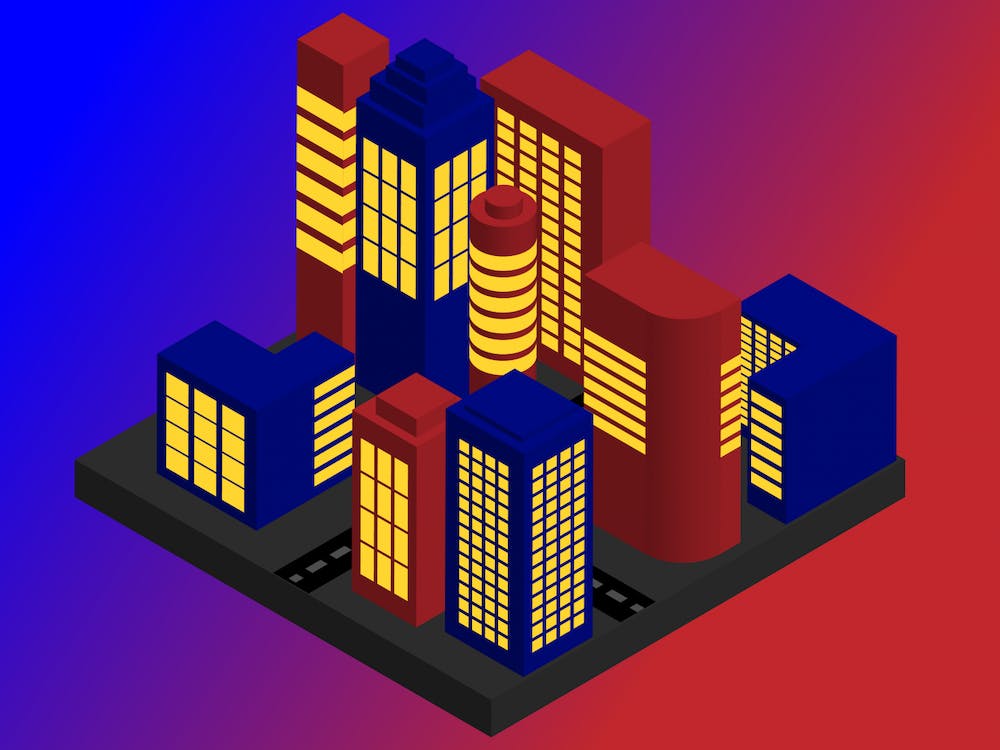 Editorial Board Dissent: We cannot abolish cities. Instead, we should create a single huge city.