It was once said, “The sun doesn’t set on the Eisgruber regime.” And then, Dean of the College Jill Dolan struck.

At 11:59 p.m. on Friday, Nov. 20, Dean Dolan marched towards Nassau Hall, surrounded by an entourage of deans and provosts. After a brief skirmish outside the building, where people and statues alike were used as pawns in the age-old game for power, Dolan stormed inside and declared herself the new President of the University.

Weeks after the official announcement of the new Dolan administration, Princetonians around the world are still reeling from the news. In a matter of minutes, the foundation of everything they knew and loved crumbled.

From life in the aftermath, The Daily Princetonian releases a month-long investigation looking at Dolan’s rise to power and charting what exactly went wrong for the former administration.

Chris Eisgruber had it all, until he didn’t.

In her inaugural IG TV address, as the world held a collective breath, President Dolan stated loudly for the people in the back:

“It is my pleasure to announce that effective immediately, I, Jill Susan Dolan, will serve as the new President of Princeton University,” she said.

She continued, “For too long, this University has been under the thumb of incompetent men. It is time for a change. Under my rule, I plan to root out lies and secrecy, and usher in a new dawn for our community.”

The lies and secrecy Dolan was referring to is the Ivy League presidents’ group chat. Long thought to be an urban legend, the group chat was accidentally revealed to Dolan when she was sent a screenshot intended for Columbia president Lee Bollinger.

From screenshots submitted by Bacow, it is apparent that Bitmojis are frequently used in the group chat, alongside weekly requests for “x-box hangouts,” “champagne chugs,” and “boozy af” Russian literature readings.

Pictures from the group chat have revealed that the Ivy League presidents secretly attend Lawnparties each semester. During Fall 2019 Lawnparties, from within Prospect House, screams of “where’s the keg?” and “chug, Chrissy, chug!” could be heard by students taking pictures in Prospect Gardens.

According to inside sources, President Dolan has never been invited to the Lawnparties festivities.

Eyewitnesses reported Dolan snooping from behind the hedges during the Fall 2019 Lawnparties, angrily muttering, “Must take power. MUST. TAKE. POWER.”

Bacow explained her initial lack of invitation, “It was pretty self-explanatory in the group chat title. For ELITES. Not a DEAN. Who do you take us for, MIT?”

He continued, “Besides, Jill’s kinda a lightweight. One Claw and she’s out.”

Sources have confirmed that Dean Dolan is White Claw’s biggest supporter. It is reported that her first act as president will be to stock all water dispensers with lime white claws.

The Battle for Nassau Hall

During Jason Derulo’s Fall 2020 lawnparties livestream, Eisgruber drunkenly announced his plans for the Spring, according to anonymous sources:

“Hold my beer, Bacow! No students on campus! Me and the squirrels will have Princeton’s campus all to ourselves,” he said.

He continued, “Yes that includes you, Jon,” pointing to a squirrel in seeming reference to his favorite newspaperman.

“That was more entertaining than Jason Derulo’s livestream,” said Jack Ingoff ’24. “That’s my president!!” he chanted from his childhood bedroom, on a Zoom call with the ‘Prince.’

Dolan, on the other hand, was appalled, according to sources close to her. This would be her final straw.

For the next few weeks she locked herself in a bunker in the Forbes Annex, where she covered the walls in her manifesto. Red Bull cans and protein bar wrappers could be seen strewn outside the door. Today, this room is open to the public as a “Dolan Historical Site.”

On Nov. 18, Eisgruber, having heard whispers of a potential coup, immediately set up a human barricade outside Nassau Hall. He enlisted ranks from the University Communications team.

By midnight on Nov. 19, the stage was set. Laying on the main path leading to Nassau Hall were 10 members of the Communication team and assorted personnel’s most formidable soldiers, ready to take up arms in support of Eisgruber. They were bolstered by chairs and tables from McCosh 50, as well as the statuesque Zodiac heads, known formerly for their arrangement outside of New South.

When asked later about their role in the coup, the team summarized their role in an email to the ‘Prince.’ “We are the University’s spokespeople, we protect the University against all who seek to damage it in print. If it takes laying down our lives to physically protect Eisgruber, we will do it,” said an anonymous source at the Communications office.

Unfortunately, they misjudged. Dolan and her entourage were able to walk around the barricade by stepping onto the grass. As they approached Nassau Hall, the Dolan forces were even able to turn the barricade against itself, using the poles from the Zodiac heads as jousting lances. Only one, non-fatal, injury was reported, but the Eisgruber defenses had fallen.

While the Communications team has now pledged their allegiance to the new Dolan administration, as punishment for their treason, she has them working overtime outside McCosh Health Center, holding yak bags for incoming first-years during Frosh Week.

An anonymous source from within Nassau Hall revealed to the ‘Prince’ how Dean Dolan stormed the building. “She swung open the doors and yelled, ‘Here’s Jilly!’”

Never one to give up, Eisgruber rushed to his office and prepared for the final stand-off. As Dolan advanced towards him, he grabbed the nearest objects and began to throw them. A stuffed tiger, Carol Baskin fan merchandise, even his Princeton diploma — all were eventually hurled at the relentless Dolan. It was only once he picked up his phone that he faltered, reportedly taking his eyes off of Dolan to look at a new text message. It was from “Saturdays are for the eLiTe 🙏💪🧠,” and it spelled his undoing.

Dolan rushed towards the now-cowering Eisgruber, grabbed the phone and, with a final motion to her entourage, removed “Chris Eisgruber” from the group chat and added Jill Dolan. The Eisgruber administration had fallen, and from its ashes arose the Dolan regime, like a tiger-striped phoenix.

Life in the New Dolan Era

We publish this on the eve of the release of Dolan’s 30-point plan for the new administration. Notably, she plans to implement a mandatory P/D/F policy for students, as well as a University-wide mandatory morning chant of Old Nassau.

Many students have declared unequivocal support for the Dolan administration.

Harry Cox ’21 explained the mass support of students. “She knows what the people want. Mandatory P/D/F, white claw dispensers? It’s all I could ever ask for,” he said.

However, a small group of students are fiercely opposed to Dolan’s new administration.

We caught up with Bacow a week later after his first interview. Noticeably less critical of Dolan, his only comment was “She’s great! Love her to death! Best addition to the group chat since GamePigeon got beer pong.” The camera shifted slightly, showing Dolan reflected in the mirror behind Bacow, staring sinisterly and making a threatening motion.

As for Dolan, she is beyond ecstatic with her new presidency. “It is my absolute privilege to be a part of the Ivy League presidents’ group chat — oops, I mean to lead Princeton University,” she said in a statement to the ‘Prince.’

As people begin to take stock after the turmoil, many are asking: where is Eisgruber now?

Some say that he is stuck in the campus foxhole. Eyewitnesses have also placed him restocking blazers at the Brooks Brothers in Palmer Square. Wherever he and his orange tie have ended up, we’re sure we’ll hear about it in the Washington Post soon. 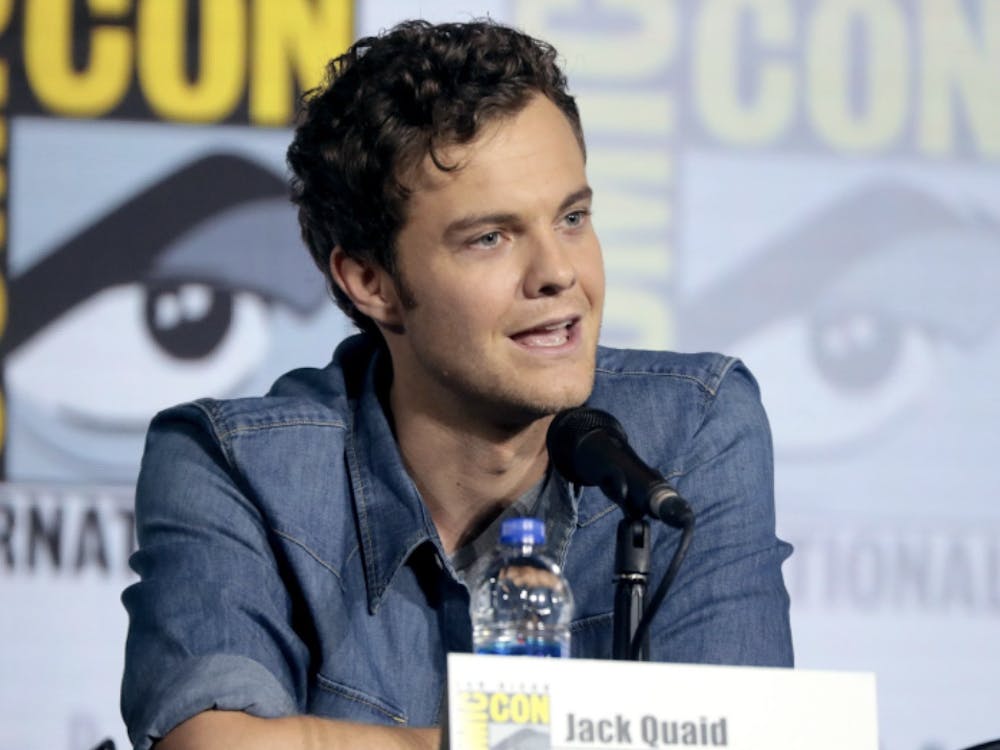 SATIRE: “Excuse me,” one sophomore asked Quaid, believing him to be a production assistant. “Could you take a photo of me and Matt Damon?”

SATIRE: “Excuse me,” one sophomore asked Quaid, believing him to be a production assistant. “Could you take a photo of me and Matt Damon?”

‘I wrote a book!’ says senior who cobbled together 20ish-page thesis in three days 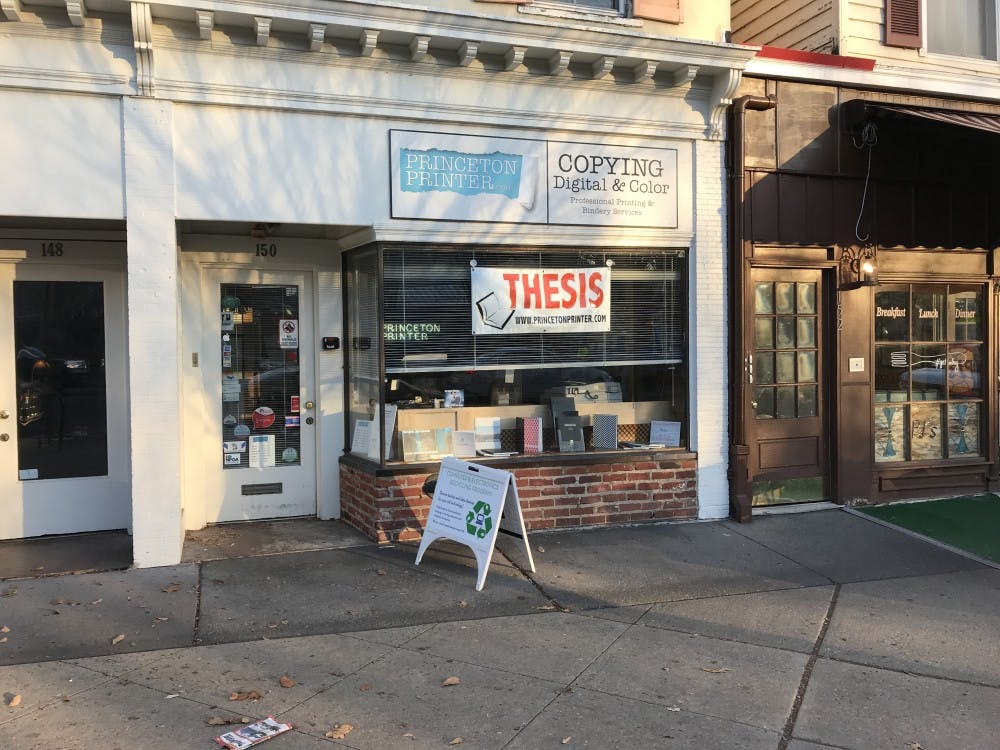 ‘I wrote a book!’ says senior who cobbled together 20ish-page thesis in three days

SATIRE: A closer investigation from The Daily PrintsAnything reveals that the essay was in fact only 19 pages in length before Ell added in a 1.5 inch left margin and seven page-long figures.

SATIRE: A closer investigation from The Daily PrintsAnything reveals that the essay was in fact only 19 pages in length before Ell added in a 1.5 inch left margin and seven page-long figures. 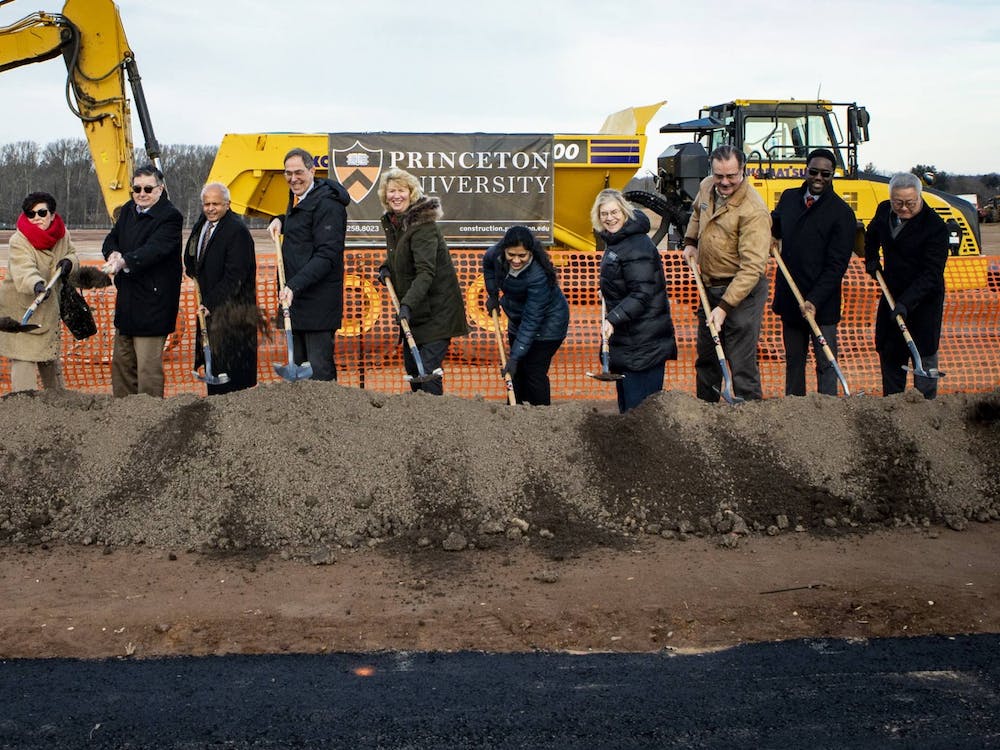 SATIRE: PSH will be hosting a critical screening of the animated series “Bob the Builder” in McCosh 50 tomorrow to garner support for their movement. Following the discussion of how Bob perpetuates pro-construction ideals, PSH members will convene at Poe Field and shout at the new residential colleges.

SATIRE: PSH will be hosting a critical screening of the animated series “Bob the Builder” in McCosh 50 tomorrow to garner support for their movement. Following the discussion of how Bob perpetuates pro-construction ideals, PSH members will convene at Poe Field and shout at the new residential colleges.