I remember reading this line of Vance’s memoir for my history class this past spring and instantly feeling understood. Growing up about 20 minutes from the midway point of the Appalachian Trail in the mountains of South Central Pennsylvania, I can relate to Vance’s rich description of Appalachian culture and the struggles that plague the Rust Belt. As our class read this work, my professor emphasized that memoirs have limitations and are meant to show one person’s historical experience rather than stand for an entire culture or movement, but I was honestly too excited about my scrap of Appalachian representation at Princeton to notice the harmful stereotypes that Vance’s narrative embedded in my perception of my own hometown. We are not all products of homes broken by drug abuse as Vance is. We are not all children of Reagan-loving parents and grandparents as Vance is. We are not all white conservatives as Vance is. These people do exist, but they do not represent the whole of Appalachia.

This summer I was fortunate to be supported by the John C. Bogle ’51 Fellowship in Civic Service to return home and assist Dr. Erika Kitzmiller with her research project, “Youth Inequality, Mobility, and Opportunity in Red and Blue America.” I took this valuable experience as an opportunity to explore the dissonance I felt while reading Vance’s memoir and reflect on my own experience growing up in Appalachia.

When virtually conducting and coding (highlighting and commenting on a transcript) interviews with youth in the area, I reconnected with my core beliefs about my hometown. While I encountered narratives of white poverty that resembled that which was represented in “Hillbilly Elegy,” I listened to and learned from conversations with Black and immigrant youth as well. It seems so obvious to say Chambersburg and Appalachia in general are diverse given my own lived experiences, but after reading only elitist liberal views of the areas in both national media and at my university for the past year, I had nearly subscribed to a false narrative about my own hometown: one that promotes an idea that everyone is white and Republican.

I was inspired by this revelation of sorts and motivated by the anger I felt regarding national issues and subsequent movements such as the COVID-19 pandemic, the amplification of Black Lives Matter, and the long journey to the 2020 presidential election. I decided to take action. In addition to conducting interviews, coding transcripts, and reading secondary source material for Dr. Kitzmiller, I was determined to visually explore and document my community so that others could see what I saw. With my newly purchased DSLR camera and as much information about beginner’s photography as I could find on the internet, I began photographing the area.

As fate would have it, my new camera arrived the morning of the first event I was planning to shoot. However, I was unable to retrieve it from the local post office in time to use it that day. Despite all of my preparation, I embarked on my photography journey using the same iPhone camera I have had access to for years. Still, I approached the task with a new motive and fresh eyes.

The “Go Green” protest, as it was called by the local politicians who organized it, aimed to pressure Pennsylvania Governor Tom Wolf to allow Franklin County to move into the “Green Phase” of reopening after the initial COVID-19 shutdown. The event was promoted through local Facebook networks as well as News Talk 103.7 FM, a Chambersburg/Hagerstown radio station with a strong conservative bias. Protestors originally planned to pressure Wolf to move Franklin County to the “Yellow Phase,” but the day before the event, Governor Wolf did just that. Unwilling to cancel their event despite their original demands being met, the group changed their mission to pressure Wolf to move the county further along in the reopening process into the “Green Phase.”

Given my moral objection to such pressured reopening, I, along with many others in the community, feared the consequences of this event. I questioned how I could fulfill my role as someone who wanted to document Chambersburg at such a crucial time, but did not want to cause harm to the community. When I arrived at the event, I noticed its participants did not share my moral understanding of the situation and I felt uncomfortable entering a space full of almost solely unmasked white men. Equipped with my mask and maintaining well over six feet of social distance, I snapped one photo of the protest from the other side of the town square and left soon after.

In the following week, I attempted to document an entirely different view of Chambersburg during the pandemic. During the original shutdown, local businesses in the community had collectively decided to decorate their windows with paper hearts to promote unity and hope in the unprecedented time. With my new camera finally up and running, I snapped photos of each of the storefronts as I walked down Main Street. It was shocking to think that just a few days earlier other Chambersburgians stood in the exact same location and promoted such a polar opposite sentiment, and it was disappointing to know that narrative was the one amplified about my community.

Two weeks after the “Go Green” event, I encountered another opportunity to document protests in the community. After the murders of George Floyd, Ahmaud Arbery, and Breonna Taylor, a small group of Chambersburg community members took to the town square in protest. I again questioned how I could both maintain my personal morals regarding community health and document such a pivotal pursuit of justice in my community. I felt more comfortable photographing this protest from the inside because its participants wore masks and maintained social distance, but I debated the most ethical way to document the event. I began by taking photos of only the signs people carried, cropping out any identifying features of participants. The sign-based campaign spoke volumes, as viewers were immediately forced to confront messages like “Latinos for Black Lives Matter” and “Silence Supports Violence.” In the context of a rural, presumed white and Republican community, these messages are radical, though, as history shows, not unprecedented.

Multiple small Black Lives Matter demonstrations throughout the end of May culminated in a large Juneteenth Love Demonstration in mid-June, in which groups like Racial Reconciliation, Franklin County; Community Uniting!; Concerned Citizens of Franklin County; and the Franklin County Coalition for Progress played organizing roles. I attended this event as a volunteer, participant, and photographer. I again focused my photography on the signs people held, the chalk messages they wrote on the sidewalks, large group photos, and, with permission, portraits of various speakers and organizers. I continued to question my position as a photographer, asking who I should center, how I could protect the identities of protestors, and how I could best amplify the message presented.

To my surprise and appreciation, The New York Times also documented the event, shedding national light on the importance of such movements in rural America and expressing some of the same sentiments about diversity and representation that I had been wrestling with all summer. I was ecstatic to see a national publication amplify my multiracial community in its pursuit of justice rather than misrepresent it as entirely conservative, as had happened countless times before.

These conflicting protests and movements are just a small snippet of my summer in Appalachia. I also went on to capture photos of trailer parks, subsidized houses, and a country club community all within the borders of the same public school district. I documented a small town diner serving country fried steak just minutes away from Mexican corner stores and a Middle Eastern restaurant. I photographed our beautiful Appalachian Mountains, orchards, and farmlands as well as suburban-style shopping complexes that have recently sprouted up near Interstate 81. Throughout the entirety of this project I have only become more deeply rooted in the belief that Chambersburg, and Appalachia more broadly, cannot be defined by one person, culture, or opinion. Though national media and liberal elites typically only cover the “Go Green” side of civic engagement in my community, and ignorantly and carelessly label my home as “Trumpland,” that simply does not give credit to the plethora of other narratives that exist here.

By working alongside social justice activists and academics alike in Chambersburg this summer, I have begun to shed the blinders “Hillbilly Elegy” had implored me to wear when viewing my community. Vance’s narrative is one of many in Appalachia, but it has come to symbolize our entire culture in national conversations. Appalachia is a complex place, especially when it comes to the upcoming election. However, more representative and diverse conversations about Appalachia deserve our national attention not just because they are politically important, but because they are valuable, rich, and worthy of amplification. In future conversations about who I am and where I am from, I will emphasize that Appalachia is not a place that the rest of the United States can blame as a way to air their grievances with modern conservative politics. Rather, our grassroots activists have mobilized the area to become a true battleground of change in our country. We deserve resources and attention in our crucial fight for justice.

Over the next three years at the University, I plan to raise awareness around what I have learned this summer in both my independent work and everyday conversations around campus. I also plan to amplify the voices of my peers who feel their story has no place in an elite space, and I encourage the University to work harder to include more narratives in conversations about Appalachia, the South, and rural America more broadly. Finally, I am open and excited to collaborate with others in the Princeton community on future efforts to promote a more diverse rural narrative at the University.

While there is not a Nobel Prize for Architecture, there are a number of coveted top prizes in the field. One of these prizes, the Royal Gold Medal, was recently awarded to Sir David Adjaye, whose firm Adjaye Associates is designing the new Princeton University Art Museum. In 2018, it was announced that Adjaye and his firm would be behind the redesign of the Princeton University Art Museum, with construction slated to be completed in late 2024. 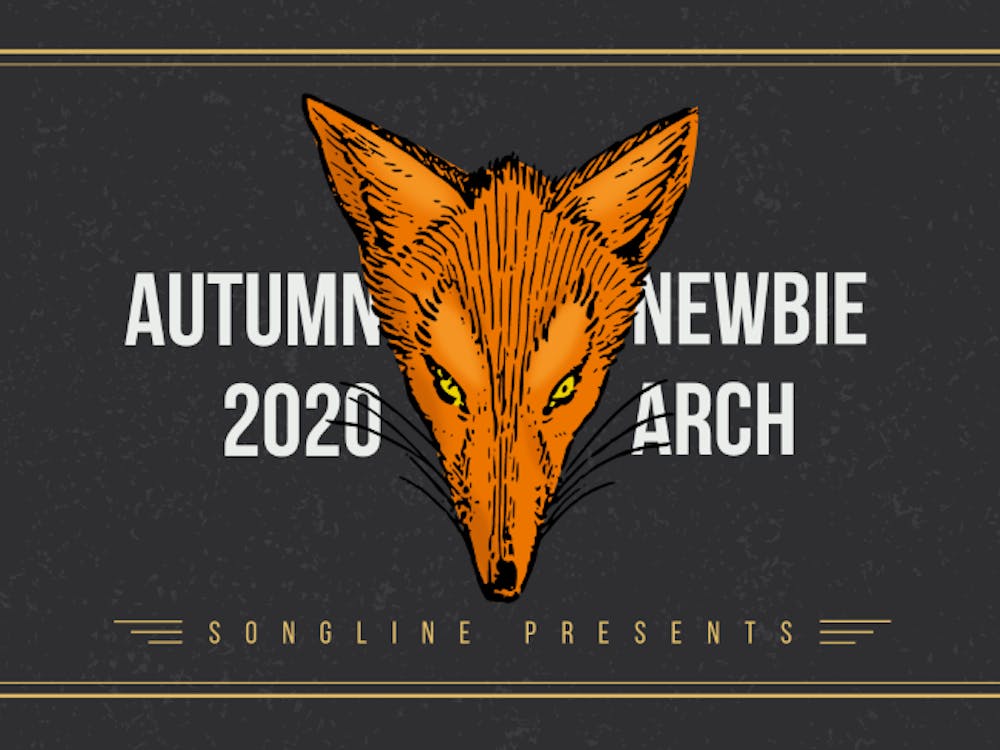 What Netflix’s ‘Indian Matchmaking’ gets right — and wrong 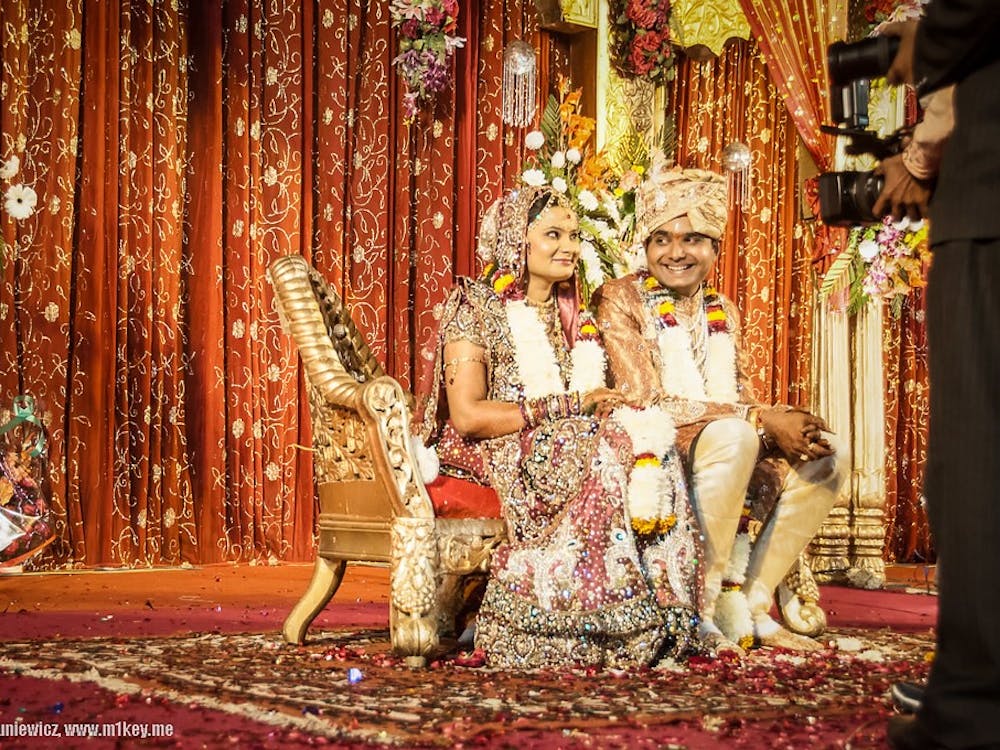 What Netflix’s ‘Indian Matchmaking’ gets right — and wrong

The tradition of arranged marriages, its toxic ideologies, and its regressive trends still exist in Indian society, putting pressure on women to compromise, instructing young adults to prioritize societal expectations, and preaching class divisions. These burdens are real and still unapologetically true, as depicted in “Indian Matchmaking.” However, they are certainly not representative of all of South Asian culture.