This year’s headliner entered the music scene participating in weekly rap battles on WTHD, a Detroit hip-hop station. In 2005, Sean Michael Leonard Anderson insisted on freestyling for Kanye West, who was at the station for an interview. In 2007, he was signed to West’s GOOD Music label. Big Sean released various mixtapes before releasing his first album, “Finally Famous,” with collaborators like John Legend, Wiz Khalifa and Nicki Minaj in 2011. 2013 was a Big year, with the release of his second album, “Hall of Fame,” and two Grammy nominations for his work on the hit single “Mercy” with Kanye West, Pusha T and 2 Chainz. Big Sean recently released his third album, “Dark Sky Paradise,” which debuted at number one on the Billboard 200 chart. The album has received positive reviews and Pitchfork has described it as “a big leap in the ideal Big Sean full length.”

An NJ native, Alus brings a range of vocals as an opener at Lawnparties. The 20-year-old released her first EP “Alustrious” in 2014 and since then her music has been gaining traction. She turned down a scholarship to the prestigious Berklee College of Music in Boston to sign with Water Music Publishing, which has worked with artists like Leona Lewis and Trey Songz. Her sound has been compared to that of Aaliyah and Janet Jackson and she has command of a variety of genres ranging from soul to pop. Alus is on the rise so don’t miss a chance to see her this weekend!

Luke Christopher is a California native who cites Elton John, Kanye West, Common, U2 and Tupac as a sampling of his original musical inspirations. Christopher released his first mixtape “TmrwTmrw” in 2012 and has since released a second, “TmrwTmrwPt. II.” He also released an independently produced singe titled “Sex With You,” which features a collaboration with Common. In 2013, he signed with ByStorm Entertainment, which has managed artists such as Notorious B.I.G. and Usher. Christopher describes his sound as a blend of feel-good hip-hop with an alternative vibe.

Valley Academy may be a new student band, but that didn’t stop the group from winning the USG Battle of the Bands competition with the prize of opening ahead of the USG headliners at Quad. Featuring David Lind ’18, Yaw Owusu-Boahen ’17 and Ben Falter ’17, Valley Academy won the competition before a panel of faculty, alumni and student judges on April 17. Not long before, Valley Academy released its first EP, “Mind Games” on March 27. Valley Academy sports an alt-rock sound inspired by OneRepublic and Ed Sheeran — support your talented classmates and jam with Valley Academy before the headliner at Quad!

As the late spring/early summer breeze ruffles your hair this Sunday, mosey on over to Tower’sfront stage, which will be playing host to Smallpools, the band behind the synth-laden “Dreaming” and “Karaoke” — you may not know it by name, but you’ve probably heard it, and you’ve definitelytapped your foot to it when you did. This band’s been on the extremely fast up and up, so makesure to take advantage of this chance to see them before they explode. With beats reminiscent ofthe unholy love quadrachild of Vampire Weekend, Passion Pit, Walk the Moon and AmericanAuthors, they’re just the right sound for the warm-but-chilly Lawnparties vibe — kick back andrelax, but have raging fun!

Charter did it again - they found the next big alt-rock band. Hailing from Asbury Park on the Jersey Shore, Brick + Mortar is an electronic drum and bass pop duo, made up of lead singer and bass guitarist Brandon Asraf and drummer/vocalist John Tacon. The band’s alternative, electronic sound resembles a crossover between Imagine Dragons and 2000s-era Arctic Monkeys. In 2013, the band dropped their second studio album, “Bangs,” featuring “Locked in a Cage,” which reached #36 Billboard Alternative Songs in 2014. In the last three months, Brick + Mortar has released three new singles — “Move to the Ocean,” “Voodoo Child” and “Hollow Tune,” a power ballad sure to make radio waves this summer. A strong foundation for your Lawnparties experience, Brick + Mortar is a band on the rise.

Say “hello!” and get all those nostalgic feels with Hellogoodbye! There is literally “no place else [you] could be” but Colonial for Lawnparties, where this rockin’ pop band will help you relive those precious middle school memories with songs from their first full album “Zombies! Aliens! Vampires! Dinosaurs!” (oh my!), as well as hits from their more recent works like “Would It Kill You?” and “Everything Is Debatable.” In 2007, their megahit “Here (In Your Arms)” made its way up the charts and into iPods across the country, eventually going platinum. Other songs, such as “All of Your Love” and “Oh, It is Love” have been featured on MTV. Current members of this group include Forrest Kline as the lead vocalist and songwriter, Augustine Rampolla on keyboard, Andrew Richards on guitar and Michael Garzon on drums. When they’re not touring and spreading their musical awesomeness, Hellogoodbye also covers songs by The Beatles and Blink-182. Princeton, go out and experience one of the best feel-good bands EVER!!!

There will be positive vibes and sweet sounds all around at Terrace this year, with Princeton’s own afrobeat virtuosos, Sensemaya, opening up for legendary electronic artist French Kiwi Juice. Sensemaya’s rhythmic grooves and funky horn section are only amplified by sunshine and green grass, and as a result whenever they perform outdoors they never fail to deliver. Though Sensemaya is a tough act to follow, French Kiwi Juice promises to up the ante and make your feet even happier. Though the French producer’s bouncy, soulful sound has pervaded the Terrace music scene for the past few years, FKJ has never crossed the pond until now, and Terrace is one of the first stops on his first North American tour. This is not one to miss: His uplifting beats and tropical vibes will be like honey to your ears.

Whatchu doin? Nothing, chilling, waiting for St. Louis-born rapper Chingy to come to Lawnparties this Sunday. Chingy grew up in the Walnut Park section of St. Louis and began rapping there in his late teens. In 2003, Chingy signed with Ludacris’ Disturbing Tha Peace record label. Once signed, he released “Right Thurr,” a song that you should definitely be familiar with by Sunday, which put him on the map of the hip-hop industry. His first album, “Jackpot,” certainly hit the jackpot — it went platinum with two million copies sold. The album had guest appearances from famous rappers including Ludacris, Snoop Dogg and Murphy Lee. His second album, “Powerballin’,” featured Lil Flip, Lil Wayne, Nate Dogg and Janet Jackson and starred “Balla Baby,” another song you need to check out before Sunday, as its lead single. Chingy is a real balla and high roller. He calls the shots and thinks that you’s a hater, tryin to play him. Don’t play Chingy — go see him at Cap this Sunday!

Wild Ones are coming to Ivy! Founded in Portland, Ore. in 2010, the band currently has six members:keyboardist Thomas Himes; lead vocalist Danielle Sullivan; guitarists ClaytonKnapp, Nick Vicario and Seve Sheldon; and bassist Max Stein. According to Sullivan,“this band was born out of our desire to have a democratic, all-inclusive musicmaking process.” The band creates music that is an eclectic mixof pop, German techno and American R&B. Spare 3 minutesand 11 seconds of your life and listen to the mellow beats of “Keep it Safe,” and don’tforget to kick it with Wild Ones on Sunday!

Cloister Inn will feature The Big Wahu, a Caribbean band based in Bethlehem, Pa. The three-piece band plays a variety of musical genres including authentic calypso, reggae, Caribbean and guaranteed feel-good beach music. Over the past five years, The Big Wahu has built up a steady reputation as a fun and talented group that has played at gigs along the East Coast and even in Costa Rica. With specialty instruments such as flutes, bass and steel pan drums, this band is not to be missed for the diverse sound it will bring to Sunday’s acts. Be sure to stop by Cloister to listen to The Big Wahu perform their summer hits and covers under the big blue sky.

Cannon’s having a carnival! Featuring jams brought to you by DJ Relly Rozay, Cannon will also feature the magnanimous presence of Percy the Camel, a real-life dromedary. What else could you ask for? It’s not every Lawnparties that you can meet an even-toed ungulate! For Relly Rozay’s jams, for the carnival and for the love of camels — go to Cannon this Sunday.

It’s ’80s morning at TI this Sunday, and Lawnparties staple The Deloreans will take you back to the era of “Like A Virgin” Madonna and Bruce Springsteen. Chances are, you won’t be sporting neon get-ups or legwarmers, but the members of The Deloreans certainly will be, and they will also be pumping out nostalgic tunes, accompanied by energetically off-the-wall dance moves. Trot out to TI’s lawn to catch what’s sure to be a fun and funky show. 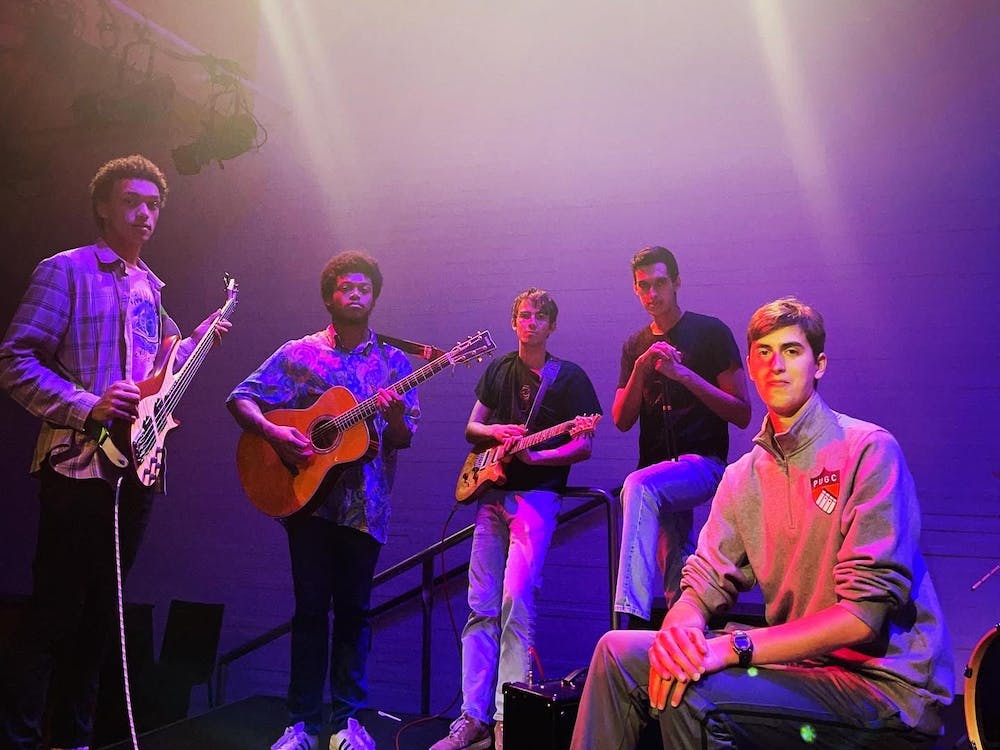 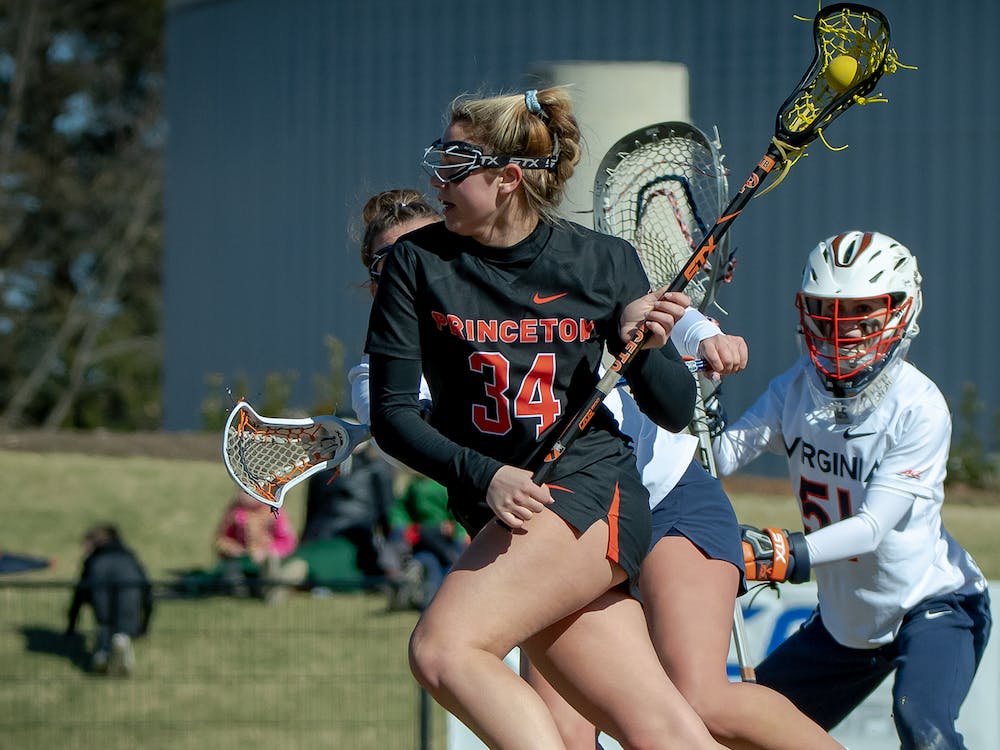 Tiger athletics are on fire. Both men’s and women’s lacrosse teams are climbing their way to the top of national rankings. The men’s track and field teams placed fifth at NCAAs. The women’s basketball team earned another Ivy tournament title.

Tiger athletics are on fire. Both men’s and women’s lacrosse teams are climbing their way to the top of national rankings. The men’s track and field teams placed fifth at NCAAs. The women’s basketball team earned another Ivy tournament title. 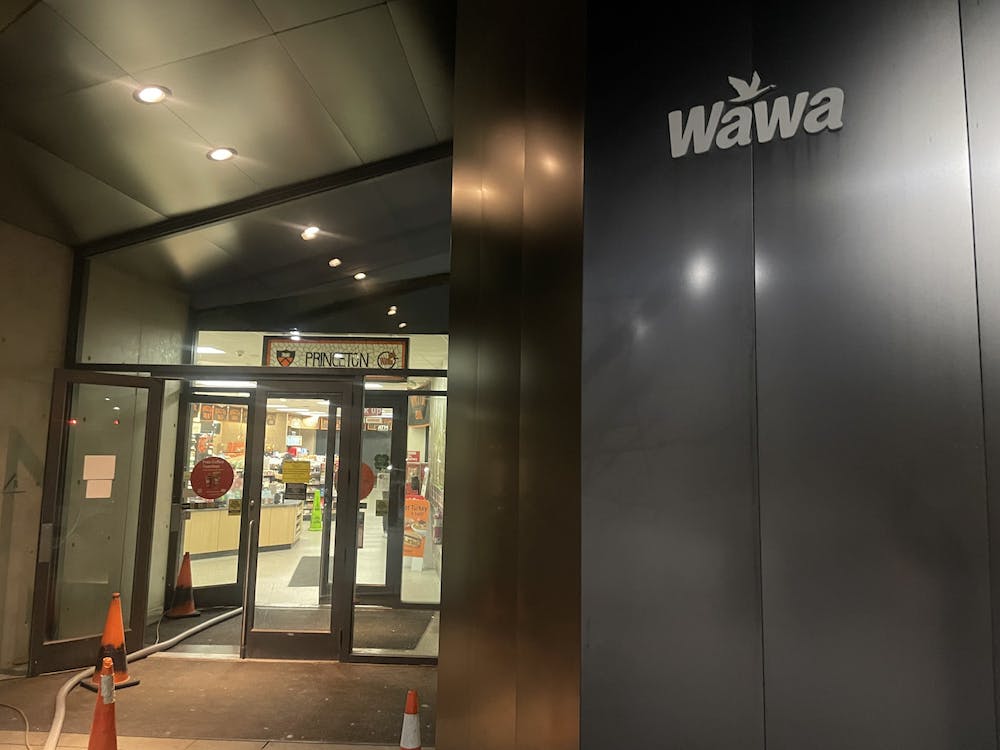 For many Princeton students, Wawa is more than just the location of a late-night snack run. It’s a staple of the Princeton night-life — a place to go after a night out on the Street or in Firestone library. As the ongoing pandemic causes other late-night campus dining options to shutter their doors, Wawa alone offers satiation to midnight hunger pangs.

For many Princeton students, Wawa is more than just the location of a late-night snack run. It’s a staple of the Princeton night-life — a place to go after a night out on the Street or in Firestone library. As the ongoing pandemic causes other late-night campus dining options to shutter their doors, Wawa alone offers satiation to midnight hunger pangs.