As the Triangle Frosh Week show progressed, paper airplanes that once flew in anticipation of the performance gradually transformed into crumpled paper balls that shot towards performers. Was this Triangle’s plan when they placed pieces of paper underneath the auditorium seats? Perhaps, but this development certainly reminded me of Elizabethan theaters where audience members would bring fruit to throw at actors. Not as messy, yet still disrespectful. “But it’s tradition,” some might say — but that was the crucial flaw of this show as a whole. Too much Triangle tradition did not receive serious reevaluation or appropriate adjustments for a show meant to provide new students with a taste of Princeton culture.

Before I continue, I assume that Triangle likely had serious limitations in terms of time and content, being so close to the beginning of the school year. Furthermore, not all skits in this show were problematic. A good number of skits — such as the Princeton Never Changes skit, an excellent parody of Princeton’s donation and alumni culture — contain superb wit and highlight the talent within Triangle. Nevertheless, several of their skits should be reworked for future incoming classes in recognition of how they portray Princeton’s community as a whole.

One of the first skits was a well-executed mockery of the Bechdel Test  — a commonly cited litmus test for how media treats women with three conditions: two named female characters, a conversation between said characters about a topic that doesn’t involve a man, and sometimes within a specific time span. The Bechdel Test originates from a comic strip by Alison Bechdel, who satirized the fact that such a large percentage of artistic media still cannot pass this simple threshold, signaling the almost ridiculously lacking representation of independent (and non-heterosexual) women in the cultural zeitgeist.

Yet, the parody started to lose its impact since the Triangle show as a whole did not reflect the same level of self-awareness as the aforementioned skit. Excluding that singular skit, the rest of the show failed the Bechdel Test. Now, one can argue that most of the characters were nameless. This is true, but that does not explain why it was so difficult to find two female unnamed characters talking about something that didn’t involve romantic thoughts, sex, or cheating on a man.

Beyond the visible, unseen elements were equally troubling. For instance, the show had a surprising lack of LGBTQ+ representation amongst its characters. The closest example of anything resembling a character within that spectrum was one of the Yalies sexually harassing a Princeton student who violated the Honor Code; this was troubling on two levels: that ridiculing other institutions involved stooping down to morally abhorrent stereotypes and that sexual harassment was the only example of non-heterosexual attraction within the entire show.

Now, why does this matter? It’s supposed to be fun. They are jokes. Yes, but they are also one of the first experiences new Princeton students will have when they arrive on this campus.

If the point of performances like Triangle’s is to help students acclimate to Princeton’s culture, what do these observations say about us? That female students mainly talk about boys in private? That the LGBTQ+ community is small enough to not even be an (to quote an audience reaction, “Still sucks to be [an]”) extra? Or that 10 generations will still not be enough to alter certain jokes because we laughed at them?

They say “we are what we eat.” In that case, I can only be disappointed when considering the jokes we consume. If Princeton readily accepts outdated mindsets for our own traditions, then in retrospect, the outrage towards Woodrow Wilson’s name looks like a publicity stunt.

Am I saying that Triangle deserves a similar fate as the School of Public and International Affairs (SPIA) and First College? Absolutely not. They are a team of Princeton’s finest artists, comedians, and designers. Their performances have demonstrated incredible finesse and the club is a significant ambassador of the University. However, excellence should not overshadow the potential to grow. Not all stories require the representation of every underrepresented group. However, when a show’s title directly implies welcoming a new and diverse audience into the Princeton community, a discussion about representation may be warranted in the writers’ room.

To note, this may not solely apply to Triangle. To the several “traditional” rituals that persist through Princeton organizations: “If this was done to me in a non-Princeton setting, would I be okay with this?” That being said, I still look forward to — and have full faith in — what this generation of Princeton artists can create to unite an entire auditorium in both laughter and recognition.

Chris Park is a sophomore in the economics department receiving a dance certificate. He is from Seoul, South Korea and can be reached at sanghyun@princeton.edu

In episode two of Go With the Flo featuring Andrew Hama, we discuss what an investment banker actually does, our Lawnparties act predictions, how to make the most out of the Princeton network, and much more.

In episode two of Go With the Flo featuring Andrew Hama, we discuss what an investment banker actually does, our Lawnparties act predictions, how to make the most out of the Princeton network, and much more.

Princeton must invest in more resources for trans*, queer, and femme students

Princeton must invest in more resources for trans*, queer, and femme students

“The Pride Alliance demands that the University immediately begin prioritizing the mental health and well-being of its queer and trans* students, women and femme students, and Black and Indigenous students of color.”

“The Pride Alliance demands that the University immediately begin prioritizing the mental health and well-being of its queer and trans* students, women and femme students, and Black and Indigenous students of color.” 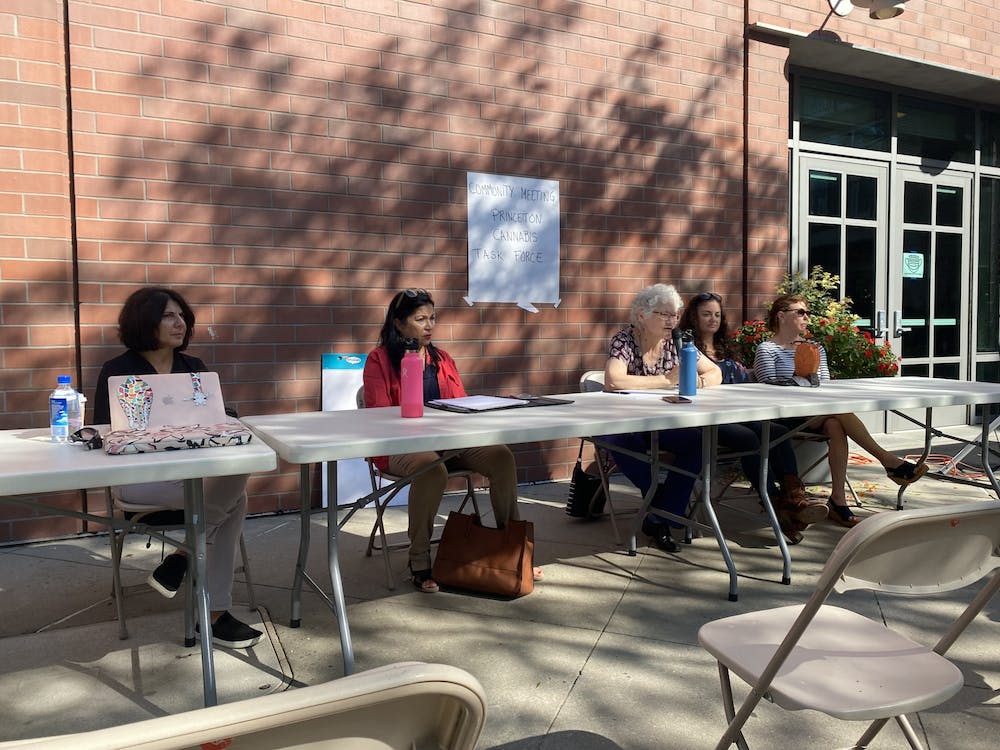 In a Saturday public meeting at Hinds Plaza, members of the Princeton Cannabis Task Force discussed dispensary locations, thus encountering some pushback from certain members of the town with reservations regarding the new measures.

In a Saturday public meeting at Hinds Plaza, members of the Princeton Cannabis Task Force discussed dispensary locations, thus encountering some pushback from certain members of the town with reservations regarding the new measures.