Princeton trustees unanimously vote to ban Among Us, Skribbl.io, and Kahoot

In a rare turn of events, the University has officially banned three games on its liberal arts campus. Students enrolled in undergraduate or graduate programs must refrain from playing Among Us, Skribbl.io, or Kahoot, according to a recent announcement.

The decision comes after repeated complaints from parents that tuition funds were ill-spent and that disruptions have erupted in the University community.

“The Board of Trustees unanimously voted to ban the games for the mental health and wellbeing of the student population,” a University spokesperson said.

It is unclear how this decision will impact the University’s complex relationship with the Street. The ban comes three days after the Interclub Council (ICC) unanimously voted to permanently rename twelve historic institutions — its eating clubs — the “Among Us” clubs.

“Nobody has eaten in these buildings since the fall, so it makes no sense to call these places ‘eating clubs,’” ICC president Katherine Ramia ’21 said. “Since we left campus, Among Us has become the only defining feature of the club experience.”

While planning to reinstate Bicker this spring, Charter Club announced its intention to select sophomores based entirely on Skribbl.io high scores. Sophomores with the best artistic abilities and funniest names will earn double the usual points.

The winning names are expected to go to “08544,” in reference to Forbes College’s zip code and distance from the center of campus, and to blackPINK housemates, named after K-pop fans who loved baking bread and singing “Ddu-du Dddu-du” en route to Forbes’s neighbor, the Pink House.

The club did not respond to a request for comment on how the ban will impact their selection process, but have since announced a virtual exhibition of selected Skribbl.io artworks for the newest Princeton University Art Museum, set to open in 2024.

According to the University Trustees, the Department of Public Safety has answered at least a dozen anonymous calls pertaining to volume control and hackers Zoombombing these online games.

Local police departments in 47 U.S. states and territories, as well as 17 other countries, have reported similar instances involving students living off campus. Some students have formed “igloo pods” living on a frozen Lake Carnegie, causing disturbance to people and the environment.

A petition was circulated around campus earlier this year calling for the University to enforce clearer measures about volume control and remove access to Among Us, which Schris Heisgruburg, the organizer behind the petition, deemed a “violent game.”

The petition, with only 10 signatories — nine of whom were related to Heisgruburg — stated that the University “ought not to promote games that exert violence against students, pit imposters against innocent victims, and propel a vicious cycle of lying and happiness gleaned from those lies.”

Students have banded together against the University’s decision. At time of publication, 100 students are protesting in front of Nassau Hall and asking the University to reinstate access to the games.

“We already have so much stress from the nonstop work and upcoming final exams,” Catherine Milton ’24 said. “Now they’re expecting us not to play games and calling Among Us violent? Are you kidding me? The name of the game shows that we’re, literally, bonding.”

Still, the University has given no indication that it will back down from the decision originally announced to students in a campus-wide email.

“All undergraduate and graduate students must delete the app from their phones and refrain from playing the game, effective immediately,” the email stated.

“Any student caught playing the game or reminiscing over past experiences will face punishments before the Honor Committee,” it continued.

The Honor Committee declined to comment, though a person familiar with the group’s decisions said punishments may include a forced gap year, loss of access to Tiger Confessions#, and “the consumption of solely Wilcox chicken for the remainder of your Princeton career.”

Along with Among Us, with its popularity rising off the charts, the University also banned two other games, Skribbl.io and Kahoot, for “childlike activities.”

Skribbl.io, a digital version of the classic party game Pictionary, encourages participants to draw images based on a given word. Students compete with friends to guess the correct answer, and points are awarded based on speed and accuracy.

The other game, Kahoot, expects students to guess answers to questions, and operates similarly.

“Skribbl.io and Kahoot represent the antithesis of research and higher education,” University administrators wrote. “We want students to avoid games that encourage them to act like children or activities that promote the guess and check method. As an institution rooted in long-term progress, we expect students to engage in meaningful research, not trivial activities.”

Professors have provided mixed responses to the University’s decisions.

“So much of Skribbl.io, Kahoot, and what they represent — childhood innocence, the fun of guessing, a live-in-the-moment mentality — foster a strong sense of community,” said Nicholas Karrawaz, who teaches the popular course ENG 385: Children’s Literature, commonly known as “Kiddie Lit.”

According to Karrawaz, at least five students per year ask him for advice to stay happy and free from the pains of adulthood. By embracing fun games that spark momentary fun, Karrawaz believes, Princeton students graduate from college less stressed.

His son, Nicholas Sparks Karrawaz, also a professor in the English department, agreed.

“I can’t believe the University will go so far as to ban games,” said the younger Karrawaz, who recently completed a book called “The Return,” which won the Princeton Writing Seminar award. 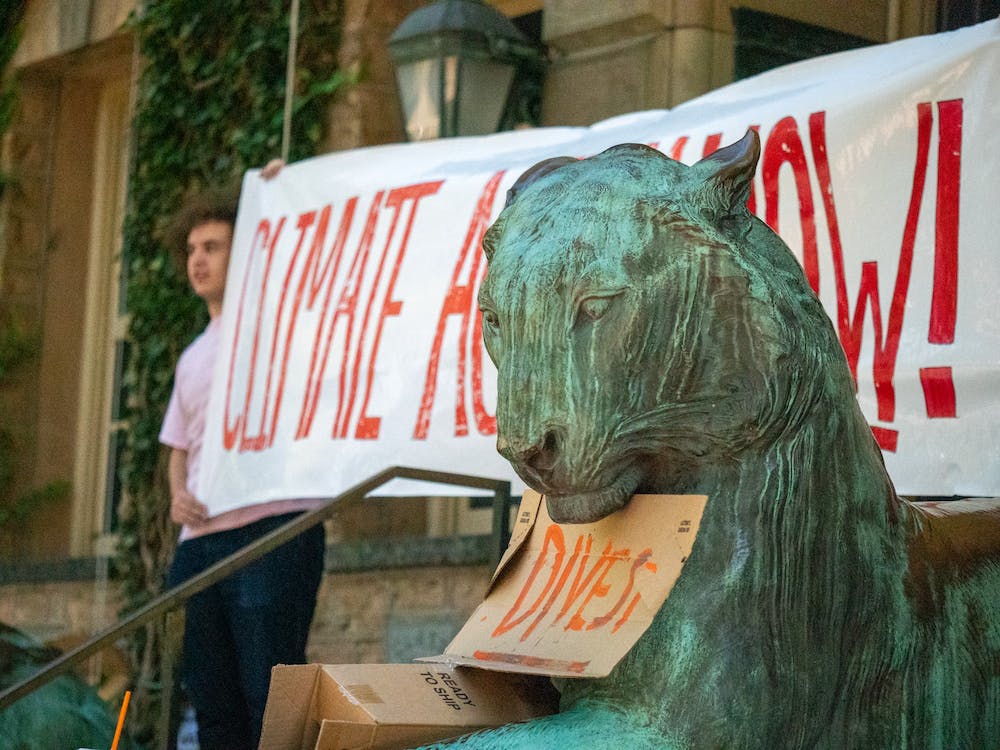 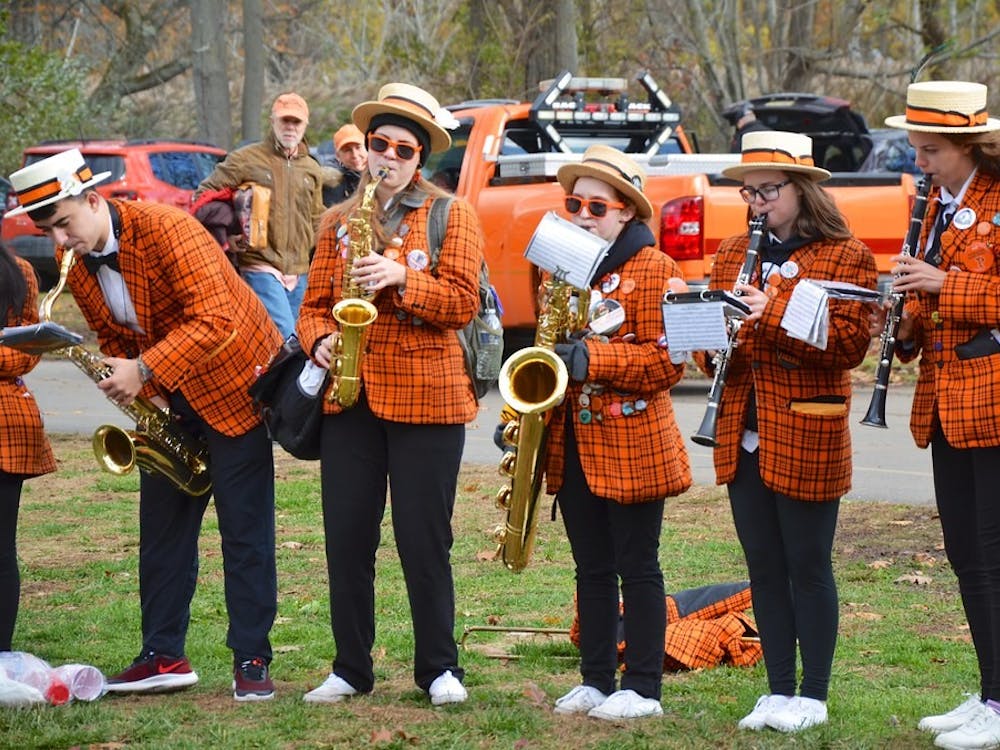 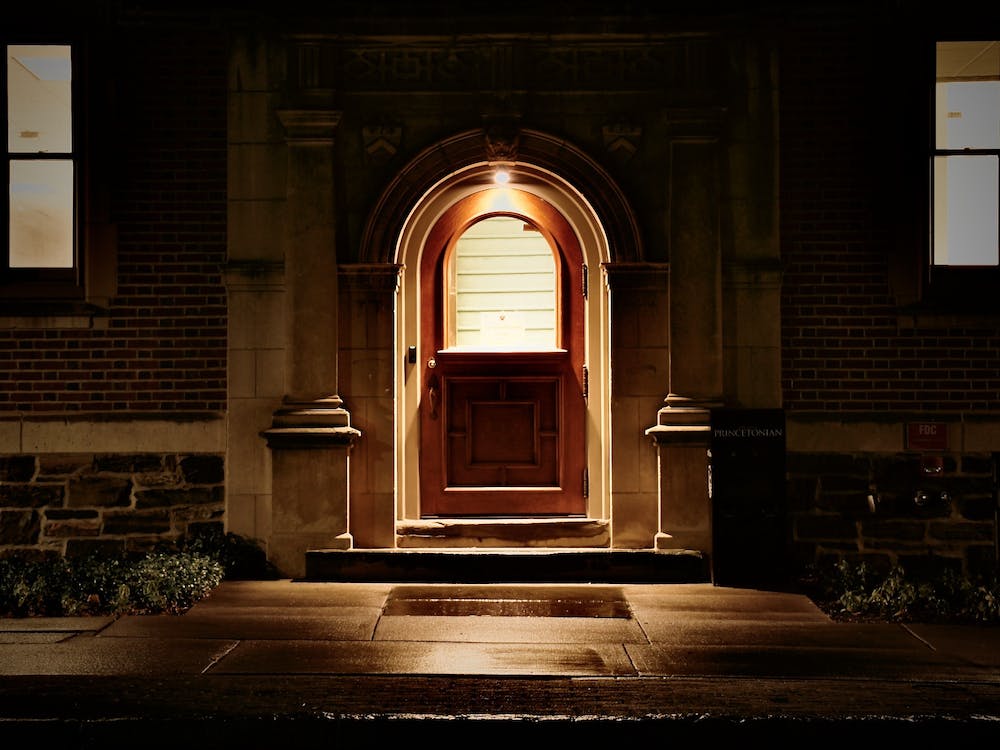