Having spent eight months and 13 days in quarantine after the COVID-19 pandemic arrived in the United States, I find it exceedingly difficult to remember a time when I felt comfortable in a room full of 20 people or didn’t have to wear a surgical mask during neighborhood walks. Enjoying life by way of its spontaneity and adventure — especially in regards to travel — has become operational, premeditated, and painstakingly planned.

Though it is our principal duty to wear masks, social distance, and take precautionary measures so as to keep ourselves as well as our families safe, the nostalgia of once-unplanned escapades with friends can be quite overwhelming — especially as we’re trapped in the cyber-confines of our Zoom classes.

In my own defense, I blame Whole Foods’ Camembert cheese display for sending me down an agonizing rabbit hole of nostalgia and making me pine after a pre-COVID-19 existence. Trudging along the clustered grocery aisles and rhythmically repeating my list of toothpaste and gluten-free cookie dough in my head, my mundane reality dematerialized in the presence of the majestic leaning towers of Camembert within my grasp.

Beyond the golden halo of tungsten bulbs surrounding these creamy discuses, the pungent “parfum” of the bloomy rinds — piercing through my N95 — wafted me into memories of simpler and more savory times. As crazy as it may sound, the mere sight of cheese transported me back to my favorite adventure thus far: France.

As the country that introduced us to the revelations of dairy pasteurization, aspirin, Alain Delon, and the first ever camera phone, France stands alone in its robust, romantic, and epicurean cultural heritage. Yet, far be it from my own very biased, American cultural musings, it has been said time and time again that the French inhabit a certain… “je ne sais quoi”  trickling down from their stylish dress to their rich food — their effortlessly cool gestures, elegant gait, and the exceptional way in which they smoke their Gauloises.

Evidently, profiting from such cultural behaviors doesn’t always require a prominent French lineage or passport, but rather, embodies a way of life. By this very nature, you can choose to live like the French in the same way that I chose to — during  my own visit —  take blissful, two-hour lunch breaks, go on strike, and restrain myself from yelling at bureaucratic agents when they reverted my call on 40 separate occasions. I mean, once you break all of it down, how hard is it to enjoy life with French “laissez-faire?”

In high school, a crash-course student exchange to the dignified country of André the Giant — a French wrestler unofficially crowned the world’s greatest drunk after consuming 119 12-ounce beers in a six-hour period — gave me the chance to put my shrewd hypothesis to the test. Indeed, it was an emotional voyage riddled with fake friends (“faux-amis”), spiteful taxi drivers, pungent whiffs of “Trou du Cru” cheese, and your average 18th century building on every block.

And yet, my experiences in France helped me explore labyrinthine avenues of cultural exchange and imparted quite profound philosophical maxims. Particularly in regard to the proverbial expression “ça fait chier” (I’ll allow Google Translate to take this one for heightened comedic effect), which remains a fitting verse for all of life’s uncomfortable situations. Though it’s impossible to condense the discoveries of my trip into one measly article, I will proceed to break down its two most memorable chapters, starting from my time spent in Trévoux with my host family, to my final and “consummating” moments in the City of Love — colloquially known as Paris. 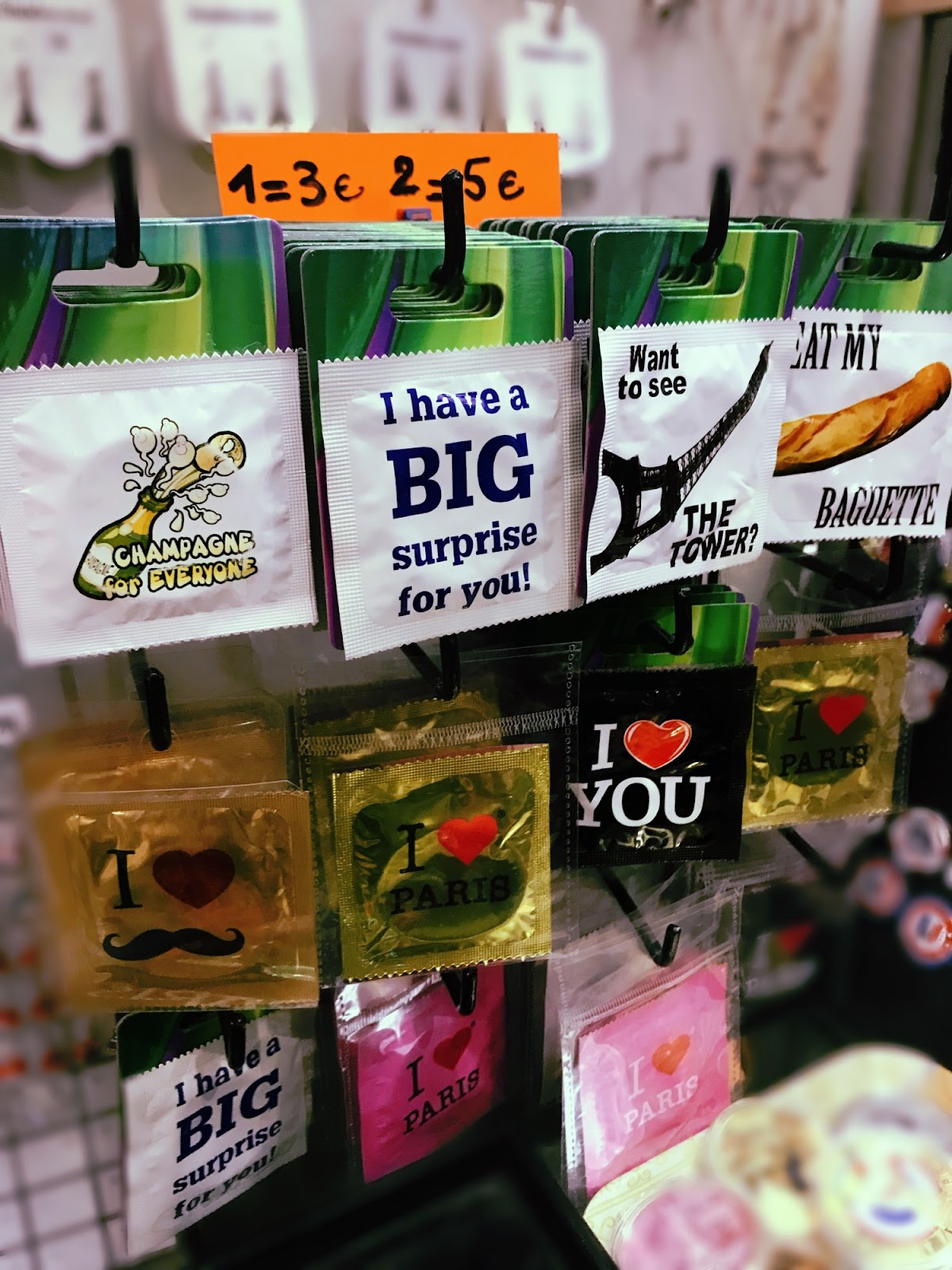 Consumed by nervous excitement, profuse hunger, and a sense of boundless energy — as I was well past my airplane melatonin hangover — I was ready for my inaugural day in France. From my first few glances, I could already feel myself redefining any preconceived notions I had of the nation itself.

Unsurprisingly, the countryside did not look anything like the stock images of Paris I had researched prior to my trip. In fact, my host family lived in a pastoral and seemingly forgotten town located 30 minutes outside of Trévoux, a suburb of Lyon situated near the left bank of the Saone River. Their rustic, stone-cobbled house inhabited a suburban alleyway that was fiercely protected by wispy corn crops carpeting the whole region of Ain.

Though my expectations were unfulfilled, I was enchanted by the rural farms of the “campagne,” and, beyond that, so excited to make a positive impression on my host parents. Unfortunately,  that latter pipe dream didn’t last long — precisely because of those pesky French “faux amis” or fake friends ... Allow me to explain. 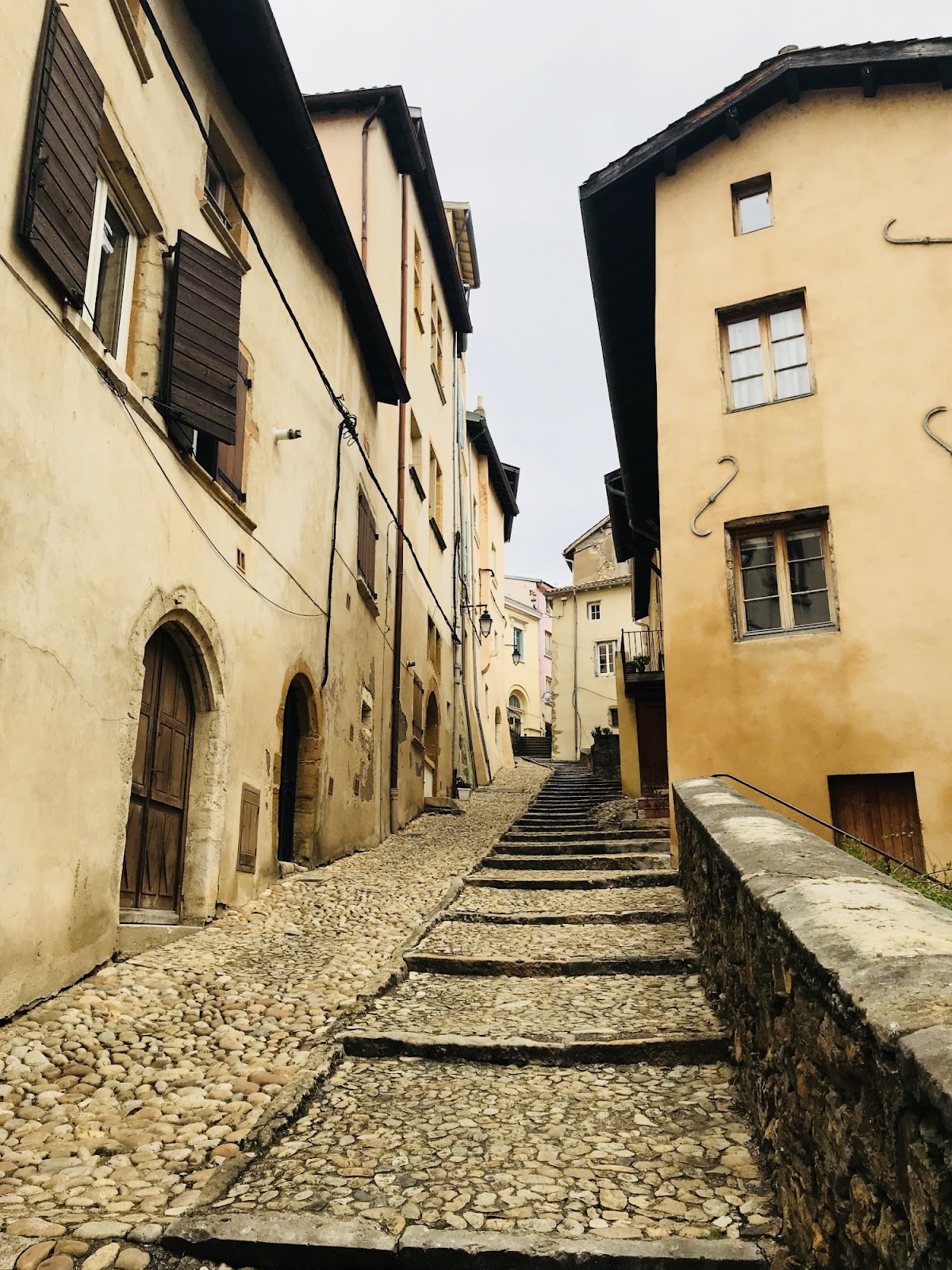 Greeted with a delicious panoply of “croustillante” (crispy)  croissants, berry “confitures,” and tiny “tartlettes,” I was formally seated for a stylish breakfast/meet-and-greet with my family. We exchanged gleeful grins, tins of butter, and passionate glares of approval after having tucked into various, flaky pastries (admittedly, I was the one doing most of the “tucking”).

As the initial glamour of warm croissants dissipated and the prospect of having an American invade their precious home took center stage, the table settled into sedimentary silence and my stomach into sedimented dread. Time truly began to feel like one of those rainbow slinkies that just kept stretching and stretching on, and I began to panic while thinking of things to say using my “extensive” French II vocabulary.

While I tinkered with a cup of “jus d’orange” (orange juice)  in my hand — the one word I did know — an idea sparked. With a mischievous and self-assured smile, I asked the foreboding question: “Est-ce qu’il y a des préservatifs dans le jus d’orange? Puisque, c’est si bon!”

Now, in my head, this was, quite literally, the most perfect remark. I meant to ask if there were any preservatives in the orange juice — since it was so good. Weird question, I know, but just go with it. Evidently the grammar was spot on, the words were beyond two syllables, the nature of the comment was complimentary (in regards to the stellar orange juice), and it served as a superficial method of breaking the silence — or so I thought.

The question beckoned a conspicuous jolt of confusion among the French council before me. For what felt like hours, I was appraised with livid stares, muffled burbles, and stifled laughs from my English-speaking host sisters.

Alas, my perked ears curled behind my head as my host sister duly explained: “preservatif” in French does not mean “chemical preservative,” it means “condom.” My first ever verbal interaction with my host family had been me asking, “Are there any condoms in the orange juice?”

Evidently, I had made a fake friend. The French language is full of them. A fake friend, or faux ami, is how the French refer to words that appear to be similar between two languages but mean entirely different things. Fortunately, in my case, there were no condoms in the orange juice. In retrospect, however, that might have made the situation less awkward. 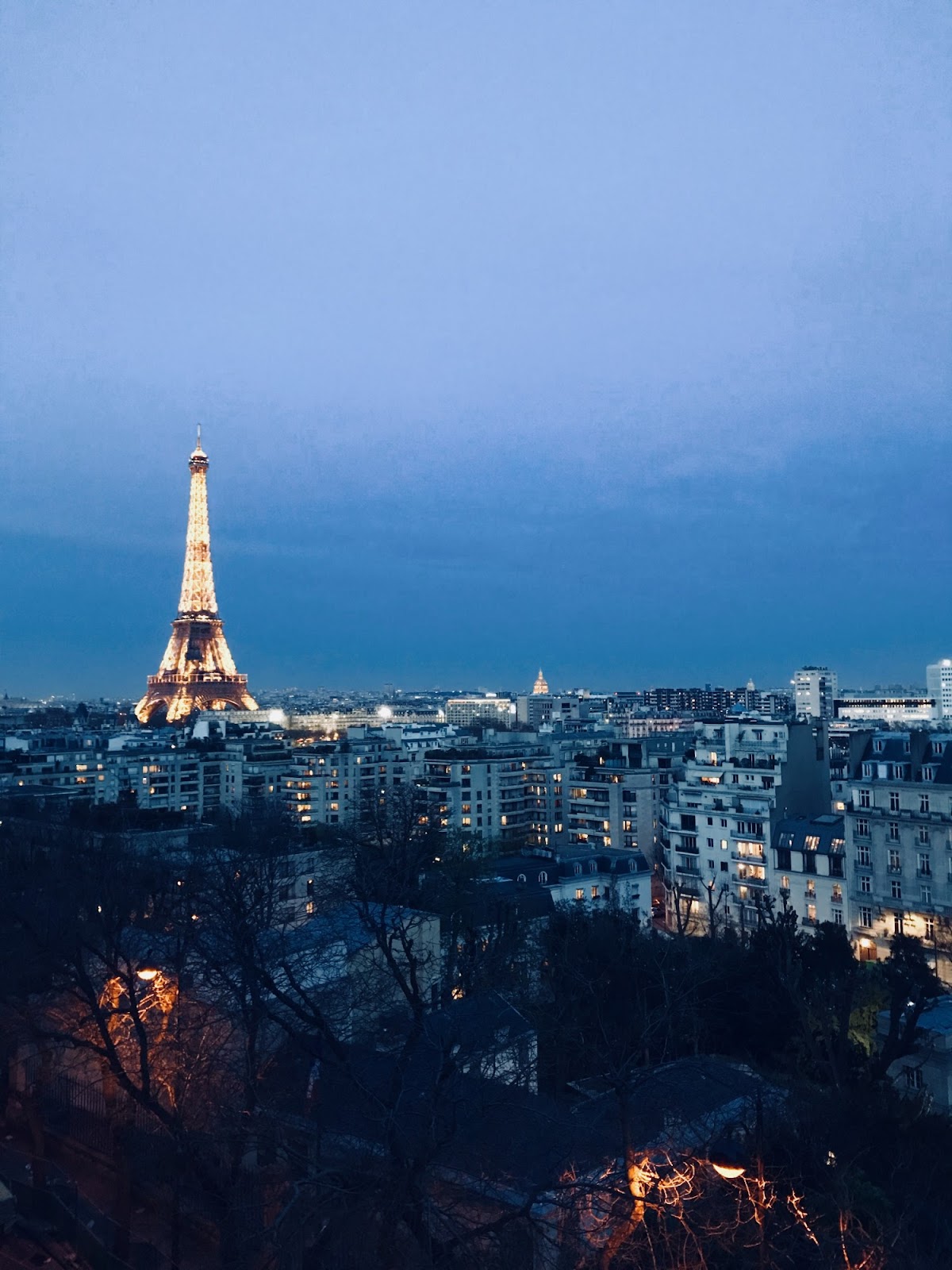 It might be cliché to admit, but I did fall in love in Paris, with a man by the name of Georges. You might know of him, actually … last name, Brassens?

I was told by my host sister that he was a famous French author and musical “compositeur” from the 1950s. He was responsible for the creation of a musical accompaniment to a poem titled “Les Passantes,” (“The Passerby”) written by the French coal miner Antoine Pol, which just happens to be my favorite song of all time.

Perhaps this is an unpopular opinion, but this song has taught me more about love than watching “The Princess Diaries” a hundred times over ever could.

The first time I listened to Les Passantes was on a rooftop balcony in the 19th arrondissement of Paris; it was a cosmic experience. With my legs dangling off of an uncut and crumbling edge, it felt like my body was being swept into the melody itself alongside an enveloping and warm city wind.

Every pick of the guitar seemed to set off a sequence of light flickers in and around the windows of Paris —  the entire city seemed to be helping me play an abstract form of Guitar Hero. But beyond the guitar’s mellifluous melodies, the lyrics of Les Passantes spoke honestly about fleeting and unrequited moments of love — the “moments” I undoubtedly knew best as a finicky and frustrated 15 year-old. 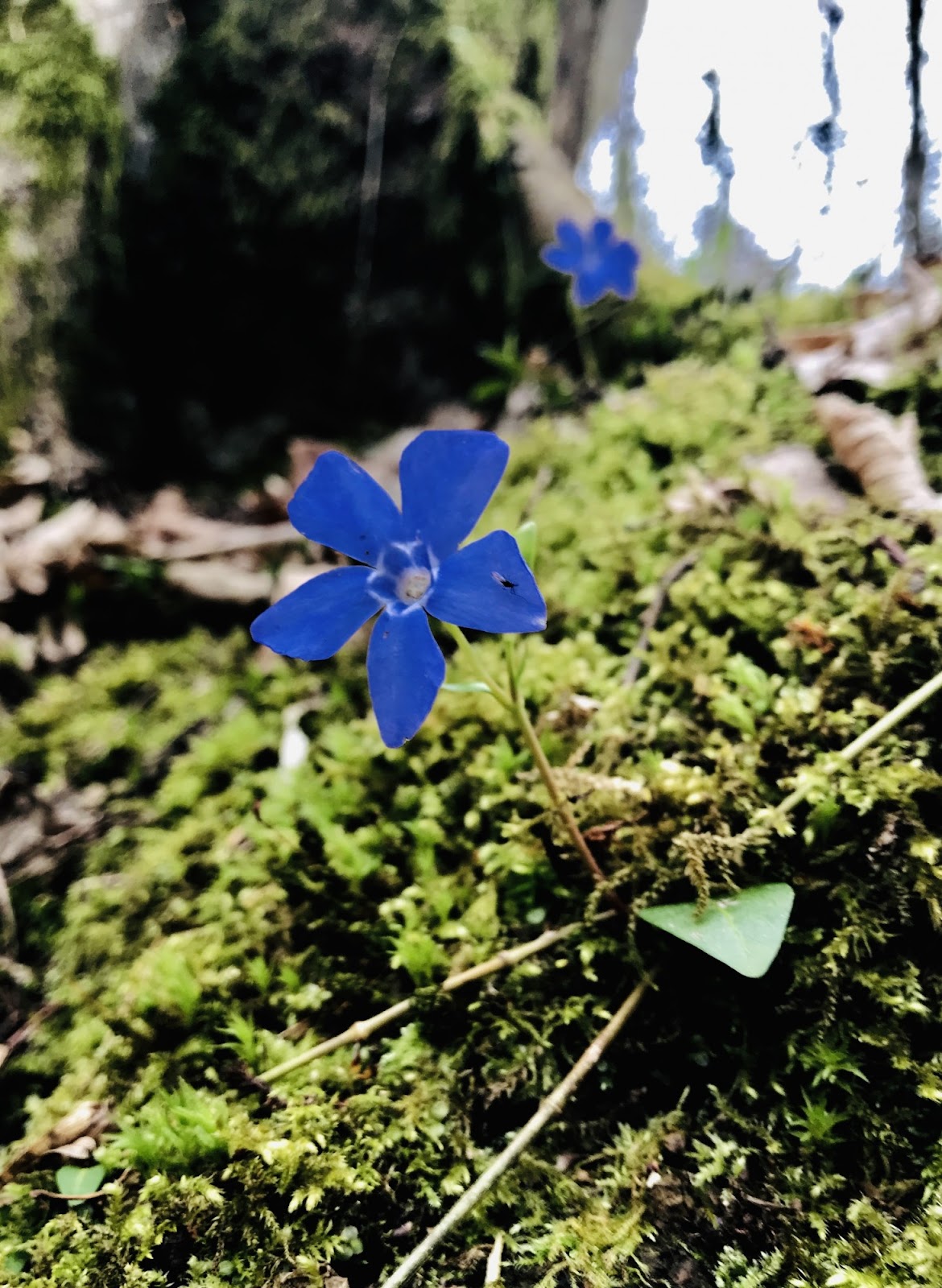 Les Passantes taught me that love isn’t only sustained through the founding of deep and strenuous relationships. In truth, much of what we love in life can’t stay constant — feelings fade and circumstances change.

I remember tussling with this idea while sitting in the grass of “Parc des Buttes Chaumont” and staring at a fiery wild tulip before me. The ruby tulip swayed gently as I brushed my fingers against the plush petals and contemplated picking it for myself.

At that moment, the gem-like beauty of the flower overwhelmed me. There was this enduring sense of responsibility I felt in loving and protecting it from its harsh surroundings. But what would really happen if I kept the flower for myself?

I would pick it with my grubby hands and put it in my pocket, only to find its petals limp and crumpled as I’d return home for the day. Indeed, overcome by this need of selfish ownership — which I liken to love and relationships in this analogy — I’d make the beauty of the blossom fade faster than it would if I’d just left it in the patchy grass.

Finding a parallel between love and botany might be a stretch, but I think this gets at a greater idea in that sometimes it’s okay to just love from afar. It’s okay for love not to materialize into this heroic or cinematic covenant between two people. It’s okay to acknowledge love and let it pass you by. Because, just maybe, that fleeting instance is what kept love in its most pure and unadulterated form. Tulips for thought. 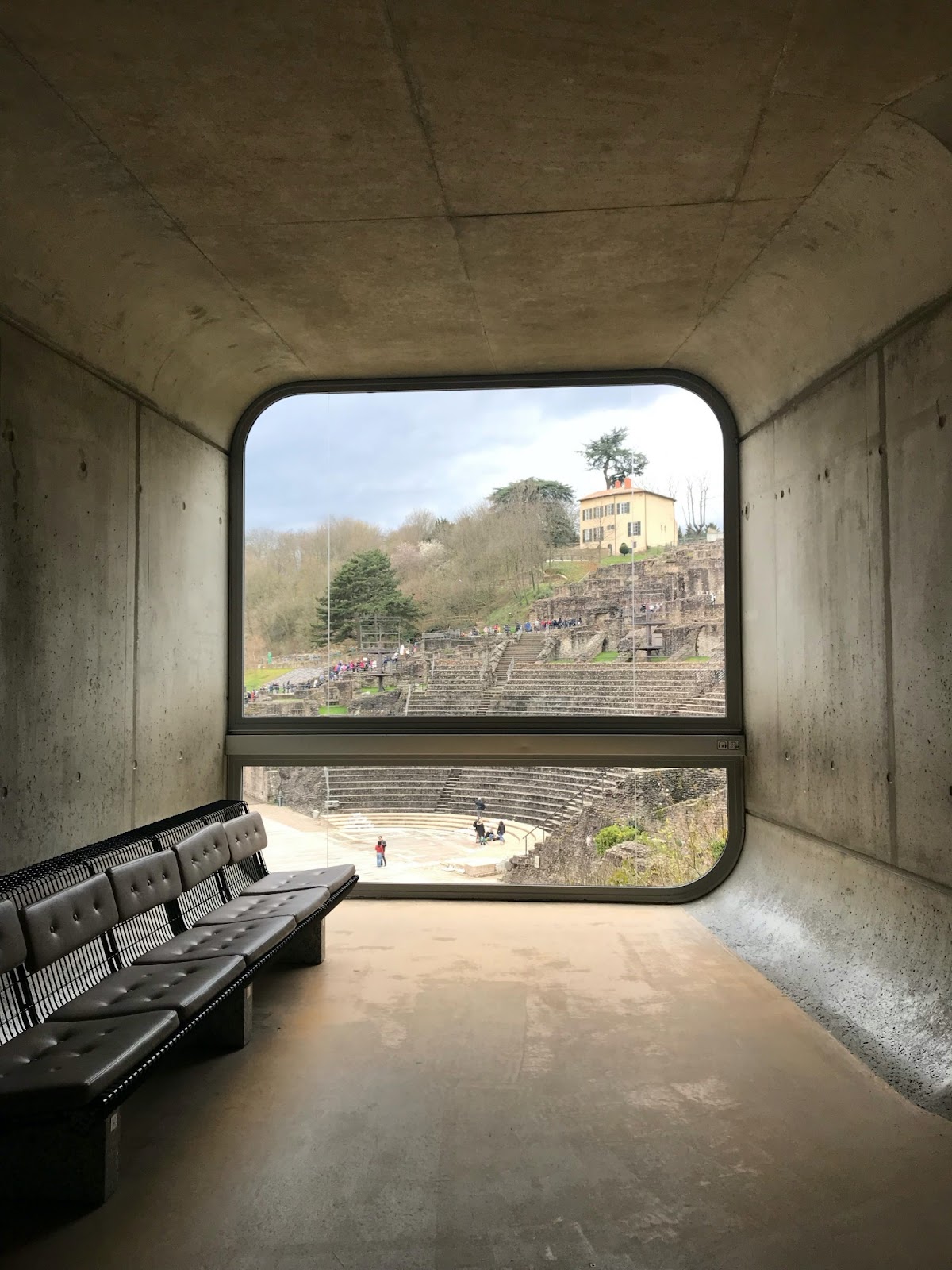 As my grocery cart came crashing into a spire of LaCroix and the smell of Camembert disappeared to that of an evanescent memory, I was swiftly brought back to my post-apocalyptic reality. But it wasn’t all that terrible, as I was left with a smile and a few fond memories.

I soon realized that, though the pandemic makes it harder to fumble about life spontaneously and without caution, our lives today reveal the importance of reliving and looking through the windows of our most epic memories.

Talking through our past adventures might be the only cure for the ineluctable human fear of missing out. Cherished readers, I hope this article gives some sort of reprieve — that these ruminations existing outside of their cultural context perhaps entice a kind of daydream missing in your lives amid cyclones of homework and worldly problems.

’Til next time, au revoir!

A message of encouragement

A message of encouragement

In her final letter for the spring semester, editor-in-chief Emma Treadway sends a note of encouragement. She asks, “As future leaders who are working to better the world, what is all that work without empathy and a respect for ourselves and the people we serve?”

In her final letter for the spring semester, editor-in-chief Emma Treadway sends a note of encouragement. She asks, “As future leaders who are working to better the world, what is all that work without empathy and a respect for ourselves and the people we serve?”

There will not be an option for students to continue virtual instruction in the fall 2021 semester, except for extenuating circumstances, according to President Eisgruber.

There will not be an option for students to continue virtual instruction in the fall 2021 semester, except for extenuating circumstances, according to President Eisgruber.

Princeton to hold Pfizer vaccine clinics, open to all

[PLT]: Why we should abolish the res college listservs

The pandemic does not end when we go home