It’s been a year full of amazing highs for the Tigers, but they were dealt a critical blow this weekend.

As they looked to remain contenders for the NCAA tournament berth, the Tigers (21-6, overall, 11-2 Ivy) knew that the only way to guarantee a share of the league title with the Yale Bulldogs (22-6, 13-1) was to win their final three games. However, by splitting their games this weekend – a loss to the Harvard Crimsonon Friday, a win against the Dartmouth Big Greenon Saturday– the Tigers fell out of contention for the league title. Yale’s victories over Columbia and Cornell to finish their season put them at 13-1 in Ivy League, and earned them the chance to represent the Ivies in the postseason.

Traveling to the Lavietes Pavilion to do battle with the Crimson (14-16, 6-8), the Tigers came in looking to keep step-for-step with the Bulldogs in the standings. Their chances seemed high after they had demolished Harvard, 83-62, when these teams had met in Princeton back in February. The Crimson, looking to play the role of spoiler, were determined to come back after their defeat, as they opened up going toe-to-toe with the Tigers. Princeton’s offense had balanced contributions from the starting lineup. In particular, hot shooting from junior guard Spencer Weisz to start and strong play around the rim from junior forward Henry Caruso were key in the Tigers’ start.

Despite this, the Crimson were successful in separating themselves near the end of the first. With the teams neck-and-neck at 31-29, the Crimson would outscore their visitors 12- 6 (punctuated with a late 3 pointer from reserve Patrick Steeves) to enter the second half with an eight-point edge. They had spent the entire half punishing the Tigers down low, having outscored Princeton 26-14 in the paint through the first 20 minutes.

Coming into the second, Princeton came ready to play. While Harvard pushed the lead up to 10 to start out, the Tigers responded with vigor, putting up 11 straight points (five of which came from junior guard Steven Cook) to take the lead. It was here, though, that the aforementioned Steeves would begin to shine. Normally putting up 9.1 points a game, Steeves scored nine straight points in the span of four minutes to quell the Tiger run, and would lead his team to a five point edge, with just under 10 to go.

Nevertheless, the Tigers didn't become shell-shocked. Cook remained hot, scoring from the paint and from the line seemingly at will. One of the highlights of the game was Cook’s penetration and gorgeous spin move around his defender to get the Tigers to within three points. Steeves, however, was there yet again, dropping in two three-pointers about 90 seconds apart to push Harvard’s lead to four (at 65-61) and keep the visitors at bay.

The Tigers would still have a push left in them. As the game wound down, within the two minute mark, the Tigers were down just two points. Cook, yet again, would come through – standing well behind the arc, he dropped in a bomb from downtown to give the Tigers a 69-68 lead with just 95 seconds to go. Despite this, Harvard answered Princeton’s challenge, as the Crimson's Zena Edosomwan got the entry pass down low to complete with just 41 seconds to go, putting his team back up by two.

Princeton, looking to stay alive in the Ivy League race, had a last push in them. Freshman forward Devin Cannady, a stellar player all season long, got inside for the layup with just 34 seconds to go, putting the game back up level. But who else would keep the Crimson going but Steeves, drawing a foul with just seven seconds to go and getting two free throw shots, sinking both both for the lead, 73-71.

With one opportunity remaining to keep their dream of a tournament berth alive, the Tigers headed down frantically, with Cannady dishing the ball to freshman forward Myles Stephens for the layup down low. Stephens looked like he had the shot, but Steeves saved the day once again for the Crimson with the timely block. Cook corralled the rebound for one final chance, but his layup attempt rolled off the rim, to the Tiger fans’ dismay. Coming so close to forcing overtime, the Tigers were forced to walk away from the battle truly empty handed, without a win and without a chance to become league champions.

Despite the disappointing result, the Tigers had to keep their heads high for the final road match of the season. The Big Green (10-17, 4-9) had not been the most threatening foe in league play so far, but could still look to upset the Tigers, like Harvard had the night before. It would not be the case – the Tigers jumped all over the Big Green from the get-go, holding a 14 point edge before 10 minutes had expired in the first half. Cook was in excellent form, scoring seemingly at will as he went 6-8 from downtown in this one, for a career-high matching 27 points on the game.

As a whole, the Tigers could do little wrong on either offense or defense. They shot 55.6% from the field in the first and held Dartmouth to just 38.5%, en route to a 21-point lead, when the first half had concluded. They had also completely demolished the Big Green in getting points on the fast break – the Tigers held a 19-6 edge over Dartmouth in terms of points off of turnovers.

The second half was hardly better – the Tigers would remain sizzling and push their lead to as high as 30 points. The Big Green would never come to within striking distance, as the Tigers cruised along to an 84-65 victory. Along with Cook’s outburst, Caruso, junior forward Pete Miller, and sophomore guard Amir Bell would score in the double digits to lead the Tigers to one of their most efficient offensive performances this season.

Despite ceding the league title to Yale, the Tigers have the opportunity to finish up strong as they play their final game of the season, at home against nearby rival Penn Quakers. No matter the result, the Tigers have already guaranteed a second place finish, their best showing in the Ivy League since the 2012-2013 season. 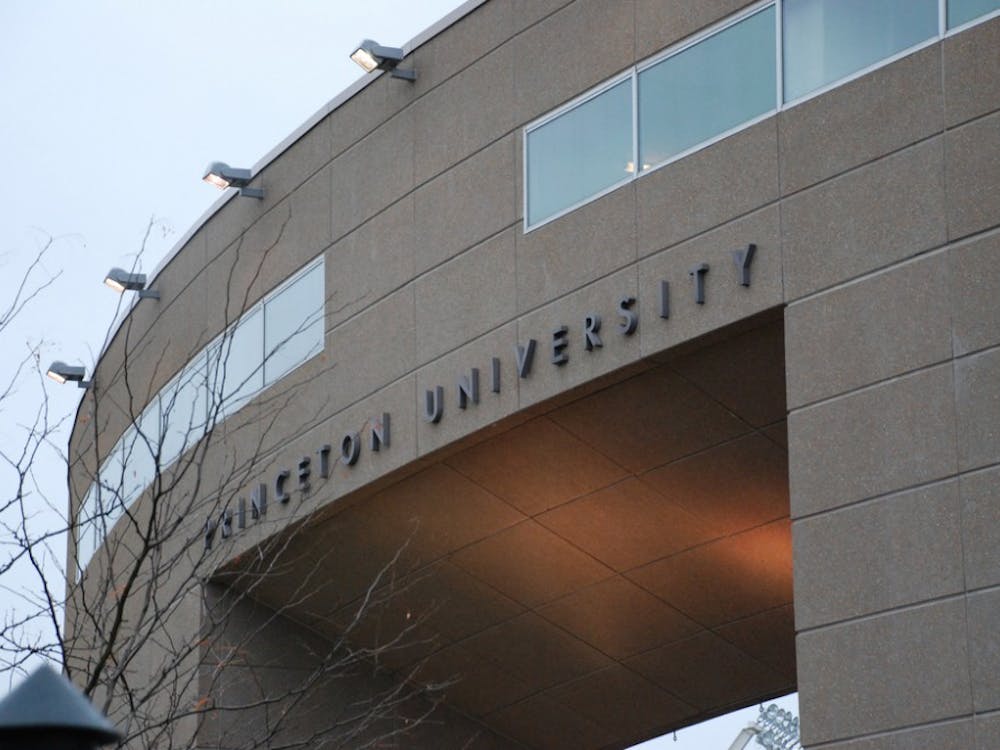