The recent surge of violent attacks and hate crimes against Asians has led to fear, grief, and anger in the Asian and Asian American communities. Reading about the eight innocent victims of the Atlanta massage parlor shooting was a cold wake-up call for the country about the danger Asians and Asian Americans face daily — that people would go to great lengths to harm or kill Asians solely based on their race.

These violent attacks aren’t simply isolated incidents. Rising anti-Asian hate stems from a complex and underreported history of racial bias, xenophobia, and oppression, the likes of which do not just come and go.

It is not surprising that Asians are fearful for their safety and lives. Recently at dinner with my family, as I was setting the table, my mom warned me in Chinese: “Wenwen, with all the violence against Asians, you need to be careful. When you go back to Princeton, travel in a group.”

It was then I realized how my daily life was profoundly affected.

The current compromised state of the Asian American community is only exacerbated by the deeper issue of overlooked systemic racism and discriminatory prejudice within our society.

I have always been aware of racism and stereotyping of Asians, having experienced it in my own life. In elementary school, classmates would ask me if my family ate dogs or if raising the pinky finger was offensive in China. In high school, I had peers who constantly told me, “Your dumplings make the hallways stink.”

Most of my friends in the Asian and Asian American communities have also had similar experiences, often letting these comments slide, laughing them off, or pinning them on ignorance to avoid arguments. But the casual reinforcement of racist stereotyping and biases can be deadly. These daily microaggressions against the Asian and Asian American communities have crept into the American cultural zeitgeist as the norm, leading the public to ignore the racial motivations behind violent attacks like the recent Atlanta shooting.

Asians have been speaking out against anti-Asian discrimination for years. For example, in 1973, A Grain of Sand: Music for the Struggle by Asians in America by Chris Iijima, Nobuko Miyamoto, and Charlie Chin,  the first Asian American music album ever released, was an artistic message calling for change and strength among the Asian and Asian American communities as well as other minority communities.

As I listened to this powerful recording for the first time in ASA 320: Asian American Autobiography, I was struck by the lyrics, which emphasize different aspects of the Asian-American experience. From songs like “Yellow Pearl'' to “Somos Asiaticos” to “Imperialism is Another Word for Hunger,” the lyrics highlight the many underlying issues — historical, social, and racial — that have culminated in the current surge in violent and sometimes fatal attacks against Asians.

The title “Yellow Pearl” is a play on words, referring to the Yellow Peril back in the 1800s — the wave of nativist sentiments that portrayed East Asians as evil-looking, unclean, foreign outsiders, invading the United States. Spurred by the Yellow Peril sentiment, the Chinese Exclusion Act of 1882 became the first United States law that barred immigration solely based on race.

A Grain of Sand is a call to reflect on America’s historical record of Asian scapegoating and harassment — from racially-motivated violence and labor abuse during the 1848 California Gold Rush to Trump’s labeling of SARS-CoV-2, the virus that causes COVID-19, as the “China virus.” It is impossible to ignore that the recent surge in anti-Asian sentiment — specifically, the idea of blaming COVID-19 on Asians — was strongly driven by Trump’s racist rhetoric, encouraging white supremacy. A Grain of Sand — a musical statement for unity across the Asian American community as well as other minority communities — is just as important, if not even more important, today.

A Grain of Sand is also a plea for solidarity within the Asian and Asian American communities. In the song “We Are the Children,” the lyrics “We are part of the third-world people who will leave their stamp on America” seek to mobilize Asians to combat marginalization and fight against the sentiment of social, political, and geographical inferiority as “the third-world people.”

What strikes me is that, although A Grain of Sand was produced in 1973 to speak out about the difficulties of immigrating to the United States, I look around fifty years later and still see deeply rooted racial and social divisions. In times like these, I am both glad that A Grain of Sand speaks to our emotions and feelings and disappointed that its lyrics are still deeply connected to the Asian experience.

When the news broke about the Atlanta shootings, I also thought about how Asians generally fit into American society. How are we viewed? How are we treated? Despite centuries of anti-Asian violence and state-sponsored nativism, why does it feel like this is the first time we have talked so openly about anti-Asian hate? Young Kwok “Corky” Lee, a Chinese American journalist and photographer, had similar thoughts and concerns.

In 1869, the Western and Eastern tracks of the First Transcontinental Railroad were finally connected at Utah’s Promontory Point. Although Asians toiled laboriously on the tracks, Corky Lee noted that not even one Asian could be found in a photo commemorating the completion of the railroad. Lee asked, “Where were [the Chinese]? They were photographed everywhere else! You know, it’s like after you finish a movie, you have a wrap party and everybody who’s involved with the production shows up?! But where were the Chinese?”

That’s true even now! Where are Asians in current American society — even amid these racially-motivated crimes?

As I read the news articles about the gunman and the shooting, I questioned: Why are the media and news sources so hesitant to recognize a degree of racism that motivated the Atlanta shooting? Why is everyone so quiet?

Although the shooting was premeditated, the gunman was described as having a “bad day” by the police and humanized in many news reports. In the same way that Asians were deliberately omitted from those 1869 photographs at Utah’s Promontory Point, modern American media are suppressing our voices as well.

As I continued to read Lee’s Untitled Photo Essay, I felt a mix of emotions, especially when I reached his photo of the Vincent Chin Demonstration in Detroit in 1983. Initially, I was surprised to see Asians on the street back then as Asians are not typically known for or displayed in history textbooks as engaging in radical action and assembly. Subconsciously, I must have thought Asians to be a more complacent and relatively silent community. Upon my realization, I felt regretful, recognizing a need to keep learning and uncovering my own unconscious biases.

Moreover, I realized that although Vincent Chin’s death sparked widespread anger in the Asian community in the 1980s, I had never heard about Vincent Chin’s death from my parents or my friends. Sometimes, I can’t help but feel that my parents, first-generation immigrants, and other Asians still feel constrained, unable to speak out in today’s America. Because Asians exist as mere conditional citizens — outsiders — in America, many feel that the need to survive in the current society trumps the need to voice their opinions against oppression and racism.

As I revisit “Yellow Pearl,” allowing all the noise of life to slowly fade with the music, I ask myself: Who am I? What does it mean to be Asian-American? In Lee’s black-and-white photos, I see the elderly practicing qigong in Chinatown or workers playing ping pong on the streets of New York, and I realize my story as an Asian-American is tied to the histories and lives of my ancestors and their struggles. As I look at Lee’s photos in light of the recent attacks, I see a reflective window into myself and into the Asian struggle. His photos help me see myself more clearly while I continue to explore and question my internal thoughts and biases along my journey of self-discovery.

As I listen to the lyrics of A Grain of Sand’s “Free the Land,” I am reminded that there is still so much work to be done, so much change to be made. The recent rise in racially motivated violence is a culmination of a history of xenophobia, discrimination, and nativism against Asian and Asian American communities.

We must take to the streets in protest and speak out against socially ingrained racism to enact the change we need. Even the smallest actions in our everyday conversations can make a huge difference. When somebody makes a side comment like, “Aren’t all Asians smart?” or “Wow, she’s pretty...for an Asian,” we need to band together to break these systemic biases and rise against stereotypes like the model minority myth.

Beyond protests and waves of awareness, we must remain mindful of the everyday signs of racism and negative sentiment against Asians — from casual conversations to popular culture and social media. To truly make long-lasting strides against racism, I implore us all to educate ourselves and fight societal microaggressions and underlying biases to stand up and protect each other.

When I return to Princeton, I will heed my mom’s warning: be careful and walk in groups. Beyond safety, the Atlanta shooting is a clear call for me — and everyone — to take action for the Asian and Asian American communities by raising awareness and working to fight the thinly veiled, yet pervasive racism hiding behind our internal biases and microaggressions. 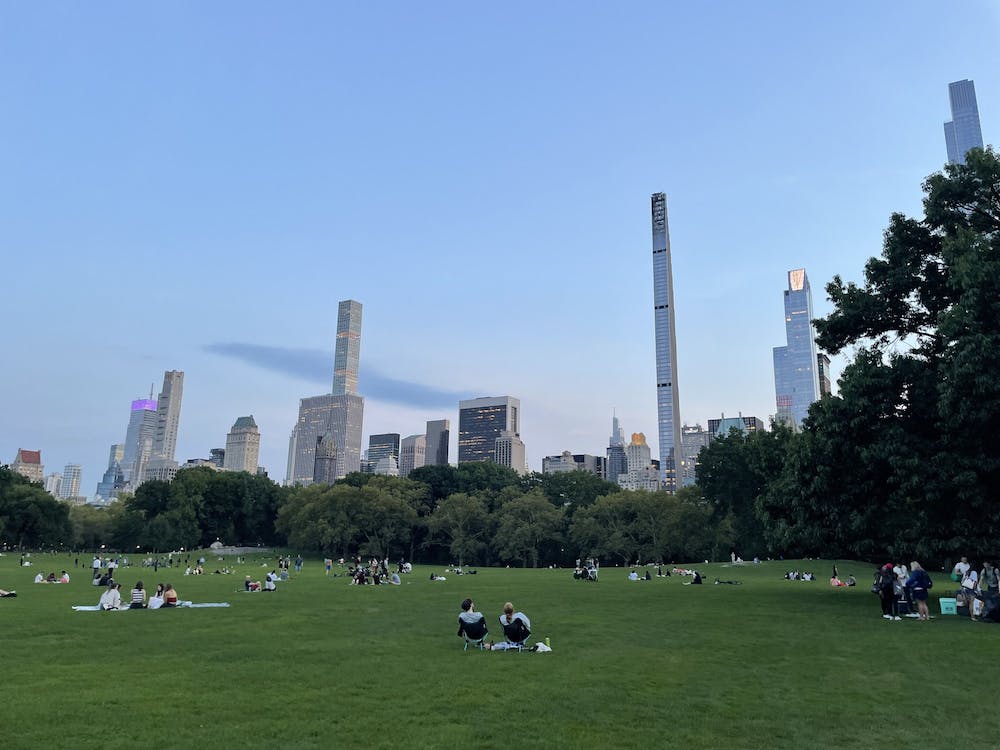