Unlike some study spaces on campus, the Rocky Common Room is hardly ever empty. At least during the regular school year, you can almost always find someone working late into the night or coming in early to catch the morning light through the glass windows.

If you spend enough time here you'll find the regulars, the usual suspects of late night hijinks, as well as the itinerant musical crowd that send notes of Bach and Chopin and the La La Land soundtrack into the rafters. It’s easy to get lost in time just working along on assignments, as there’s no clock to keep you time-oriented.

In all honesty, it’s probably not the best place to knuckle down and crank out pages of writing or p-set answers; there are no desks or lamps for studying, but sometimes that’s not what you need. You wouldn’t exactly run into Rocky if you weren’t looking for it: the Common Room, along with most of the dorms, is sequestered away in the northwest corner of campus. But it’s worth seeking out.

One of the most common descriptions of Rockefeller College is that it’s the one that looks like Hogwarts. They’re not quite wrong, either. Its arching ceiling, wood-furnished interior, and hanging lights create a fantastical atmosphere, where work can be done with a magical creativity in mind. However, instead of a Chamber of Secrets and a Basilisk, you get College Head Jeff Nunokawa, who occasionally ambushes undergraduates with his frenetic and friendly personality.

The high windows adorned with wrought iron designs cast the perfect amount of natural light to work during the day. It’s a remarkable sight that has featured in the movie A Beautiful Mind (2001), directed by Ron Howard, about former Princeton mathematics professor, John Nash. You can let the atmosphere sink in as you sink into comfortable chairs as you attempt to channel your inner John Nash for this week's p-set.

During the day, the Rocky College office and the Rocky College Council organize a variety of activities to punctuate students' study patterns.  Afternoon teas provide free snacks and drinks to tide you over until dinner, while also enabling students to converse with a wide variety of professors and speakers. Lines of students will swarm the common room once a week for for Rocky college study breaks (Tuesdays, 9:30pm! Featuring Qdoba burritos this week). Trivia Nights (Wednesday, 9:30pm!), run by Resident Graduate Students, encourage sporting competition among friends. The Classical Music hour (Friday from 6:30 to 7:30pm!) offers live performances of music that help you unwind from a long week. After 8pm on weekdays, you can also grab free coffee and cereal from the adjoining dining hall and work in the periods of quiet while getting to meet other Rocky-Mathey undergraduates who live up campus.

So whether you choose to study, siesta or take advantage of all the free food, the Rocky common room can give you space to do all of the above. The Rocky community is close, and having a “room where it happens” is great for a sense of connection to your residential college. There’s a certain spontaneity which staves off the boredom of returning to the same place day in and day out: you never know who is going to come up and begin to play piano or begin a protracted French theater practice. There are a lot of serious places to study on campus, but sometimes it’s better to relax and enjoy a semi-productive study session.

On Tap with Bella Alarie ’20 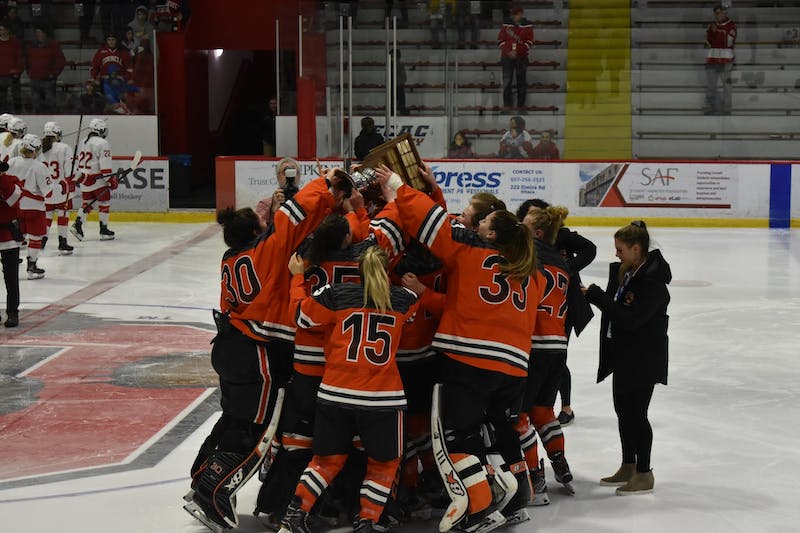 On Tap with Bella Alarie ’20