The key lies in ditching the keyboard

The professor strolls back and forth, waving his hands around as he speaks on the subject of his passion, 100 percent invested in the lecture. In front of him, rows of students are typing notes on laptops. This is the front view of a University lecture hall.

The view from the back is a different story. There is a slope of laptop screens flashing bright with Facebook, soccer matches, memes, and pictures of cats.

The professor of WWS 370: Ethics and Public Policy is attempting to create a different environment in its lecture hall. To combat the distraction that laptops bring to multitasking students and to those around them, he issued a no-computer policy in lectures and precepts. Of course, students with special needs will receive accommodations. The class syllabus reads, “No computers: Research now supports what common sense has long suggested: that note taking by hand tends to promote deeper understanding than the use of laptops. In addition, laptop multitasking has become increasingly distracting to teachers and students. We believe that students generally will do better in the class — that your performance and grades will be improved — if we ban electronics in the classroom and precepts, which we are doing this year.”

Thus, the mission of this policy is twofold: one, to cultivate student understanding of the course by having students take notes in a more productive manner, and two, to combat distractions caused by multitasking.

At first, this policy was met with some resistance from students. Some students argued that they wouldn’t be able to keep up with the professor if they are deprived of their laptops because typing is faster than writing by hand. However, faster does not mean better.

New research shows that students who take notes by hand outperform those who type. Writing takes longer than typing; this compels us to write only the essential points, forcing us to process what we hear. We can also take notes in the margin and draw diagrams and other visuals that would take ages to do on a computer, for most of us, anyways. One student who has converted from typing to writing shared, “I used to mindlessly type the professor’s every word as fast as possible. But when final exam time came around, I found that I could not recall anything I typed. So I had to re-write all my notes by hand to memorize them. That was time wasted that I could have saved if I’d started out by hand-writing my notes in the first place.” This directly contradicts the notion that typing is faster, as typing takes up more time in the long run.

The second counterargument students bring up is that, without laptops, they must print all course materials and bring them to lecture. This wastes a lot of paper, and the printed documents are heavy to carry around and messy to refer to. I agree — the environmentalists will cringe and the backs of some students will crack. However, I find there to be something incomparable about the feeling of paper; the ability to highlight, to scribble frantically and draw on the margins, to mix our mark with the author’s words, making the paper something of our own. Compared to the digital copy, the printed document is much more tangible. It allows us to feel a closer connection with the author’s arguments. So yes, printed documents are weight on our backs, but when exam time comes around and we are more familiar with the documents, they remove a burden from our shoulders.

Of course, there are some people who are just more comfortable with a laptop, with the familiar feeling of a keyboard under their fingers.

I think of my 14-year-old brother who finds it odd to hold a pencil in his hand. I think of the generation of students who has grown up cradling iPads, getting bedtime stories from eBooks, finding playmates in the form of screens, toys in the form of buttons. A policy banning computers in class would encumber them.

These people may counter that we’ll be working with computers for the rest of our lives, so why not start now? However, learning how to work with technology also means learning how to find balance in using it.

The second part of the policy is combating distractions. Some say we will always find a way to get distracted if we are bored. To quote David Mendelsohn, “You can force people to hear and look, but you can’t control whether they listen or learn.”

At least, though, no laptops mean no clacking keyboards sounds that can impede some students’ ability to hear the professor from the back rows. My friend described the typing sound you hear in McCosh 10 whenever a professor says a sentence with dense terminology, “It’s like rain pouring down the lecture hall.”

Regarding the distracting element of laptops, one thought runs through my mind whenever I see that slope of internet-browsing screens: I think of the thousands of students vying to sit at our very seats, to listen, for even a minute, to these world-class scholars. And we were once one of those students too. We’ve been anticipating this moment for a long time. Now that we’ve attained it, why not live presently in it? Now that we are sitting at these special seats, why do what anyone on a couch at home can do?

I acknowledge that students have diverse work ethics and that a blanket ban on laptops may incommode some. Nonetheless, defenders of the pen and paper may have a point. To those who type out their notes, why not try your hand at handwriting? I’ve heard stories of many pleased converters. Maybe then we can appreciate a professor’s attempts to reel in his students.

Maha Al Fahim is a sophomore from Vancouver, BC Canada. She can be reached at mfahim@princeton.edu. 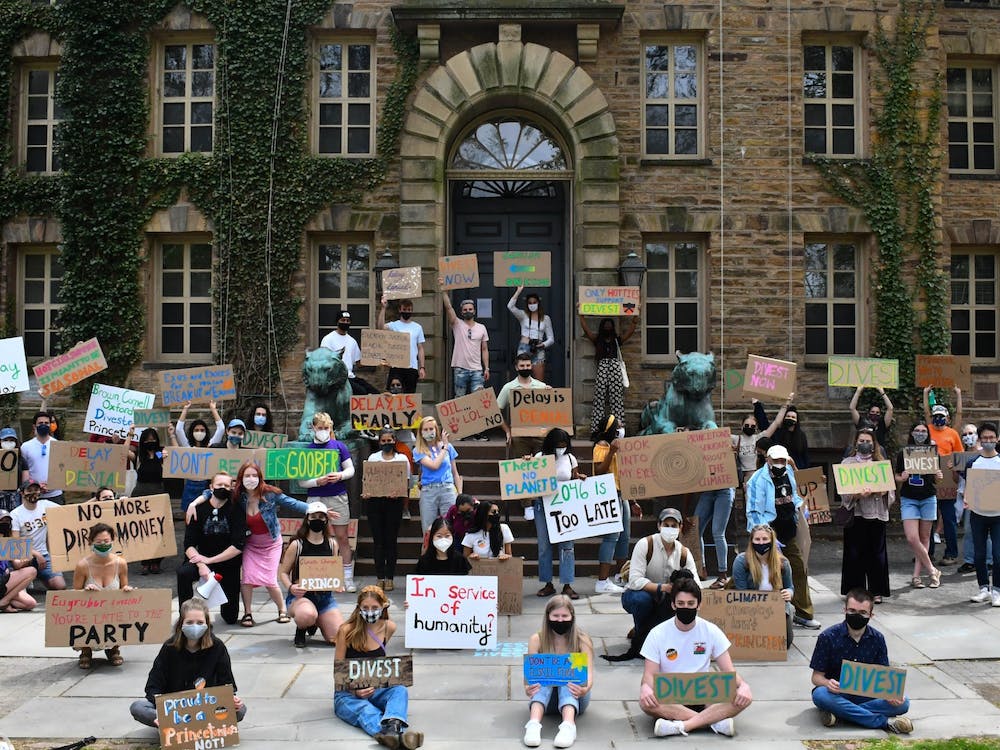 “Princeton needs to divest its endowment and research funding from fossil fuels fully and immediately if it wants to retain its credibility and live up to its values of public service.”

“Princeton needs to divest its endowment and research funding from fossil fuels fully and immediately if it wants to retain its credibility and live up to its values of public service.” 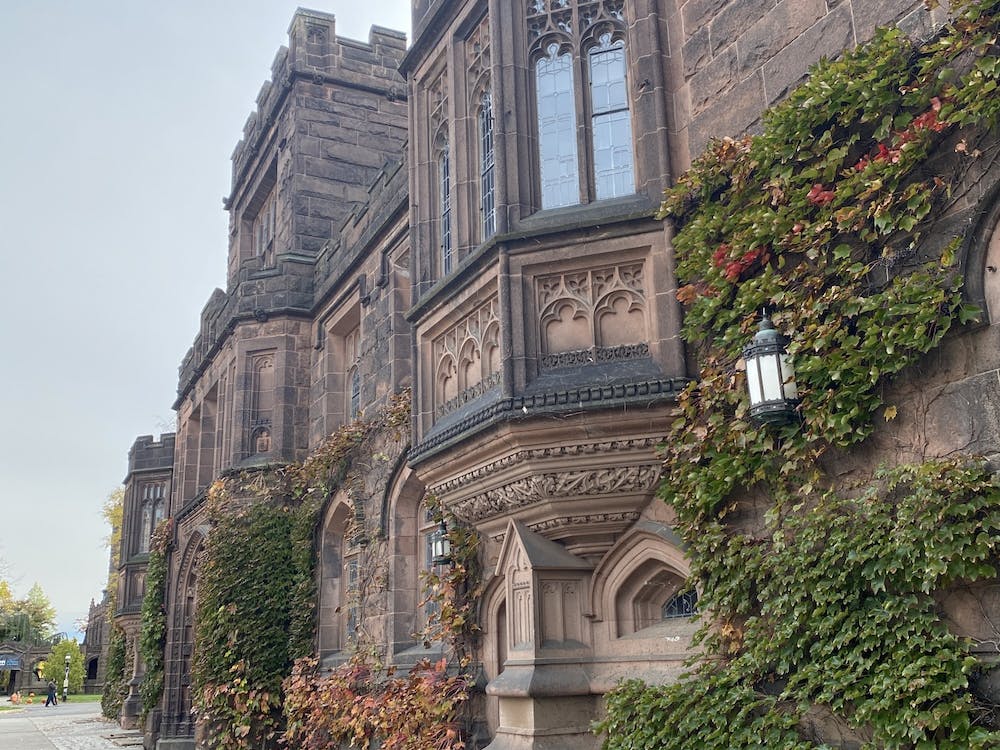