Demetra Yancopoulos ’22 wants you to drop the modifier.

Yancopoulos is the second female wrestler in University history to earn a spot on Princeton’s varsity roster. She’s one of only two female wrestlers training for NCAA Division I programs today. She’ll likely be half of the first-ever Ivy League female wrestling match.

But enough with that f-word trailing her every move. Yancopoulos just wants to wrestle.

Before she was 19 years old and a Division I pioneer, Yancopoulos was 12 years old and a recess soccer star. Routinely and ruthlessly, she showed her playground rivals who was boss — and recognized an alarming trend.

This did not sit well with her; Yancopoulos decided she had a point to prove. So seeking a sport that would allow her to compete head-on with boys (and following in the footsteps of her eldest brother), Yancopoulos tried out for her middle school’s all-boys wrestling team.

She passed a New York State fitness test, made the roster, spent a month learning the basics of wrestling, and suffered three humiliating defeats. Her dad and two elder brothers urged her to quit the sport. They told her (jokingly, she stresses) that she was bringing shame upon the family.

In her fourth bout, something changed. Yancopoulos routed her opponent, bloodied his nose, and watched as he started throwing up on the side of the mat. She was hooked. She won every match in which she competed for the next two years.

But Yancopoulos’ victory tour ended her first year of high school, when she moved to the varsity level, started competing against 14- to 18-year-old boys, and, in her words, “got wrecked — a lot.” She finished the season frustrated, yearning to compete and to dominate on the level she knew she could.

She started training at Westchester County’s GPS Wrestling Club and made the sport her priority. It paid off. By the end of her junior year, Yancopoulos had served as the captain of her high school’s boys varsity wrestling team and earned All-American status at Fargo Nationals, the country’s most prestigious high-school wrestling championship.

A caveat: by the end of her junior year, Yancopoulos had also torn her right ACL, her right meniscus, and her right ACL again. She’d undergone two major knee surgeries — one successful, one failed. She was facing a third.

She spent her senior year preparing for, then recovering from, that surgery. She rock-climbed. She researched carbon sequestration. She worked on her studio art concentration. She got into Princeton. One thing she didn’t do? Wrestle.

“I’d been cut down by the sport a lot of times,” she said. “I just needed some space away from it.”

But by the time she arrived on campus last September, Yancopoulos had two functioning knees, a new campus to which to adjust, and a burning desire for some organized physical activity. Come winter, a friend put her in touch with head wrestling coach Chris Ayres.

She spent the last months of her first year making her own schedule and relearning her sport. She spent the summer afterward injured again with a torn MCL meniscus. Upon her return to New Jersey this fall, however, Yancopoulos was healthy, ready to scrap with Princeton’s lighter wrestlers. and all-in on Tiger wrestling.

She told Ayres she wanted a more rigid training regimen. He thought about it.

On Nov. 19, as Yancopoulos headed out of practice, he — ever-casual — asked her if she wanted to be a full-fledged member of his team.

Suddenly,  Princeton men’s wrestling wasn’t just for men. To be clear, the team isn’t quite co-ed: “I don’t know if I have the power to say that,“ said Ayres.

“But she’s passionate, and she wants to be great at it. Why shouldn’t she be a part of this? She’s a model for these guys — a model of getting what you want and doing what you want even when it’s not the most comfortable of situations.”

Besides, explained Ayres, there was precedent.

Audrey Pang ’05 had sent shockwaves through even the non-wrestling world when, under former Princeton wrestling coach Michael New, she became the NCAA’s first woman to hold a permanent spot on a men’s wrestling roster.

“It was an incredible experience,” Pang said. “I wouldn’t trade it for the world. It was hard — I lost a lot. But I also grew a lot. And the men with whom I wrestled are still among my closest friends. I’ve been to many weddings, I’ve been to many bachelor parties.”

What does she think of Yancopoulos’ addition to the team?

“I’m so excited for what Demetra has in front of her,” she said. “But honestly, I never thought it would take 15 years for there to be another girl wrestling for Princeton.”

“When you see girls’ wrestling,” he said, “you wonder why it took so long. This is something that was supposed to happen. And sure, there are some old-school guys who are probably against it. But are you kidding?”

Yancopoulos knows that her appearance on Princeton’s roster — and her likely upcoming appearance in a televised Division I exhibition match — could ruffle some feathers. She knows too that it could also inspire a legion of fans. That doesn’t fluster her.

“When I look at it logically, I know I’m doing something big,” she said. “But I don’t ever really think about that. I just put my head down. I go to practice, I train, I do the work that’s required of me. I don’t think too much about what it means that I wrestle. I just love it, so I do it.”

And as for why she loves it: it seems that ruthless, relentless seventh grader never really disappeared.

“Wrestling is a sport where you have no one to blame but yourself; no one to pat on the back but yourself,” said Yancopoulos. “It makes every time you fail motivate you a lot more. It makes every time you succeed feel a lot better. You push yourself to the absolute extreme. If you lose, you didn’t just miss a shot. You’re getting your face slammed into the mat by someone else, and everyone is watching.”

Lucky for her, Ayres isn’t giving any.

“She’s phenomenal. She’s great for the team, she’s inspiring, she’s positive, she’s at a really high level,” he said. “But listen — she needs more consistency in the positions that win matches. And I think she maybe needs some work on her turns.”

This past semester, one student’s experience shows how the University’s Social Contract, a series of coronavirus-related restrictions, hindered reporting of an alleged incident of sexual misconduct. While some peer institutions offered amnesty to victims, University policy did not offer such protections, despite warnings as early as summer 2020 from campus resources. This story illustrates the unintended — but not unanticipated — effects the policy had on students. “I just feel like the University did everything wrong,” one student told the ‘Prince.’

When the ‘really easy and fun parts of Princeton disappear’: A student mental health crisis and Princeton’s response

When the ‘really easy and fun parts of Princeton disappear’: A student mental health crisis and Princeton’s response

Princeton prides itself on its high academic standards, and even in a normal year, some students have difficulty managing these expectations while taking care of their mental health. But this semester, students experienced these challenges on a much more universal scale. Undergraduates and administrators reflect on what intensified mental health struggles this past semester, how students navigated those struggles, and how the University responded.

Princeton prides itself on its high academic standards, and even in a normal year, some students have difficulty managing these expectations while taking care of their mental health. But this semester, students experienced these challenges on a much more universal scale. Undergraduates and administrators reflect on what intensified mental health struggles this past semester, how students navigated those struggles, and how the University responded. 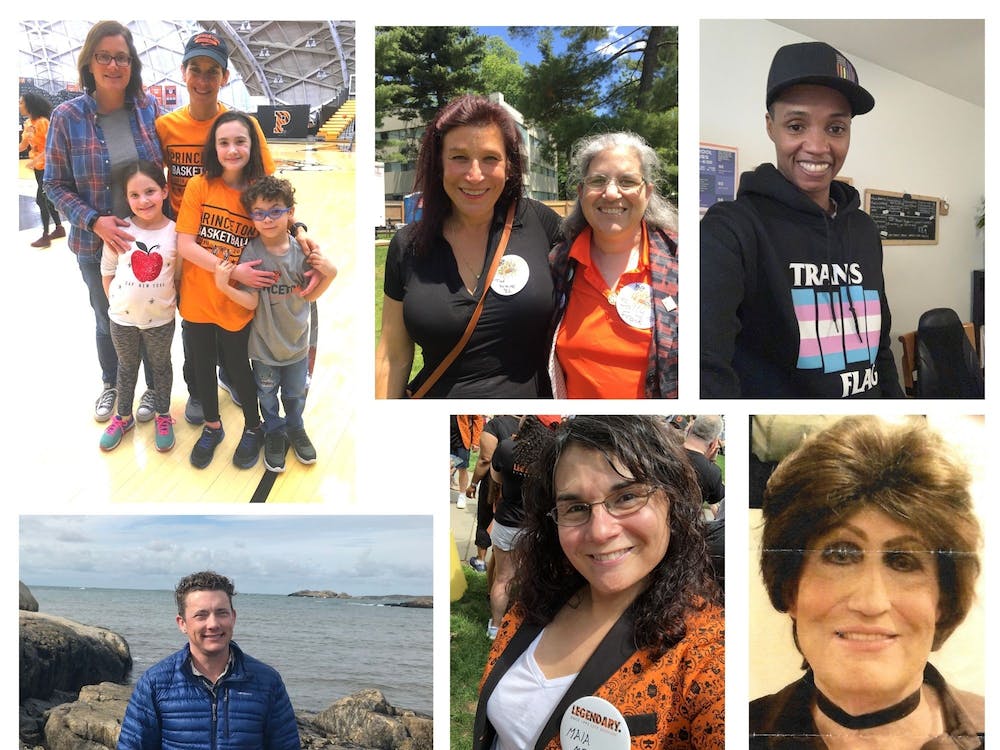 The Daily Princetonian met with seven transgender and non-binary Princeton alumni who graduated Princeton between 1960–2000. Their accounts shed light on how they explored their identities and navigated the University in their time as undergraduates, as well as how they have renegotiated their relationships with the institution in their time away from it.

The Daily Princetonian met with seven transgender and non-binary Princeton alumni who graduated Princeton between 1960-2000. Their accounts shed light on how they explored their identities and navigated the University in their time as undergraduates, as well as how they have renegotiated their relationships with the institution in their time away from it.