A climate change refugee crisis is looming, and we need to start preparing for it 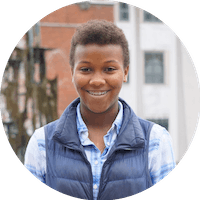 On Tuesday, I attended a talk with Naomi Klein and Professor Keeanga-Yamahtta Taylor about the climate- change crisis. As Klein spoke about the rise in climate-change refugees — people forced to flee their country because of changes in climate — she highlighted the “cruel irony that the very people who are forced to move first are the people who did the least to create this crisis,” going on to add that the countries most responsible for climate change owe these people asylum.

Her words reminded me of a paper I wrote for my writing seminar, in which I researched this looming crisis and made the case for the world’s richest countries to provide shelter for these refugees.

One of Klein’s points that particularly struck me was her optimism and belief that, despite the current global political climate that has seen climate-change deniers rise to power, a strong enough movement for climate justice could prevail.

And while I am by no means an expert on climate science or the particularities of the movement, my previous research showed me that any efforts to mitigate the effects of climate change must also include a plan for accommodating climate-change refugees.

Though no consensus exists on the exact number of people who will be forced to migrate (estimates range from tens of thousands to millions of people by 2050), and the exact method for determining who counts as a climate-change refugee is contested, there is no question that the international community will have to come to grips with a refugee crisis in the next 50 years.

The international community has recognized this problem, as the United Nations Refugee Agency recently adopted a Global Compact on Refugees last year, but acknowledging the potential crisis is not enough. The global community needs to act proactively to develop and implement a comprehensive policy designed to accommodate potential climate-change refugees, even before they are forced to flee. Knowing that a crisis is coming, but deciding not to act on that knowledge, is both morally wrong and incredibly irresponsible.

This plan should include richer countries taking on the responsibility of accepting these refugees. This idea may seem overly ambitious, and even implausible, but any plan to effectively mitigate the effects of the global impact of climate change must be bold. As Klein theorized, now is not the time for pessimism, but a belief in our own power to create change.

Wealthier countries bear the responsibility of accepting climate-change refugees not only because they are historically the main drivers of climate change, but also because their wealth places them in the most capable position to do so.

These countries have the economic strength to cope with both the effects of climate change and the arrival of new people into their societies. Despite this reality, many would argue that forcing these countries to take in refugees violates their sovereignty as independent nations. In dealing with the irreversible damage that climate change will bring to people’s homelands, however, we need to remember that, in the end, the Earth belongs to all of us.

Harvard philosopher Mathias Risse has written extensively about this concept — which he labels as the theory of common ownership of the Earth — and has highlighted the moral obligations richer countries have to accommodate climate-change refugees. Essentially, he argues, all humans have a right to a place on Earth, because no one group of people created the land and resources humans need to survive. Thus, in the event of a group of people permanently losing their homeland, it is the responsibility of the states with enough resources to provide these people with a new place to live.

Risse’s theory transcends the system of independent countries and borders that define modern society and forces us to think about humanity on a more fundamental, collectivist level. No human should be left without a place to live, as long as there is a place for them on Earth. Nations and borders should not be a barrier to this fundamental human right.

There are, of course, many more factors, such as geographic and cultural factors that should factor in to any plan for relocation of climate-change refugees, but for a start, we need to understand who should be responsible.

This argument requires a major shift in our understanding of modern society’s immigration system. But as climate change becomes more and more of a reality, and the consequences ever more severe, people need to start thinking more as global citizens than members of individual nations. Climate change affects the whole world, regardless of borders, and it is time we combat it comprehensively.

Shannon Chaffers is a first-year from Wellesley, MA. She can be reached at sec3@princeton.edu.