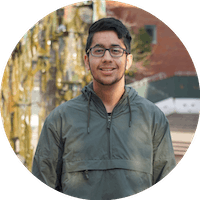 I can recognize the need for professional competency in the English language, but why not level the playing ground and make the course PDF-able or PDF-only? If the intention of the class is really to make us better writers, let’s give everyone the chance to learn how to write before they’re quantitatively measured by grades. Students would still come out of the course having learned how to write the Princeton way, but nobody would feel bitter about the experience.

Moreover, international students comprise 12 percent of Princeton’s student population. This group of students faces a severe disadvantage in writing seminars that are based in scholarly English. Many foreign students come from predominantly non-English-speaking countries or schools that don’t stress English academic writing to the degree that some secondary schools do in the U.S. When these same students are forced into a graded writing course, the University preys on their greatest vulnerability: the language skill gap. This causes international students a great deal of grief.

Writing seminar is a learn-as-you go class, in the sense that students improve from the feedback they get in graded papers. In other classes, you more or less understand the exam expectations and required material for the course. Writing seminar classes are far more opaque. Like in other classes, our job as students is to study the material and learn it, but it’s hard to know what’s wrong with your writing until someone tells you. So English-speaking students, or Americans, can compete with international students in every subject with standard rules and conventions. Yet, when it comes to English, internationals are expected to seamlessly adapt to our conventions and techniques. The outrage might be better understood by Americans if we imagine a situation where we’re all forced over to the metric system and are no longer allowed to measure anything in standard. Perhaps then we would be more compassionate to the plight of the international student.

Writing is also inherently subjective, so there exists considerable room for flexibility in its instruction. Math and physics don’t have this problem. STEM subjects have set rules and axioms that govern them — math in India is the same as math in Norway. Yet, English writing style in Norway and India would be very different. Writing, or more specifically what is defined as “good writing,” is very subjective across areas, as students write with many different styles, each of which may differ slightly or significantly from Princeton’s accepted norms. English is nonconforming and is used for different purposes all over the world.

Today, writing seminar is a source of major stress for students, causing great anguish, not to mention GPA deflation. Perhaps it’s a more Darwinist approach to teaching, wherein we leave B.S.E students behind, shrieking for help. Is it really so radical to require everyone to take a PDF-only writing course? To compare to other collegiate experiences, MIT allows first-years to PDF their entire first semester simply to help them adjust to the difficult standard of academic work. Is it so inconceivable that we’d want students to learn how to write before grading them on how they write?

When we put people who write very well in classes with people who haven’t written academically or struggle for whatever other reason, we thwart true scholarly progress. We leave behind students that need the most help. It’s like having to take a quantum physics exam right after learning Newton’s laws of motion.

Even within writing seminar courses, specific topic choices seem to vary in difficulty. Decoding Dress has become famous on campus, heralded as one of the easier writing seminars. This perception of relative difficulties skews students away from their real interests and instead towards GPA gaming. Students take the writing seminars they’ve heard are easy, rather than ones that they’re genuinely interested in. If you’ve ever studied any economics, you know that taxes change consumer choices or hinder the work of the “invisible hand.” Similarly, different grading standards or difficulties across writing seminars hinder real intellectual curiosity at an institution that necessitates it. A PDF-only course would equalize grading disparities, or — at the very least — make them less disparate.

Jasman Singh is a first-year from East Windsor, N.J. He can be reached at jasmans@princeton.edu.