Maria Ressa ’86, the founder and CEO of the online news organization Rappler, is currently at the center of a fight for freedom of the press in the Philippines.

On Nov. 9, the Philippine government announced that it will charge Ressa and Rappler with tax evasion. The government alleges that Rappler failed to declare the $3 million it received from a 2015 investment by the Omidyar Network.

Ressa and other journalists say these accusations are politically motivated and are a direct response to Rappler’s criticism of the Philippine government and President Rodrigo Duterte.

Ressa did not respond to requests for comment from The Daily Princetonian.

Rappler is known for reporting extensively on the Duterte administration’s “war on drugs” and documenting the violence and death toll the crackdown has caused.

In 2012, Rappler published a story in which it cited an intelligence report that linked Wilfredo Keng, the president of a mining firm, to illegal activities such as human trafficking and drug smuggling. After the mining story went to print, a deeper story of retaliation against Rappler began to unfold.

In October 2017, Keng filed a complaint of “cyber libel” with the Philippine National Bureau of Investigation (NBI), which then began to investigate Rappler. In January 2018, the Philippine Securities and Exchange Commission (SEC) revoked Rappler’s license, forcing the company to work from overseas. According to the cybercrime chief of the NBI, the timing of the investigation was coincidental. However, Ressa expressed that it was “puzzling” and “political in nature.” Recent Facebook posts by Duterte’s officials have sought to spread misinformation online, and Rappler has continually tried to dispel these false stories. Several Rappler employees have also received death and rape threats.

According to Ressa, this kind of intimidation is not new nor unique in the Philippines. CNN reported that Ressa said the “seeding of lies on social media” was resulting in “authoritarian-style leaders using their power to push back against our old gate-keeping powers.”

On Feb. 20, Ressa and Rappler reporter Pia Ranada were informed that they would not be allowed to enter Malacañang Palace, which is the official residence of the Philippine president. Duterte later defended his rationale behind the order by saying that Rappler “takes every chance to undermine” his government and suggesting that Rappler may be supported by the U.S. Central Intelligence Agency.

On Feb. 21, Duterte ordered that Rappler be banned from his events, justifying the command with the Philippine SEC’s revocation of Rappler’s license, even though that decision was not yet final nor executory at the time.

“This is really transforming our democracy and yet another blow,” Ressa told The New York Times. “It is meant for maximum impact of intimidation.”

When talking to CNN, she mentioned President Donald Trump and said that he and Duterte were reading from “the same playbook,” noting that both leaders have employed the term “fake news” against journalists.

However, Ressa said she remains firm in her belief that Rappler’s mission is just and that it should continue to report without inhibition.

“The mission of journalism has never been needed as much as it is now, and we'll continue doing these stories,” she told CNN.

Englund noted that he and his colleagues frequently saw similar incidents happen during his time in Russia.

“It’s very disappointing to see it in the Philippines, which has good laws protecting freedom of the press, and clearly, this would seem to be an end run around those laws,” he said.

Though noting he was generally pessimistic about Rappler’s fate, Englund did note the possibility of a positive outcome for the media organization.

“The Philippines has a longer history of free and rambunctious press. That counts for something,” he said. “There are laws that defend the freedom of the press. I think that it is perfectly conceivable that Rappler can go to court and win in the end, coming out even stronger.”

After the announcement of the indictment, Ressa said that the non-declared financial gains in question were “neither intentional nor willful” in a defense that was dismissed by the Philippine Department of Justice (DOJ). Now, the indictment is subject to a Motion for Reconsideration. The DOJ is expected to file the charges soon, and Ressa has said that “an arrest warrant” will be next.

Ressa graduated from the University in 1986 with an A.B. in English. She then returned to her native Philippines to study Southeast Asian Studies under a Fulbright Scholarship. 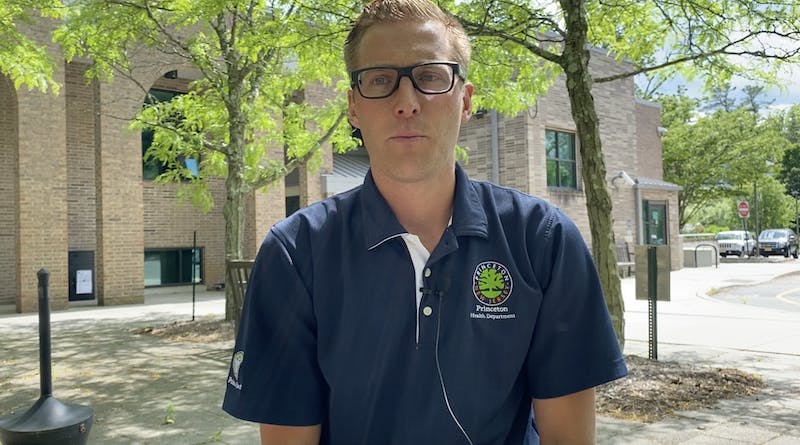