Reading between the numbers: Trends in the University’s early acceptance rate

On Dec. 13, the first 799 members of Princeton’s Class of 2022 became the seventh cohort to be admitted to the University under the single-choice early action program.

SCEA, unlike traditional early action plans, restricts how many schools a student can apply to in the early round. Students who apply to the University under SCEA cannot apply to any binding programs and are not allowed to apply to any early programs at private universities.

There are some other options open to students applying under SCEA, however. Students are allowed to apply to non-binding programs at public institutions, service academies, and international institutions. They can also apply to any college or university with a non-binding rolling admission process.

When other peer institutions failed to follow suit, however, all three universities reinstated early plans. While Virginia instituted a non-restrictive early plan, both Princeton and Harvard turned to restrictive options.

Although the University’s plan is termed “single-choice” early action and Harvard’s is called “restrictive” early action, the plans are essentially the same.

“We’ve reinstated the single-choice early action after we had had several years of having only one admission plan: regular decision,” University Dean of Admission Janet Rapelye explained.

“We’ve been happy with the pool of applicants we’ve been receiving and also to be able to give students the opportunity to apply early,” she said.

Yale and Stanford also maintain SCEA and REA plans, respectively. The other five Ivy League schools all have retained early decision admission plans, wherein students are obligated to matriculate if admitted. All Ivy League schools, as per a common admission procedure agreement all eight members have entered, must honor a student’s accepted ED offer to another Ivy League institution.

ED programs produce a near-100 percent yield rate — the calculated rate at which students accepted to a school matriculate and an important metric used in many college rankings — but early action programs, even the SCEA or REA programs used at three Ivy League schools, do not have the same effect.

Despite this, Princeton’s SCEA program was reinstated with two goals in mind: “[to] provide opportunities for early application for students who know that Princeton is their first choice, while at the same time sustaining and even enhancing the progress we have made in recent years in diversifying our applicant pool and admitting the strongest possible class,” Rapelye explained in a 2011 statement announcing the return of early action.

The University’s SCEA program has proven to be increasingly popular since it was instituted in 2011. Overall, SCEA acceptance rates have decreased slightly over the same time period.

The general trend of increasing selectivity in the University’s early admissions is driven by a ballooning application pool. The most recent SCEA pool saw a 56.9 percent increase in size over the first pool in 2011, but only 10.1 percent more applicants were admitted.

“We apply the exact same standards in the early pool as we do in regular decision,” Rapelye said. “[SCEA applicants] are ready to apply early and tend to be excellent students, so the quality of that pool is higher.”

The University, like many other schools that offer an early option, maintains that it is not easier to be admitted through the early round.

“We’re admitting the same quality [of student] early and regular,” Rapelye explained. “I think the percentages are misleading. They don’t give the whole story.”

Though the University does not openly provide data, some of this increase may also be attributable to the acceptance of recruited athletes, many of whom commit to Princeton well in advance of the admissions process and thus would apply in the SCEA round.

Peer institutions, however, acknowledge a potential distortion in numbers correlating with athletic recruitment.

“Keep in mind that the published higher percentage of applicants accepted early is somewhat misleading because it includes recruited Division 1 athletes, whose credentials have been reviewed in advance,” reads Dartmouth College’s early decision FAQ page.

Another potential factor in the higher SCEA acceptance rate is the higher proportion of legacies accepted. For example, 16 percent of the SCEA applicants admitted in 2016 were children of alumni, while the overall proportion that cycle including regular decision applicants was only 10.1 percent.

However, most students who apply early to the University are neither admitted nor denied. Instead, they are deferred and placed into the regular decision pool, where they are evaluated once more by the admissions office.

“The majority of students are deferred,” Rapelye said. “We do refuse some students in the early pool where we believe it isn’t fair [for them to continue to think] that they may be admitted. We know that in December we need to give them indication that they need to look elsewhere.”

The Undergraduate Admission Office does not publicize the exact number of students who are deferred from the SCEA pool to the larger regular decision pool.

All admitted students have until May 1 to make their final decision. 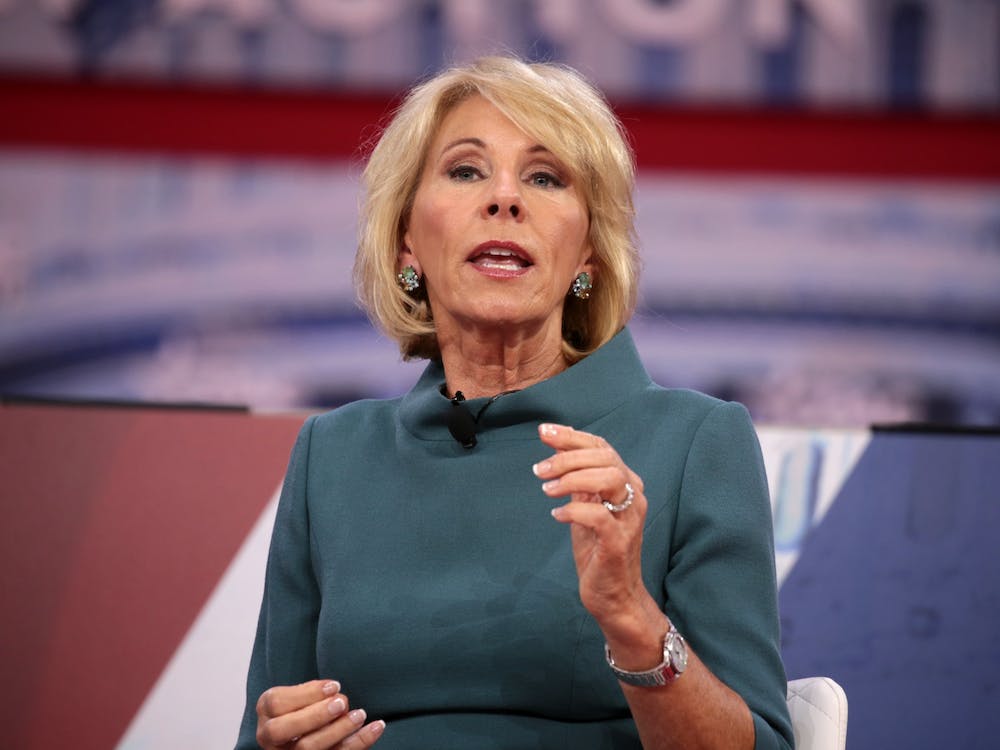 Recently, it was announced that the Department of Education would investigate Princeton’s self-admitted propagation of systemic racism. First, even if the DOE fails to push Princeton around, its efforts will send a message to other, less prominent institutions that might one day step out of line, and second, it exemplifies the legalistic mind games that exist as surely at the University as in the Trump administration.

President Eisgruber and the Trustees say they have a duty to preserve the endowment in perpetuity. But there is nothing sacred about endowments — nothing noble in their origins, how they reproduce, or their role in society.