Note: The Honor Committee case described below is a true case. The student in question granted the author permission to share this story. That student’s name and identifying details have been changed or omitted to protect the privacy of the individual.

The lecture hall is full of students, hunched over and scribbling away on their exams. There is no professor or proctor to be seen — an illustration of the Honor Code and the Princeton student body’s commitment to academic honesty. A student stands up and walks out of the room, holding her examination. She does not return.

When the Honor Committee later conducts an investigation, the student, Mary, is found guilty and suspended from the University for violating the Honor Code. The Honor Committee sentences her to a two-year suspension, with censure, to highlight the severity of the offense on Mary’s transcript. If Mary intended to gain an unfair advantage over her classmates, and considering it was her second offense, I would consider this a fair punishment.

But Mary did not intend to gain an unfair advantage. And that did not prevent the two-year suspension.

The Honor Code, established in 1893, has been integral to Princeton as an agreement between students and faculty to uphold academic integrity. I’ve always felt a twinge of pride that at Princeton, this seemingly bizarre honor system actually worked: no proctor looked over my shoulder, and fellow students were proud of their own work.

As an undergraduate, I served for three years on the Honor Committee. As a senior, I noticed a worrisome trend: Our implementation of the honor system was increasingly unjust. The number of students found “responsible” for misunderstandings, rather than deliberate attempts to gain an unfair advantage, was increasing. These consequences were no slap on the wrist; the standard punishment is suspension for a year with a transcript permanently branded with the scarlet letter of academic dishonesty.

Mary has a history of anxiety attacks. During the Princeton examination in question, Mary suffered a wave of shaking, sweating, chest tightening, and intense nausea — identical to an episode she had suffered in high school. She quickly grabbed her things and left to vomit. In the bathroom, she realized that she had taken the exam with her, but in her mental state, she was fearful of returning the exam to the lecture hall. Well after the exam had concluded, but under fear of expulsion, she voluntarily alerted the professor that she had left with the examination.

I was so perturbed by Mary’s case my senior year that I launched a referendum to reform the honor system, in spite of the impending deadline of my senior thesis. The details of how Mary’s case unfolds illustrates the Honor Committee’s much-needed reforms.

Mary did not benefit from taking the exam with her, and she did not intend to, either. Without the context of the anxiety attack, leaving the lecture hall with her exam appeared to be an attempt to gain an unfair advantage, violating the Honor Code. However, the evidence about the state of Mary's mental health — collected from students, a preceptor, and a medical professional — made it clear that her behavior was irrational with no premeditated intent.

However, the Honor Committee does not incorporate intent or mental health in its deliberations, so that did not matter.

How can a fair judicial (or quasi-judicial) system dismiss intent? The Honor Constitution states that an Honor Code violation represents “any attempt to gain an unfair advantage in regard to an examination.” How do you attempt without intent? How can a fair judicial system dismiss a student’s mental health when it affects their culpability? I found this nonsensical, and when I raised these questions to older committee members and administrators, I was told that “students aren’t trusted to determine intent or mental health” and “that’s how we’ve been doing it since 1893.”

Several months after the case, I read old Honor Committee case summaries from the 1980s and 1990s and found that those committees took into account mental health and intent into their deliberations. When did this stop?

The committee in Mary’s case was falsely led to believe that it could not adjudicate on the issue of intent and could not incorporate the student’s mental health. This led to a substantial injustice: Mary receiving a punishment that did not match the offense. She should have been given help.

The injustice of Mary’s case is even more egregious when you consider that there were multiple instances of procedural unfairness surrounding the hearing.

First: A week before the case began, the Honor Committee Chair had approached the head of the Honor Committee Peer Representatives (students trained to defend accused students in the hearing room) and informed him that this “case was open and shut.”

Second: Moments before the case began, the assembled Honor Committee was reminded by two members that we were not able to incorporate mental health into our deliberations. This was strange, as only the chair is allowed to have any information about a case before the onset. It later became clear that at least one additional member of the committee had been briefed about the case prior to our meeting, in clear violation of Honor Committee practices.

Third: In a blatant violation of the "student-run" aspect of the Honor Committee, a dean stopped by to give her thoughts during our hearing of the case and to give the committee “case precedent,” summaries of previous cases intended to guide sentencing severity during our deliberation. To my knowledge, this has never happened before, nor should it ever happen again. The dean only provided examples of cases resulting in expulsion, along with one in which the penalty was reduced to two years with censure. We were reminded again that we could not factor in mental health into our decision.

Fourth: We continued to deliberate after the dean left. A majority found that there were extenuating circumstances that necessitated a reduction in the severity of the penalty for the student. The Honor Committee Chair then declared that case precedent indicated there was only one penalty that we could give that was not expulsion: a two-year suspension with censure. I voted for the penalty, as it was the only way to avoid Mary’s expulsion. Honor Committee precedent reviewed after the case showed that the chair was incorrect in his assumption. Committees, after finding extenuating circumstances, are free to give any punishment deemed fit, including the typical punishment in extenuating circumstances cases: academic probation.

Interestingly, this lack of knowledge about Honor Committee history became clear yesterday, when nine former Honor Committee Chairs used a legacy argument to argue that the standard penalty of a one-year suspension should not be reduced, as that penalty was part of the original student-faculty bond in 1893. The original penalty was much more lenient: “[students] could either confess and apologize to their professors, accepting a zero on the examination in question, and request new examinations, or they would be expelled from the college.” Two years later, the standard penalty became expulsion for non-freshmen; since then, it has changed at least four times. While we should be proud of our honor system’s history, we must continue to make improvements until we get it right.

I was convinced to abandon my referendum in exchange for an assurance that the University would carefully weigh the recommendations I proposed. That was two years ago.

In the meantime, current undergraduates and former Honor Committee members Micah Herskind ’19 and Ling Ritter ’19 have made it clear that the Honor Committee continues to fail to arbiter justice.

There is currently a University committee tasked with reform, but its composition leads me to believe that reform will not be considered seriously. While I have immense respect for the current Honor Committee Chair, she is fervently opposed to reform, and is therefore an improper selection by the University to co-chair the reform committee. In order for the reform committee to be legitimate, the committee must be composed of members open to reform, conduct a transparent process whereby members of the University community are solicited for their experiences, and make their final report public.

Do not mistake the Committee’s behavior in the past few years as being emblematic of the Honor Code’s history. Hundreds of cases from past decades show that students themselves are the best suited to investigate, understand, and empathize with fellow students. While I prefer reform of the practice and not necessarily of the code, we cannot sit idly by as these committees proceed unchecked. This is why I urge you to vote yes for the proposed Honor Code referenda.

The author, Justin Ziegler '16, can be reached at jrbziegler@gmail.com.

“We have a plan come Trump, come Biden, come high water, come whatever,” Martinez Rosas said. “No matter what, undocumented young people are here to stay.”

This Tuesday, activists discussed U.S immigration policy and the 2020 election in a wide-ranging talk. 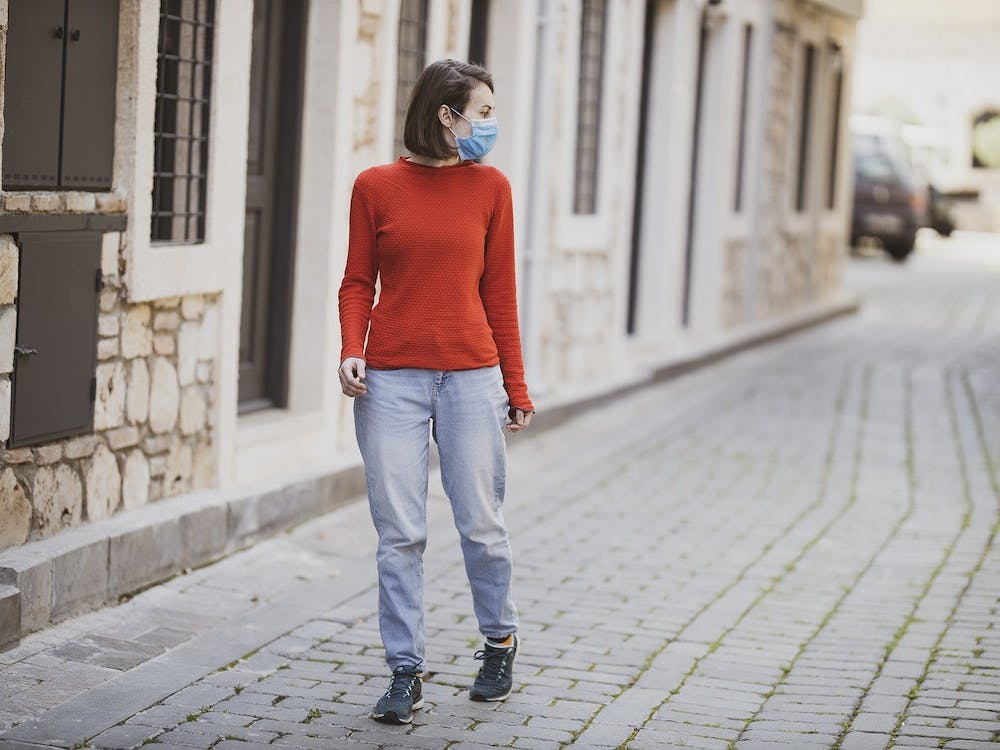 Not wearing masks, especially indoors, is “very risky,” according to Stone. “Why would you do that?,” he asked.

By creating visuals of how far speech droplets can travel, the study offers visual evidence that wearing a mask can help reduce COVID-19 transmission.