Why can't Spain and Catalonia just get along?

Last week, the Spanish police arrested 14 Catalan officials in Barcelona. The conflict between the Catalan and Spanish governments has escalated in recent weeks, ahead of a referendum scheduled for October 1, in which Catalans want to decide whether to remain in Spain or to become independent. Friends and colleagues have been asking, with equal bewilderment: “Why is Spain so adamant in preventing you [Catalans] from voting in the self-determination referendum? Didn’t Scotland vote on independence recently?” But also, “Why is Catalonia so stubborn about holding this referendum? There must be some alternative.”

The desire of many Catalans to secede from Spain is far from exceptional. Throughout history, diverse peoples have sometimes united under one government, and other times they have remained separate countries. Consider a domestic example. Why is the United States one country rather than 13 or 50? For one thing, because being a large country has advantages. United, the 13 colonies defeated the British Empire, and the United States became the world’s leading economy by 1900. A large domestic market is also helpful because it allows economies of scale and scope (i.e. you can produce more things and in cheaper ways because you have more potential buyers). So, wouldn’t Canada do well to join the United States? Most Americans and Canadians differ over key values and policy preferences for issues like healthcare and global warming. Further, French is an official language in all of Canada, a country headed by the British monarch. Neither of these two propositions would be wildly popular in the United States. Rather than becoming bad housemates, Canada and the United States remain good neighbors. The dispute between Canada and Quebec is surprisingly similar in its essence, albeit in that case slightly over 50 percent of Quebecers chose to remain in Canada rather than becoming independent. These are two examples of a simple yet powerful logic developed by professors Alberto Alesina and Enrico Spolaore in “The Size of Nations.” It says countries face a trade-off between the benefits of size and the costs of heterogeneity. Bigger is better but only up to a point, because people have different preferences. This logic helps explain why Canada is not part of the United States, why Quebec is still part of Canada, why Scotland voted to stay in the United Kingdom in 2014, why Norway voted to secede from Sweden in 1905 and, yes, why Catalonia wants to vote on its relationship with Spain.

As in the case of Quebec, polls suggest that about half of all Catalans prefer to become independent, while the other half prefers a status quo in which Catalonia has limited autonomy within Spain. Differences in values and in preferences over cultural, ideological, and economic issues explain why some want to exit. Catalan has been the language of instruction in Catalonia since shortly after democracy was established in 1978, but that has never been fully embraced by conservative Spaniards. (Prior to 1978, a 40-year fascist dictatorship prevented any sort of dissent). Also, polls show that Catalans are more progressive than Spaniards. For example, the Catalan Parliament recently approved higher taxes for the very wealthy and banned bullfighting, a practice many consider savage. Both moves were overturned by the Spanish Constitutional Court. Similarly, over two thirds of Spaniards support the monarchy, whereas over two thirds of Catalans want a republic. Some argue that independence would make Catalan society wealthier and more equal because Catalonia is a net contributor to Spain’s public finances and more progressive.

In light of these differences, why not modify the status quo and allow Catalonia sufficient autonomy, perhaps as a state in a Spanish federation? Countries like the United States, Canada, Germany, and India are very diverse within their borders. Federations provide the benefits of size, such as a single army and larger markets. They also reduce the costs of heterogeneity; fewer citizens in California, Quebec, Bavaria, and Assam want to break away because their state government can decide on many public policies. Some Catalans have long favored the federal option as a sound compromise.

In fact, 88 percent of Catalonia’s Parliament approved a revised Statute of Autonomy —  Catalonia’s main law — in 2005 that brought the level of self-government closer to that of a state in a federation. The Spanish Parliament simply had to ratify the revised Statute, something which the then Spanish Prime Minister had already promised. Instead, it modified the Statute prior to ratifying a watered-down version in 2006. That was a disappointing turn of events. Admittedly, some Catalans doubted Spain’s willingness to embrace a more autonomous Catalonia because of previous frustrated attempts, notably in 1914 and 1932. However, others genuinely saw the 2006 Statute as a long-term solution.

Since that disappointment, support for independence has grown steadily from 15 percent in 2006 to over 40 percent today, and an additional 20 percent support the (unrealistic) option of a federal state. The latest Catalan parliamentary elections resulted in a pro-independence majority, and around 80 percent of Catalans support a binding self-determination referendum, which brings us to the current standoff and Catalans’ “stubbornness.” On the one hand, the Catalan government argues that it cannot ignore the popular mandate to celebrate a self-determination referendum. On the other hand, the Spanish government points out that such referenda are illegal under the 1978 Constitution — that is, unless the Spanish government authorizes them. The Catalan President has proposed this latter option to his Spanish counterpart for the last five years, unsuccessfully.

Alas, Spain is not alone in its uncompromising position. Some mature democracies such as Britain, Canada and Sweden allow national minorities to vote. Authoritarian regimes such as Serbia, the Sudan, and Indonesia typically repress and kill secessionist minorities — the respective referenda in Kosovo, South Sudan and East Timor were imposed by the international community. Spain’s democratic culture and political development fall somewhere in between: no killings but no voting allowed, either. Besides the detention of Catalan government officials, the Spanish police have confiscated ballots, raided private residences, and restricted freedom of assembly and the right to demonstrate in an attempt to prevent the referendum. Repression is not the most diplomatic or democratic response to peaceful and even festive demonstrations in Barcelona and around Catalonia. A repressive strategy inflames tensions further and reminds everybody of Spain’s dictatorial past.

Even the immediate future remains uncertain. Spain’s repressive strategy may subdue Catalans through fear, threats, and force, or it may convince them that a referendum must take place. After all, as Britain and Scotland recently taught us, this is what democracy is all about.

Joan Ricart-Huguet is a graduate student in the Politics Department from Catalonia. He can be reached at jricart@princeton.edu. 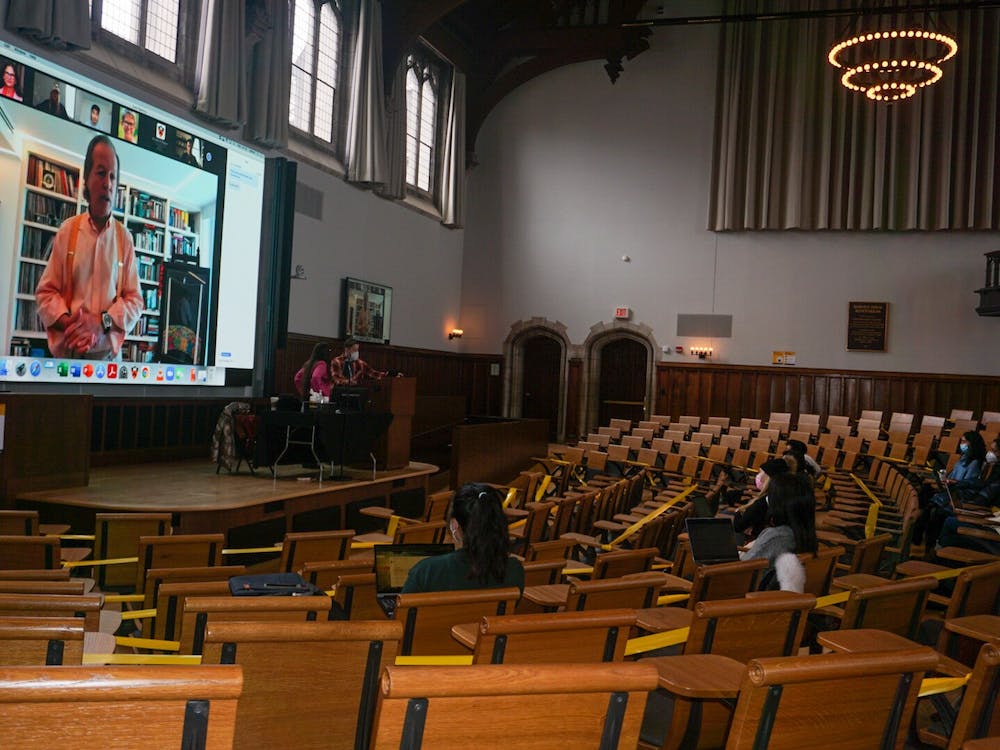