Graduate students disagree with U. that new daycare is affordable

Many graduate students with children disagreed with a University statement that claimed that the new on-campus facility for the University-National Organization for Women Day Nursery will make affordable childcare more accessible to all members of the University community.

UNOW focuses on play-based learning, low staff-to-child ratios, and nature, incorporating the latest research on early education and childhood development into its approach to childcare. But this high-quality care is expensive. Tuition for infants is upwards of $25,000 per year, which many graduate students say is completely unaffordable even with University assistance like the Student Child Care Assistance Program, which reimburses students for up to $5,000 of their childcare expenses based on their household income.

Joshua Wallace GS, a fourth-year student in the astrophysical sciences department, is the publicity chair and advocacy liaison of Tigers with Cubs, an organization for undergraduate, graduate, and postdoctoral students with children. He said he was “very angry” because the University’s press release suggested that between SCCAP and UNOW’s expansion, on-campus child care was affordable for all members of the University community.

A representative in the Graduate Student Government for his department, Wallace calls himself a “de facto representative for families” on campus. Wallace explained that his wife stays home because childcare costs more than she would be able to earn by working a job, which would require her to pay for care for their children. Wallace added that childcare is particularly expensive for graduate students who are single parents and international graduate students whose spouses are unable to work due to visa restrictions.

Other graduate students have had similar reactions to the press release.

“I was just so angry because it’s not true,” said Christine Philippe-Blumauer GS, who is a research associate at the Foreign Policy Research Institute’s Eurasia program. Philippe-Blumauer, whose husband is also a graduate student at the University, said she first realized how expensive childcare near campus was when she was pregnant, noting that the issue came up “quite frequently” in her conversations with her colleagues.

Philippe-Blumauer praised UNOW’s “amazing approach to childcare,” its low staff-to-child ratios, and its proximity to campus, and she said that this quality of care was understandably expensive.

“But,” she added, “it’s a fact that it’s not accessible or affordable to most graduate students and postdocs.” Philippe-Blumauer also asserted that because SCCAP is taxable, no graduate students are able to use all $5,000 dollars — even if that were enough.

Merle Eisenberg GS, a sixth-year in the history department, often works with Tigers with Cubs to push for more affordable childcare through GSG. Most recently, he has collaborated with Tigers with Cubs to create a series of policy proposals that the GSG would be willing to support. Eisenberg said that he doesn’t expect to achieve every goal listed in the proposal, but he hopes that it will mitigate the “astronomical costs” of having children in general. He echoed Wallace’s earlier comment, asserting that the partners of graduate students and postdocs often stay home with their children instead of working “purely out of financial necessity.”

According to Eisenberg’s proposal, SCCAP has been capped at $5,000 since the program’s inception in 2007, but the consumer price index for child care has gone up 33 percent, more than college tuition. Eisenberg said that he would prefer that families could receive larger amounts of money through SCCAP but added that he is currently moving forward with another proposal. This proposal would expand the number of families eligible for the full $5,000, which would be given as a block grant rather than as reimbursement for childcare.

Katie Donnelly GS, a first-year sociology Ph.D. student with a nearly 1-year-old son, said that the SCCAP stipend is helpful but added that daycare remained a “significant financial burden.” According to Donnelly, rent takes up about two-thirds of her pre-tax stipend and it is “hard to stretch” her remaining income to cover the cost of daycare, food, clothes, toiletries, and medical expenses.

Eisenberg said that improving the University’s benefits for graduate students and postdocs with families will help attract the best researchers.

“I know a number of graduate students who chose Princeton because they already had families, and they believed that Princeton had a pretty good set of family initiatives,” he said. “But it could be made better.” 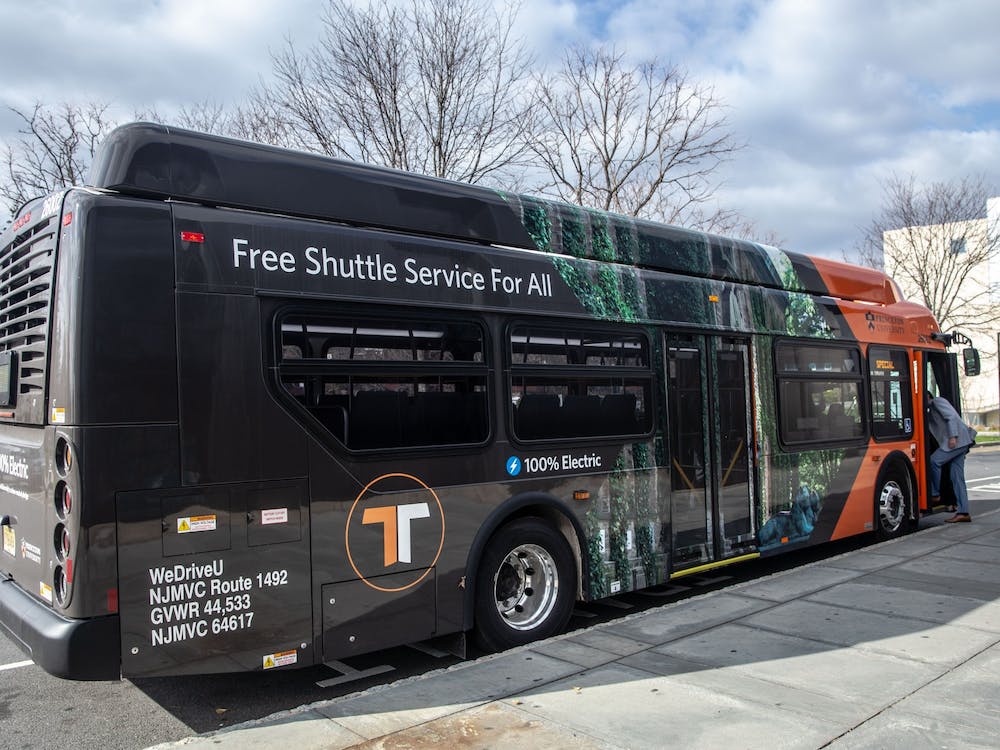