A tale of two black destinies

My grandfather was born and raised in rural Jamaica in the late 1920s. His mother died as an infant, and his father died when he was 13, leaving him, the oldest male in the family, to take care of his stepmother and his siblings. Although he had already been working in the cane fields as a boy, he now had to work extreme hours, often sleeping in a hammock connected to trees. Because of this, he never attended school and therefore never learned to read, much to his detriment. Later, he and a friend entered into a business partnership and he was cheated out of everything because he did not understand the terms of the contract.

It was perhaps God-sent that one day, he chanced upon a man who was a close friend of his late father. The man told him that his father had left a lot of land in his name. With this inherited land, my grandfather was able to build a house in Jamaica. He made it his mission to learn how to read and after he had accomplished that goal, he started his own bus company, which would go on to become one of the biggest bus services in Clarendon, Jamaica. He would go on to have ten children, all of whom attended school and some of which even attended university (which was very rare in Jamaica at the time). I remember as a young boy how packed and emotional my grandfather’s funeral was because he truly touched the lives of so many people.

As inspiring as the story of my grandfather is, I cannot help but think about how different his story would have been had he been born in the United States. Perhaps he would have been born to a family of sharecroppers who lived on a plantation that still had remnants of slavery. As a man, he might have wanted to fight in World War II, only to find that although he was putting his life on the line for his country, his country could not care less about his life at home. When he came back from the war, he would have found it hard to find a job, and even harder to start a business. He probably would have tried to buy a house, only to find that the GI Bill didn’t apply to him, forcing him to face the effects of redlining and to be pushed into ghettos full of poverty and rampant crime. His 10 children may have had the opportunity to attend school; however, these schools would have been extremely segregated, with few resources.

Eventually, his children would have been exposed to crack, cocaine, and other drugs that infiltrated into the black community. They would have resorted to either dealing drugs or doing drugs, only to find that the penalties for crack, a drug frequently used in the black community during this time, were ten times as harsh as the penalties for cocaine, the purer form of crack that is mostly used in upper-class communities. Because of this, his children, one of whom would be my father, would have permanent criminal records, eliminating them from many job opportunities. My father, now blackballed from many opportunities but still needing to provide for his family, would perhaps resort to selling drugs as the only way for him to put food on the table. Because of this, he would be in and out of jail, forcing him to leave his sons, my brothers and I, without a stable home. At this point, my brothers and I would be become part of the same cycle of mass incarceration.

This is the essence of what it means to be disadvantaged in the United States. These systemic barriers that have been passed down from generation to generation have stagnated the progress of black people in the United States. Had my grandfather been born in the United States in the 1920s as a white man, his story would perhaps be similar to what it is now. However, had he been born as a black man, it might parallel the hypothetical situation I outlined. Success is simply found at the green light of the intersection of hard work and opportunity. For black people in the United States, the opportunity portion of this equation has been hard to find. Privilege does not necessarily mean you have not worked hard for what you have; it simply means that you have been placed in a position that allows you to succeed more easily than others. This is not always necessarily a bad thing; however, it becomes problematic when people do not recognize their privilege exists, which makes them numb to the experiences and plights of their disadvantaged counterparts. In addition, they often cannot understand or relate to people who struggle with things they take for granted. “The American Dream” may have existed for those with fairer skin; however, it simply did not exist for black people in the past, and this has made all the difference.

Menelik Graham is a first year student. Originally from Portmore, Jamaica, he now lives in Auburndale, FL. He can be reached at menelikg@princeton.edu 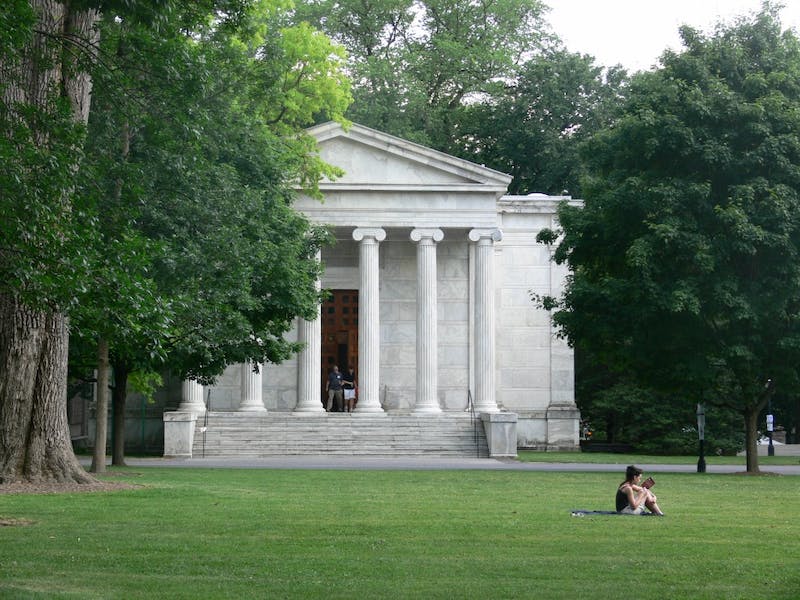