The Undergraduate Student Government recently released a report on the winter 2016 referendum regarding eating club transparency. The document contains a summary of findings and several proposals, including the formation of a permanent USG subcommittee on eating club transparency and diversity that would work to collect demographic data on club membership. As indicated on page 12 of the report, 75 percent of underclassmen voted in favor of the referendum, compared to only 63 percent of upperclassmen. This suggests that students, particularly underclassmen with less personal experience on Prospect Avenue, want more information about eating clubs. The Editorial Board agrees with the importance of examining and elucidating the role of clubs in campus life. However, we recommend against using demographic information on eating club membership. Rather, we encourage students to make their decisions about joining a club based on their personal interactions at the clubs and with members. To this end, we urge clubs to host more opportunities each fall semester for potential members to experience and get to know clubs both during the day and at night.

From a practical point of view, implementing an eating club census would be difficult and unlikely. The Interclub Council has opposed the release of this information. As independent bodies, the eating clubs are not bound by USG referenda. At best, USG can make recommendations that the clubs can choose to ignore. We accordingly believe USG’s primary focus on demographic information is misguided insofar as it targets such a specific and likely futile goal. We instead propose that any USG subcommittee created in response to the winter referendum focus more broadly on eating clubs and their interactions with underclassmen, instead of emphasizing the collection of demographic information as a primary means of reaching the proposed committee’s stated goals of increasing “eating club transparency, inclusivity, and diversity.”

The Board also reiterates our agreement with the ICC’s reluctance to collect and release demographic information. In our December editorial urging a “no” vote on the referendum, we argued that emphasizing demographic information could further entrench potential homogeneity in a club by perhaps making students who do not fit its statistical makeup less likely to bicker or sign-in. We also pointed to privacy concerns members may have regarding revealing their personal characteristics. This is of particular concern because club memberships are very small, making demographic information far less anonymous than, for example, demographic information the University releases of each incoming class. Finally, we also believe that asking bickerees to share their demographics could worsen an already stressful process by making them feel diminished to these immutable characteristics of their multifaceted personalities.

Additionally, after reading the USG Report and noting its particular concern with potential homogeneity among club memberships, we worry that demographic information released without context and a proper understanding of the club system could be misinterpreted. Potential disparities across clubs in demographics, such as race, gender, and academic major, would not indicate inequity, and one must assess the purpose of eating clubs to understand this phenomenon. For example, if a demographic report reveals that a club has a disproportionate number of engineers, there may be calls for that club to diversify by accepting more humanities and social science majors. And yet, it is the appropriate prerogative of that club’s members to decide that they enjoy eating and socializing primarily with engineers. Furthermore, it may be revealed that engineers are disproportionately from certain ethnic backgrounds. That imbalance of ethnic makeup within the eating club would not reveal the existence of discrimination, but would rather reflect the unique culture the club membership has cultivated. We urge any student who is amenable to this example of homogeneity in a club to apply the same standard to homogeneity that may be due to athletics or Greek life. Insofar as the USG proposal suggests a negative stigma around what is typical of students wanting to freely associate in clubs with their friends, we reject any such stigma and oppose the release of club demographic information.

Despite our objections to the collection and use of demographic information for club members and bickerees, we understand students’ desires to learn more and urge the expansion of valuable alternatives to gain personal exposure to the clubs. The ICC and USG should continue partnering to host opportunities such as A Taste of Prospect through which students can learn about clubs in person. We also encourage individual clubs to expand their events for prospective members and make a particular effort to broadly advertise these events to the entire sophomore class, rather than simply among the clubs’ extracurricular, athletic, or academic affiliations. For example, a number of clubs invited the sophomore class to one of their members’ nights last fall, and some openly advertised these opportunities on residential college listservs. Other clubs have programs that allow any sophomore to sign-up for a guest meal at the club. We encourage all clubs to consider implementing these programs, which offer a great chance for prospective members to get exposure to Prospect Avenue both during nights out and mealtimes. Finally, we call on individual students to take the initiative to attend these events and to seek out the perspective of their upperclassman friends to learn more. We believe personal interactions with club members are the best way to dispel any misconceptions or concerns about eating club membership; thus, we urge the ICC, club leadership, and individual students to create and seek out such opportunities, rather than relying on statistics that lack proper context.

Gabriel Swagel ’20 and Thomas Clark ’18 abstained from the writing of this editorial.

Connor Pfeiffer ’18 recused himself from the writing of this editorial.

The first argument in favor of our proposal is that such an act would allow prospective members the opportunity to make informed decisions before joining a club. The majority cites page 12 of the subcommittee's report, indicating that 75 percent of underclassmen and 63 percent of upperclassmen voted in favor of the referendum. These figures indicate that the greatest support for collecting demographic information of eating club membership is among first-year and second-year students, for whom consumption of this information would be useful during the Bicker process. Similar logic is applied by the University and its peer institutions in their efforts to release annual statistics on the demographic makeup of incoming and matriculated classes. Considering that administrators recognize the value of informing prospective students of the demographic makeup of our own academic institution, eating clubs ought to afford this same opportunity to their prospective members.

Moreover, the collection and distribution of eating club demographics is not solely beneficial to those individuals seeking membership within the system. This information could also serve as an accountability mechanism for identifying discrimination within the Bicker process. In a May 2016 publication of the “Princeton Alumni Weekly,” Univerity President Christopher Eisgruber ’83 wrote that in 1958, 23 sophomores (15 of whom were of Jewish descent) were denied admission to eating clubs “in spite of a commitment by the clubs to accept all applicants.” Without the use of demographic information, protestors of these discriminatory acts would have no standing to claim that eating clubs were discriminating against Jewish bickerees. This premise is still true today, in that it is important to collect and release the demographic information of eating clubs in order to hold clubs accountable to community standards of inclusivity and diversity.

Finally, the dissent refutes the majority’s concerns that the collection and distribution of eating club demographic information might be misinterpreted by those who consume the information. The majority argues that “disparities across clubs in demographics, such as race, gender, and academic major, would not indicate inequity.” The dissent agrees that demographic information alone is not substantial enough evidence to make a legal claim for discrimination in the eating club system. As in the case of the 20th-century discriminatory eating club practices against Jewish students, these statistics must be paired with qualitative accounts from bickerees in order to make a substantial legal claim of discrimination. Without both sources of analysis, latent discriminatory practices may exist without any source of controversy and cause for remedy. Moreover, the majority’s concern that bickerees with access to the demographic information of clubs might be less likely to join after considering the club’s demographic makeup is further reason for the implementation of such a collection and distribution mechanism. This potential scenario creates an incentive for club leadership to carefully examine and modify their recruitment measures to promote diversity and inclusivity.

The dissent recognizes the autonomous nature of the eating club system and acknowledges the lack of a concrete enforcement mechanism for implementing this recommendation. However, we strongly encourage the ICC to take these considerations in mind when evaluating their membership recruitment practices for future Bicker periods in an effort to make our eating club system more diverse and inclusive while still maintaining the unique qualities of each respective club.

Sorry, Witherspoon, you need to go

Sorry, Witherspoon, you need to go

“Although statues preserve memory, they inherently glorify it as well. Memories can be preserved in so many ways; if shady statues of historical figures must exist for the sake of reflection, then they should be in museums rather than on an open campus.”

“Although statues preserve memory, they inherently glorify it as well. Memories can be preserved in so many ways; if shady statues of historical figures must exist for the sake of reflection, then they should be in museums rather than on an open campus.” 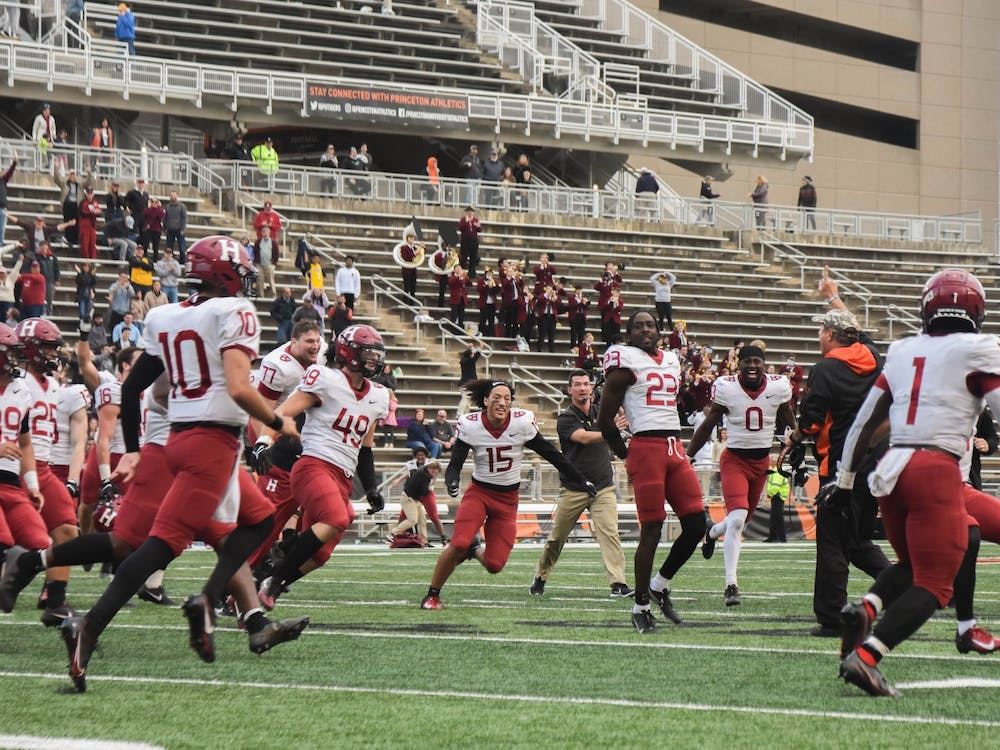 “I’m here to tell you that Princeton’s 18–16 win over Harvard was completely legit, that the officials’ call was correct and appropriate under the NCAA’s rules, and that the bonfire on Cannon Green — and Princeton’s Ivy League Championship — was totally deserved.”

“I’m here to tell you that Princeton’s 18–16 win over Harvard was completely legit, that the officials’ call was correct and appropriate under the NCAA’s rules, and that the bonfire on Cannon Green — and Princeton’s Ivy League Championship — was totally deserved.” 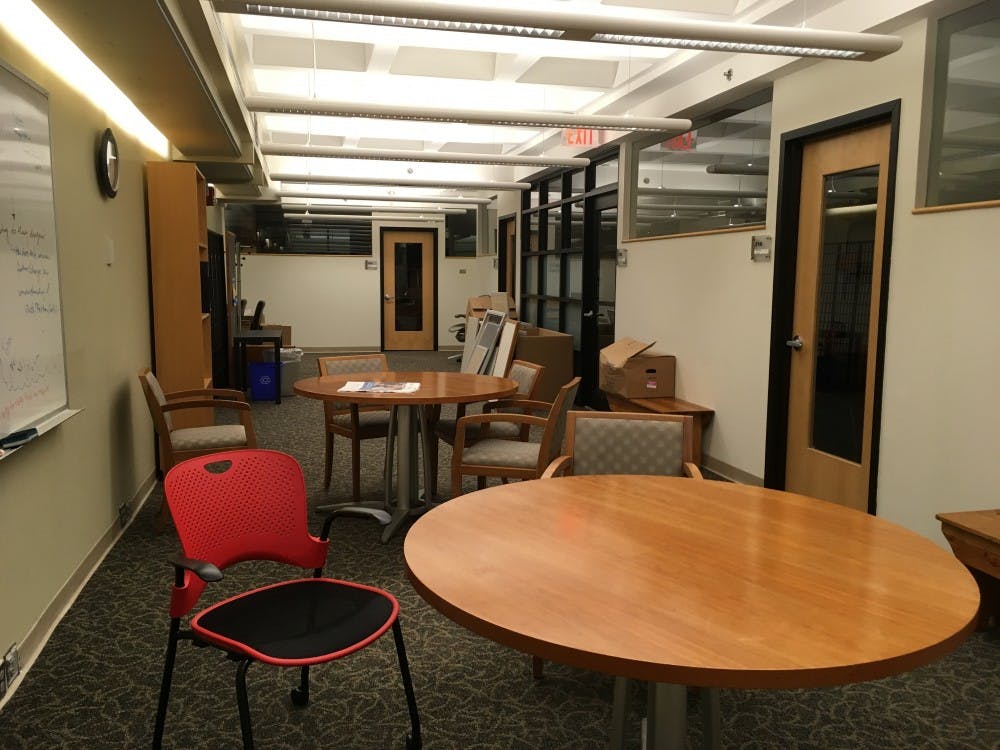 “All in all, the prominent negativity surrounding Writing Seminars is a dire issue — one that considerably impacts first-year students and a student’s relationship with writing. While there are many things to consider, creating an add/drop policy or making writing seminars more flexible should not be impossible.”

“All in all, the prominent negativity surrounding Writing Seminars is a dire issue — one that considerably impacts first-year students and a student’s relationship with writing. While there are many things to consider, creating an add/drop policy or making writing seminars more flexible should not be impossible.”