On Friday, Feb. 17, Princeton Advocates for Justice will host an Immigration Day of Action in response to President Trump’s executive order on immigration. The event aims to bring students together to contact their respective representatives in order to “show Congress that President Trump’s executive actions are unlawful, immoral, and unacceptable,” according to a statement by PAJ. The Board acknowledges the work of student activists in organizing this event and providing a forum for engagement among Princetonians concerned about the direction of national policy; these are important issues with which students of all viewpoints should respectfully engage. Yet the Board is concerned by the fact that the event’s publicity poster lists the Office of the Dean of Undergraduate Students as a cosponsor of the event. Because cosponsoring events can create the perception of the endorsement of a particular stance, the Board believes that ODUS should not include its name in the advertisement of political advocacy events (such as the Immigration Day of Action) because it could have a limiting effect on advocacy for counter-stances.

ODUS funds all officially recognized student groups, so ODUS funds are used to host a range of both political and nonpolitical campus events. Occasionally, ODUS provides additional funding for special events or for groups that have not yet gone through the official recognition process, as is the case with Princeton Advocates for Justice. ODUS undoubtedly plays an essential campus role of indirectly helping students host events. However, despite funding most student events, ODUS does not choose to cosponsor the vast majority of them. By actively choosing to list itself as a cosponsor for the Day of Action, ODUS could be viewed as implicitly endorsing the event and the positions for which it advocates. As part of the Office of the Vice President for Campus Life, ODUS is an integral part of the University administration, so ODUS’s cosponsorship of the Day of Action could associate the University with the political stance the event takes.

The Board here re-affirms its long-standing position, from its recent editorial on the Charles Murray walkout to past editorials on divestment referendums, that no University-sponsored entity should give the impression of taking an official political stance on any issue. Such University-sponsored entities should avoid not only actual political bias, but also actions that could appear to be favoring one particular side of an issue. This holds whether an event is more right- or left-leaning, because the University should be neutral on all issues. ODUS neutrality maintains and improves an environment of open discourse — essential to a liberal arts education — in which students do not feel pressured by the University’s “endorsements” to remain silent or change their opinions. Furthermore, ODUS has the distinct responsibility of overseeing student group recognition and providing event funding. There is the possibility of a unique harm if students hoping to start a group or hold an event related to the opposite side of a policy debate feel they would not be able to do so following ODUS’s co-sponsorship of an advocacy event. Since students are the driving force behind the community benefits of advocacy events, the Board recommends that the Office of the Dean of Undergraduate Students should not cosponsor partisan advocacy events.

We close on two final points. First, this editorial is not to say ODUS should have no involvement in campus discourse. Rather, ODUS should continue funding student groups as it does currently and limit its active sponsorship to neutral and nonpartisan events such as yesterday’s Social Action Lunch Chat. Cosponsored with Undergraduate Student Government, the event importantly provided a general and nonpartisan discussion forum for “the process and logistics of activism, protests, and demonstrations.” Second, we want to emphasize the general nature of our proposal: ODUS should not cosponsor political advocacy events no matter the viewpoint the event supports. We urge readers who support the goals of the Immigration Day of Action to consider how they would feel if ODUS cosponsored an advocacy event with which they did not agree. While the writers of this editorial differ in our personal stances on the aims of today’s event, we agree that it is essential for open campus discourse that ODUS not cosponsor events of a political nature, regardless of whether we personally agree or disagree, because we know there are other undergraduates who hold different opinions.

The majority misunderstands the mission of ODUS, which is “to provide undergraduates with opportunities for personal, cultural and social development that complement the richly complex and challenging academic life of the University.” We strongly believe that events that promote advocacy and activism, such as the Immigration Day of Action, present important opportunities for intellectual discourse and student development and, thus, should be proudly and publicly sponsored by ODUS.

The majority’s argument rests on the fact that an ODUS logo on promotional materials for “political” events creates the semblance of political or ideological bias from the University administration. First, we reject this claim on face. Since all student groups, regardless of their political leaning, have equal access to sponsorship from ODUS, there is no evidence of bias in the events that ODUS selects to cosponsor. Second, many other University offices and academic departments selectively advertise events on their websites or through social media. Under the majority’s standard, should the Wilson School be prevented from publicly sponsoring “political” speaker events?

Finally, the ODUS logo is important because it provides student events with more legitimacy. By engaging more people on these topics, ODUS increases intellectual discourse on campus. The dissent does not believe that the presence of an ODUS logo creates a chilling effect on free speech. Insofar as the ODUS logo increases the reach of student events, we believe that ODUS should be free to publicize and put its logo on whatever events it chooses to.

Ashley Reed ’18 recused herself from the writing of this editorial. 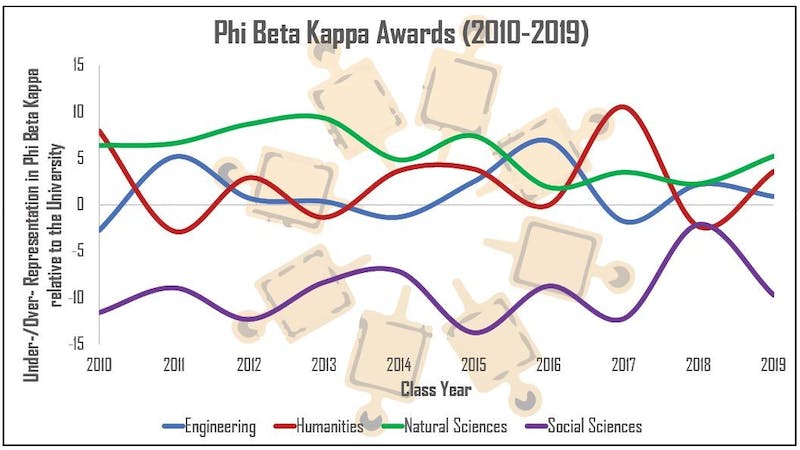