Consent is not enough

Editor's Note: This column discusses issues and events that might be traumatizing, or triggering, for some, namely sexual assault and rape.

One of the first things that we learn as Princeton students is how to define consent. Before we have even matriculated, we are required to watch a series of videos that detail what affirmative consent looks like. With the catchy and somewhat comical slogan of “Not Anymore,” we are socialized to view a lack of consent as the crux of sexual assault. Similar sexual assault prevention courses have become popular on college campuses around the country.

Videos on the internet have also begun to treat consent as the most important topic of discussion when sexual assault is discussed. For example, the “Tea Consent” video, which compares the act of having sex to giving someone tea, has been making the rounds on social media. Consent and sexual assault have become inseparable in the conversations that are currently being had on college campuses.

It’s important to consider why consent is entering the public discourse at the same time as the concept of female pleasure is leaving its taboo space. And even more importantly, we need to consider whether the idea of consent can actually be detrimental in certain ways.

Before this emerging moment in time, consent on the part of women didn’t generally have any currency because women weren’t supposed to have sex for pleasure. Sex was a man’s right. For a long period of time, it was believed that women did not even enjoy sex, let alone have sexual desires. A woman’s consent doesn’t matter if her desire to have sex doesn’t exist. After all, the desire to have sex is central to the concept of consent.

The new conversation around consent addresses female desire and condemns sexual assault. Even more importantly, it helps universities and the government to define what sexual assault is — a sexual act in which one party does not give consent.

Gender and Sexuality Studies professor Anne McClintock says that “historically, the right to rape was a marker of male status, for example, husbands, slave owners, and feudal lords.” The idea that women are capable of giving consent aims to take away men’s "right to rape," no matter what the man’s status is. This notion is complicated, however, by how lax the punishment has been in recent years for men who do rape (e.g. Brock Turner, Austin James Wilkerson, Mark Hulett). This shows that the idea of consent hasn’t truly been implemented in the justice system in the way that we might hope.

Among all of this talk of consent, we are missing something that can help us better address the problem of sexual assault. We need to address the fact that, even though sexual assault is being taken more seriously, neither the impulse to rape nor rape itself has disappeared. Rape has always been a way to assert dominance over another human being, and the desire to establish this power is still a significant part of male socialization. Rape was once a marker of male status and still remains so in our society in some residual manner. Although the act itself is frowned upon, the perpetrators are let off with a leniency exactly correlated with their social status.

Rape (and sexual assault) has always been regulated rather than prohibited. The ability to get away with rape is still held by very powerful men in our society. Our own president has bragged about sexually assaulting women: “When you’re a star they let you [grab their pussy].” Roger Ailes, the former CEO of FOX news, was also accused of sexual harassment in the beginning of 2017, but was not criminally prosecuted (he did resign as a result of the scandal, however, and settled a lawsuit for his perversions). He was accused of trying to solicit sex from various women in his network and was sued successfully by Gretchen Carlson for $20 million. It is notable to mention that FOX gave him $40 million upon his resignation. Trump and Ailes are men who got caught talking about or participating in sexual assault and still went without reproach. Likely, there are many such men who buy their way out of sexual assault accusations who we don’t even hear about — all you need is money and power to silence the voices of assaulted women.

It is doubtful that Donald Trump, Roger Ailes, or Brock Turner was ever unclear about how consent works. We need to stop marketing sexual assault as some drunken accident. When we enter a debate on consent, we neglect to consider that rape is not a mistake. Men know when they rape. Brock Turner knew, when he dragged his victim out to a dumpster and fingered her, that she didn’t “want it.” Instead of talking about this fact, the judge presiding over his case infantilized Turner. The idea that Turner did not understand consent, that he was just a misguided boy under the influence of alcohol, is utterly ridiculous. The victim hadn’t said no, but let’s not forget that she was also unconscious and the fact that he dragged her behind the dumpster, which indicated malicious intent and a conscious attempt to hide what he was doing.

The consent conversation has led to the “myth of miscommunication”: that sexual assault results from a misunderstanding rather than from calculated maliciousness. This is where the fear of being falsely accused for committing sexual assault comes in. Some men purport to be scared that they will be accused of rape even if they engage in mutually desired sexual intercourse because consent wasn’t loudly given. However, such a small percentage of men are falsely accused of rape that this occurrence is negligible.

Consent does empower women in the acknowledgement of their sexual agency. Women now have the right to say “no.” However, the debate about consent continues to put the burden on women to say “no.” In theory, this is a power. In reality, it just means that a woman can say “no” all she wants, but that a rapist will continue to rape her. And then, it will be seen as her fault for not saying “no” loudly enough.

Although conversations about consent do work positively, they have proved to be inadequate in curbing sexual assault. Perhaps this is because we are ignoring the fundamental questions behind rape, such as: why do men rape? Why do men need to assert their power over women, children, and even other men?

Note: This article deals with heterosexual rape and rests on the assumption that men are the perpetrators of most cases of sexual assault. This is backed up by statistics about rape in the United States — only 1% of the people arrested for “forcible rape” in the year 2010 were women (survey year). Certainly, we should account for a lack of male reports of rape due to the social stigma, yet the statistic is so disparate that it is justifiable to state that generally men rape while women are raped.

Bhaamati Borkhetaria is a sophomore from Jersey City, New Jersey. She can be reached at bhaamati@princeton.edu. 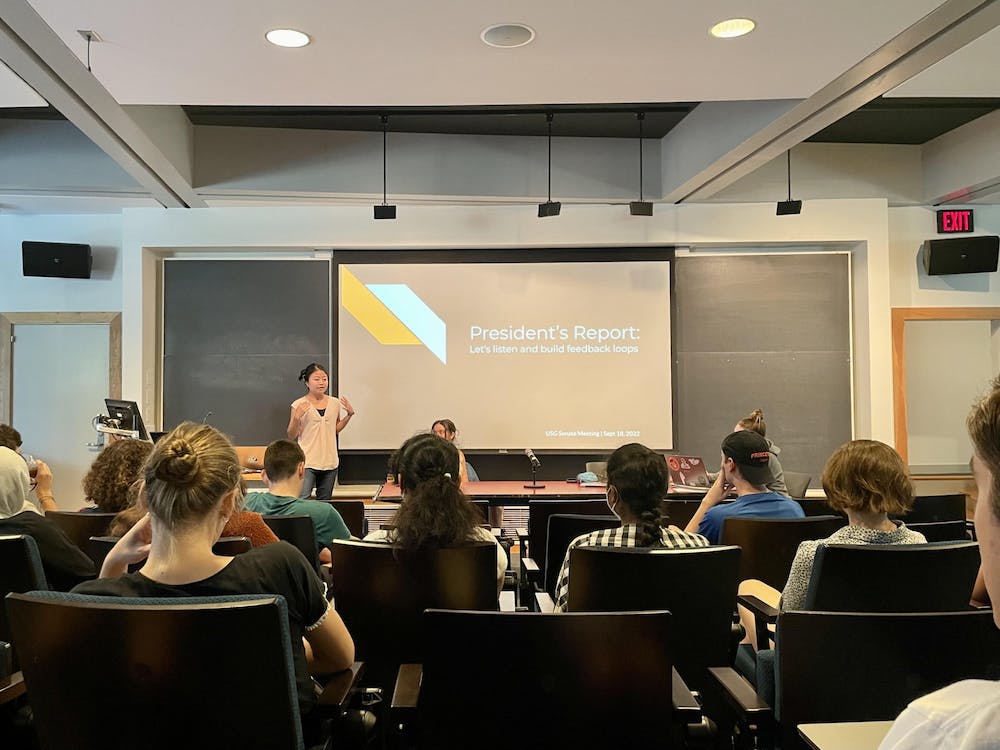 “If the USG wishes to fulfill its purported preamble dedication to ‘the proposition that students must be included in the making of decisions that affect them,’ they should leave referenda as they are.”

“If the USG wishes to fulfill its purported preamble dedication to ‘the proposition that students must be included in the making of decisions that affect them,’ they should leave referenda as they are.”

How Princeton can better support students in job and internship searches 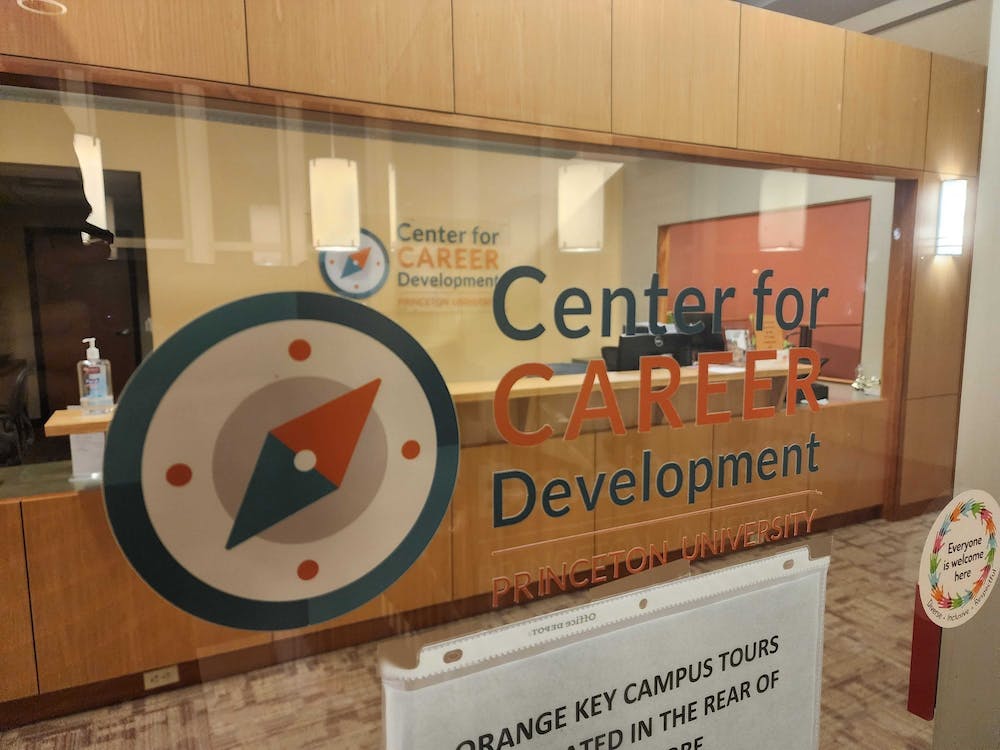 How Princeton can better support students in job and internship searches

“At first I thought that I was the only one who missed these deadlines, but after speaking with more alumni and learning about their recruitment timelines, I discovered that I am far from the only student at the University who was caught off guard by the application timeline.”

“At first I thought that I was the only one who missed these deadlines, but after speaking with more alumni and learning about their recruitment timelines, I discovered that I am far from the only student at the University who was caught off guard by the application timeline.” 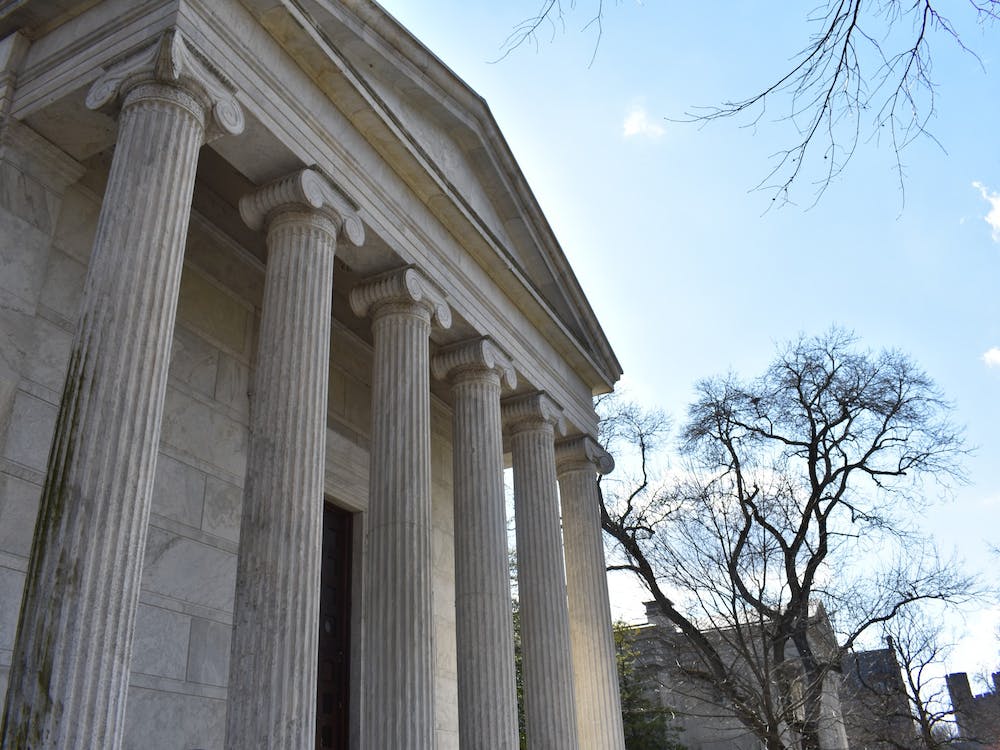 “It’s disconcerting that any student at Princeton, much less a politics concentrator, would hold such a narrow view of what is acceptable discourse. The entire purpose of a liberal arts education is to challenge students’ views, expand their intellectual horizons, and to have them engage deeply with conclusions and viewpoints at odds with their own.”

“It’s disconcerting that any student at Princeton, much less a politics concentrator, would hold such a narrow view of what is acceptable discourse. The entire purpose of a liberal arts education is to challenge students’ views, expand their intellectual horizons, and to have them engage deeply with conclusions and viewpoints at odds with their own.”