Recently, Housing Operations announced a pilot program under which bathroom locks on women’s bathrooms will be disengaged for the spring semester. This decision, which is subject to evaluation and reconsideration, was made in response to the sentiments of most of the student body, namely, that bathroom locks are unnecessary and burdensome. We encourage students to give feedback on this program through the open forums on bathroom locks taking place this week. The Board also proposes an alternative to this policy of disengaging the locks: instead, the University should install electronic prox locks (“Salto locks”) on hallway bathrooms of both genders across campus.

Most students agree that the current situation of having number-pad locks on women’s restrooms is unfeasible and poses an undue inconvenience to students. In a survey of student opinion, with participation by over 1,700 students, there was strong opposition to the status quo. In the current system, it is a significant inconvenience for female students to use the restroom when visiting other buildings, where they do not know the code. Furthermore, the current system is not especially safe or effective, as students often prop open bathrooms or leave the codes in public view, whether on online spreadsheets or as notes in the hallways.

However, we believe that it is hasty and unwise to disengage the locks altogether. Though a minority, some students have voiced concerns over the removal of the locks. A 2014 piece in the Princeton Progressive argued that the locks on women’s bathroom are “not obsolete.” Students, whether men or women, deserve privacy and security in the bathroom. While we believe that the vast majority of Princeton students would never abuse the proposed lockless system, installing locks is worth it to prevent even one future episode of harassment or sexual violence, e.g. the 2014 case of a student filming a female student in the shower, as well as to create peace of mind. Though it has been suggested that other colleges have implemented lockless systems with no such issues, instances such as the wave of filmings in dorm bathrooms that occurred at the University of Maryland last year clearly prove otherwise.

Student respondents to the Housing Operations survey generally favored either total disengagement of the locks, or installing Salto locks on all bathrooms. Salto locks are preferable to the existing system for several reasons. Rather than having to master a system of different bathroom codes, every student could gain access to the hallway bathroom matching the gender they identify with (as listed in TigerHub) using their prox. This would eliminate the inconvenience of using the bathroom in different buildings, and would be more secure in that there would be no incentive to prop open bathroom doors or write the bathroom codes on hallway whiteboards, as is often done currently.

According to the Housing Operations email, “the decision was made not to fund this option ... when considered against other University priorities.” The University must remember that when putting a price on the installation of Salto locks, it is putting a price on the prevention of sexual assault and/or harassment incidents, such as the 2014 shower filming. We believe that, when held against this standard, the investment is entirely worthwhile. Though it may be a significant initial investment, it is one that will last for years to come, just like the initial decision to install electronic locks on dormitory rooms. The University would be failing its students if it chose not to implement this safe and convenient system for purely financial reasons.

For those interested in learning more or voicing concerns, there is an open forum on bathroom locks this Wednesday at 4 p.m. in the USG Lounge. We believe that installing Salto locks on bathrooms is the best decision in keeping with Princeton’s commitment to student safety and combating sexual misconduct. We hope that these concerns will be given appropriate weight when making the final decisions regarding bathroom locks.

We respectfully dissent because we believe it is premature for the majority to criticize what is a pilot program, and further think that the Board’s proposed Salto locks alternative would have negative consequences on student life. Last year’s survey showed a majority of students did not want locks on any doors, and that is exactly what the pilot program proposes for this coming spring. During the trial period, female students always retain the option to re-engage the existing locks on a floor-by-floor basis if they so choose, meaning there is no harm in assessing how the pilot works, because any student who may feel uncomfortable by it would be able to have their floor’s bathroom lock reinstated. It is entirely possible that very few to no students would ask to re-engage their locks, and it is prudent for the University to test whether this is the case before exploring other possibilities. One such option is installing Salto locks on all dorm bathrooms, as the majority proposes. We disagree with this alternative, which we believe would create three significant harms.

First, Princeton’s dorm regulations prohibiting students from leaving their doors propped open already create a residential environment more restrictive and less collegial than at some of our peer institutions. We believe over-security of the bathrooms would create a negative residential climate premised on the idea of inherent fear and danger, instead of open community. The vast majority of Princeton students are not predators and having locks on all bathrooms would imply such a risk and contribute to a restricted residential culture.

Second, the majority neglects to consider their proposal’s significant impact on guests visiting Princeton dorms. It would be a heavy burden on students to need to give their prox to guests in order for the guests to use dorm bathrooms. Further complicating matters is if the guest is of a different gender than the host. This would either force guests into a bathroom not of their gender, much as female students currently use male bathrooms when they are visiting a dorm for which they do not know the code, or require students to borrow a friend’s prox so their guest could use the appropriate bathroom.

Third and finally, installing Salto locks would create difficulties around respecting student’s choices regarding gender. Each prox would presumably be encoded with access to either a male or female restroom. This could create uncomfortable situations for students who are transitioning genders, and do not want to share this personal information with University housing administrators in order to gain official access to their preferred bathroom. Such a basic aspect of daily life should not be subject to University bureaucracy and regulations, yet it would be under the majority’s proposal.

The majority neglects these important considerations, and for these reasons, we respectfully dissent.

The Editorial Board is an independent body and decides its opinions separately from the regular staff and editors of The Daily Princetonian. The Board answers only to its Chair, the Opinion Editor, and the Editor-in-Chief. 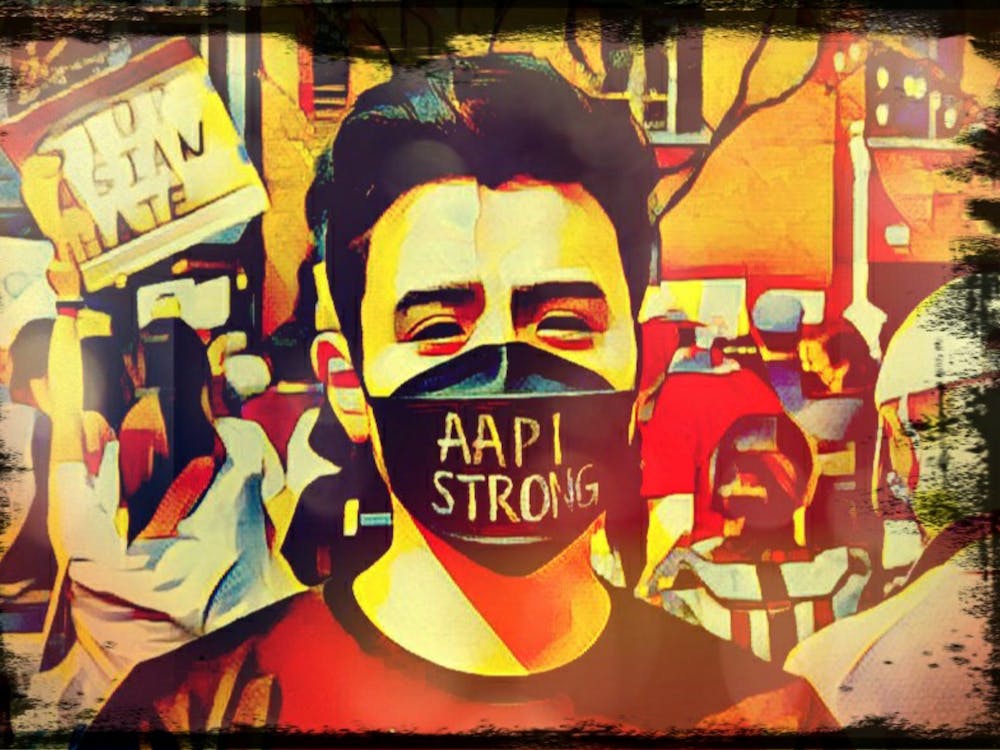 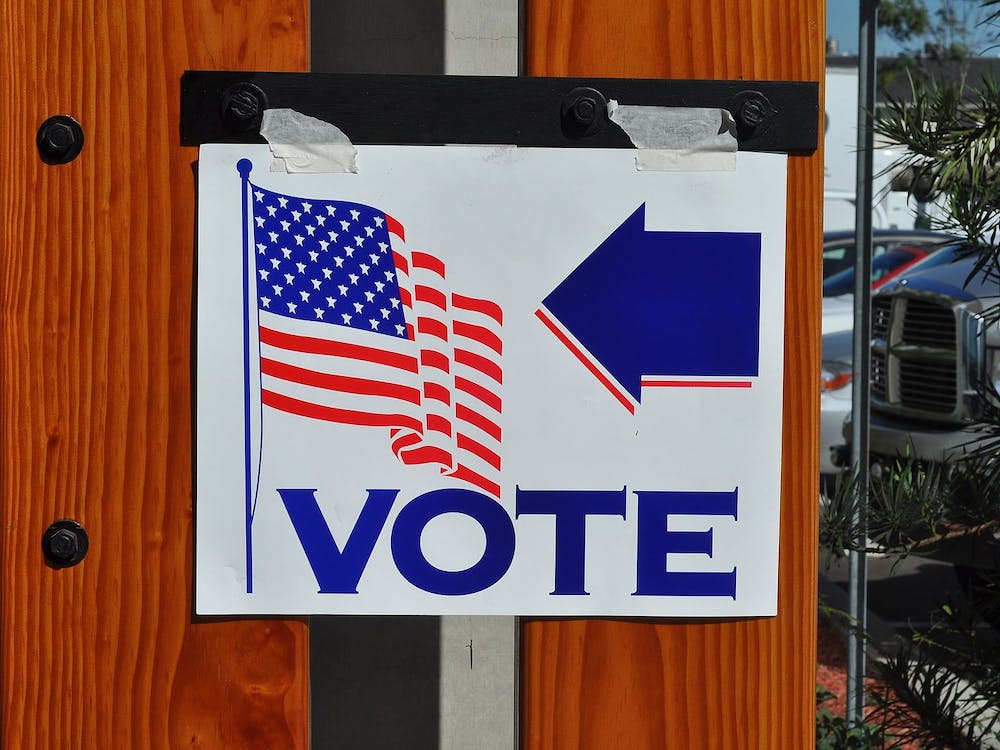 “It is not enough to take data points as unequivocal truths without questioning the structures that create them. The progress of marginalized communities, from criminal justice reform to electoral reform, rests on being able to achieve this level of contextualization.”

“It is not enough to take data points as unequivocal truths without questioning the structures that create them. The progress of marginalized communities, from criminal justice reform to electoral reform, rests on being able to achieve this level of contextualization.”

“By seriously addressing the concerns of its students regarding  climate change, Princeton would greatly increase its appeal to deliberating high school seniors, who might have offers of admission from other universities like Columbia and Brown, which have both already divested from fossil fuels.”

“By seriously addressing the concerns of its students regarding  climate change, Princeton would greatly increase its appeal to deliberating high school seniors, who might have offers of admission from other universities like Columbia and Brown, which have both already divested from fossil fuels.”