Stripped Down To Sweet Simplicity: The Making of Once

“I actually saw Once alone on a student rush ticket, just on a random day when I happened to be in New York City,” Sam Gravitte ’17 said. It was spring of his junior year, and he had fallen in love with the Tony-award winning Broadway show.

“He called me, and I was abroad in London,” Maddie Meyers '17 noted. “He said, ‘we should do Once together.’ I said, 'that’s a great idea, cast somebody who can play the piano, I’m not the person you should be talking to about this.'”

Gravitte was a self-taught tab, YouTube guitar player; Meyers had never touched a piano, and Gravitte proposed that they both perform Once as part of their creative senior thesis. When she agreed, they got in contact with Graham Phillips ’16, who had previously been in an original Broadway production and starred in films as well as TV shows. They asked him to direct the play that Gravitte and Meyers would be the leading actors of, as part of their creative senior thesis.

Once was originally a 2007 film by the Irish writer and director John Carney, and was adapted as a musical performance in 2011. In 2012, Once became somewhat of a sensation, winning eight Tony Awards, including Best Musical. According to Phillips, the plot begins with a typical boy meets girl, girl meets boy relationship between an Irish man and a Czech woman. He notes that while the play doesn't quite leave audience members with the "happily-ever-after" they expect, it does give us a sense that it was still all worth it.

“I think it was a very ambitious thing for them to do,” noted Vince di Mura, the musical director of the Lewis Center. “I think we are the first college production, and we may even be the first production off Broadway. It took a lot of courage for Graham, Sam, and Maddie to commit themselves to do something that had only ever been done on a Broadway stage.”

And yet — last Friday, tickets for Once were sold-out and the first ever non-professional production of the musical Once was performed in McCarter Theater. The original executive producer of the show, Robert Cole (who also managed Death of a Salesman, and produced The Crucible and Lucky Guy), called Phillips at 4 p.m. on the opening night and asked for tickets to the show, saying that he would be coming to Princeton to watch it. Later that night, backstage, he told the actors that it had been incredible for him to see the first iteration of the show re-visioned, saying that they were “spreading the gospel of Once.”

Gravitte commented that while Meyers and he had proposed to do the show, it was really Phillips who set the vision for how it would be performed. Phillips had never directed an on-stage production before, and saw the position as an opportunity to take risks as a director with minimized pressure for failure.

Phillips “is incredibly good at recognizing people’s strengths and weaknesses and trying to communicate what he wants to see from them,” Maddie noted. She added, “he is incredibly humble, very generous, very committed, and really made this show his whole life — because he wanted to, not because he had to.”

According to Phillips, one of the greatest challenges he faced — apart from getting a bunch of Princeton students in the same room together — was integrating the scene transitions into the piece. He explained that this seemingly minor aspect of the play took up to 20-30% of the whole rehearsal process, because he could only use the people who were not playing instruments to move the set.

“It was difficult for me at times to not let all of the minutia of directing to get in the way of the simple poetic core of the story,” Phillips explained.

Maddie noted that the show took on a special significance after the elections, “I think people just want to sit in a show and have another world presented to them.”

At the last second, on Wednesday night, Phillips explained that he decided to change some of the Irish and Czech songs in their pre-show to American folk songs such as ‘Blowing in the Wind’ and ‘This Land is Your Land.’ “I think that the show forces a reflection of all that is good in the midst of uncertain times,” he commented.

Ross Barron ’17, who plays the role of the piano storeowner Billy, said that the characters are very personable, yet relatively simple. “It doesn’t try to be super dramatic,” he noted, “which gives them more air to be human.” Barron added that the show turns male heroism on its head, because the leading male character is actually the damsel in distress.

Vince di Mura, who has worked at the University for 29 years, doubled as the musical director and father of the leading male character in the musical. While he had only previously acted twice before he said, “playing the role of the father of a budding musician wasn’t a stretch,” because his actual son, who is currently touring the US with a major class band, used to play him his recordings and ask him what he thought.

“In fact, in the second act when I do the scene when I’m listening to the recording, I swear, I look at Sam and I see my own son,” di Mura commented.

According to di Mura, oftentimes Broadway shows have a style of country music, but with a theater sensibility. However, he noted, “this is not theater sensibility. There is a great deal of authenticity in this musical — and that is refreshing, to be perfectly honest with you.”

Elisa Steele '17, who plays a “sassy Czech woman” in the show, said that this was her first musical since she was a child. “I was really excited by the prospect of pulling out my violin again, because that’s something that I did through the senior year of high school and then never really touched again," she explained. Steele is on the track team, as well as on Shere Khan with Gravitte and Meyers, and said that she decided to audition for the play when she heard that her oldest college friends would be putting it on.

All of the people interviewed emphasized the talent of the cast that they worked with, who all participate as the pit orchestra on-stage. Gravitte noted that there were some members of the cast who had never been in a musical before, but who were playing three or four instruments while singing, dancing, and acting.

“My head is still spinning from the fact that it came together at the 11th hour,” Phillips noted. But he added, “the fact that everyone had a good time doing it is a testament to how invested everyone was, and how the show has a magical ability to bring together people from all facets of life.”

Once will be showing in the Berlind Theatre at McCarter Theatre at 8 p.m. Thursday, Friday, and Saturday this week. 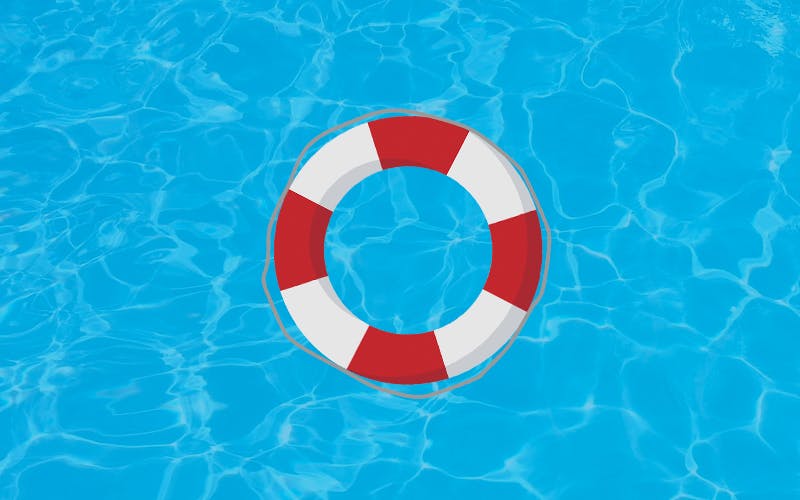