An important, yet often forgotten, historical site in the United States is just around the corner from the University, beyond the Graduate College: the Princeton Battlefield. The battlefield is the site of George Washington’s victory over the British Army in January 1777, in a battle that set the course for the Continental Army’s eventual victory in the Revolutionary War. Today, the preservation of the field is threatened due to the purchase of a portion of it, Maxwell’s Field, by the Institute for Advanced Studies. The IAS intends to develop faculty housing on the plot. The Board calls upon IAS to sell the land to a non-profit for the purposes of historical preservation and build housing elsewhere.

In November of 1776, George Washington’s Continental Army was encamped beyond the Delaware River in Pennsylvania, vastly outnumbered by its British and Hessian adversaries. In early January of the following year, days after defeating the Hessians at Trenton, Washington marched his army around the British flank to attack the rearguard at Princeton. During the battle, Washington personally rallied two brigades and led them in a charge, exposing himself to a volley from merely 30 yards away. This unlikely victory demoralized the British Army, led to the liberation of southern New Jersey and changed the course of the Revolutionary War. Due to the Battle of Princeton’s historical importance, part of the battlefield is preserved by a state park. Some of it, though, is not — Maxwell’s Field, the site of Washington’s charge, is to be bulldozed to make room for faculty housing at the IAS.

Given the IAS’s devotion to scholarship, including the study of history, the Board is disappointed that the organization is willing to bulldoze a site that is of considerable historical importance both to the United States and to Princeton University. The issue is not funding. The Civil War Trust, a nonprofit dedicated to the preservation of historical battlefields, has offered to buy the land for nearly 40 percent more than market value.

It is understandable that organizations such as the IAS should have master plans for land use to maximize efficiency. However, the Board believes that such plans should be subordinate to historical considerations in this particular case since the IAS can sell the land at well above market value and purchase a similar plot elsewhere. The Board does not call upon the University or any governmental authority to use coercive measures to force IAS to relinquish land. Rather, it calls upon IAS to recognize the importance of preservation and sell the land to the Civil War Trust.

On a practical level, construction on Maxwell’s Field would obfuscate future efforts to study the military history of the Battle of Princeton. Military history relies heavily on the study of topographical features, and the preservation of battle sites would allow for future generations of historians to better understand and critique the works of previous ones.

More importantly, preservation of the entirety of the Princeton Battlefield provides a memorial to a conflict that shaped human history and to the soldiers who fought there. In the past, the Board has repeatedly called for a nuanced understanding of history as a means of reconciling differences in the present. Preservation of the Princeton Battlefield does not entail cordoning off the land. Leaving the entirety of the battlefield in the hands of a non-profit, as opposed to private residences, would allow more Americans to engage with and learn from this event.

The creation and preservation of historic sites plays a critical role in furthering public understanding and appreciation of our nation’s history. Though not all historic sites of comparable importance are preserved, the IAS should not turn down the opportunity to preserve the site.

By exercising restraint, the IAS would send a powerful signal that the events that took place on Maxwell’s Field almost 250 years ago merit commemoration through preservation. Rather than build faculty housing, IAS should allow Maxwell’s Field to be a resource for understanding the origins of the United States. Future faculty members may have to endure a short bus ride in order to get to work, but future generations of Americans will have access to a historical site key to their heritage.

The Editorial Board is an independent body and decides its opinions separately from the regular staff and editors of The Daily Princetonian. The Board answers only to its Chair, the Opinion Editor and the Editor-in-Chief. 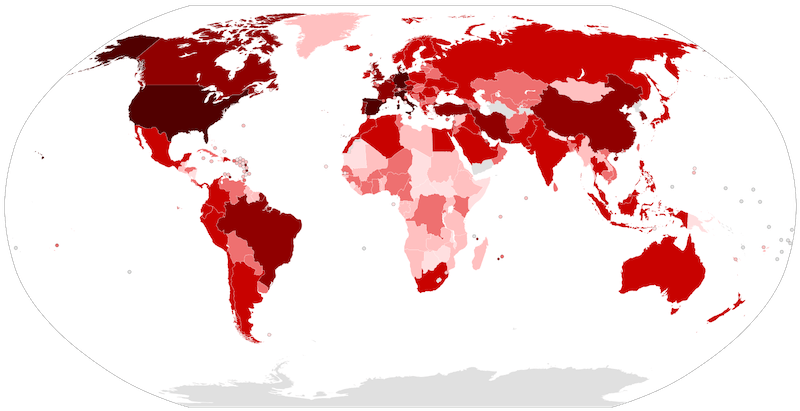 The solution to coronavirus is political

How to stay happy during social distancing

An open letter to the Dean of the College

The solution to coronavirus is political

How to stay happy during social distancing

An open letter to the Dean of the College