“Unfamiliar Street” is a travel series in which we introduce you to streets from all around the world, far from the well-trod gravel of Prospect Avenue.

Let’s jet across the pond to one of the most famous streets in London: Piccadilly. All right, maybe this street is not so unfamiliar if you know the famous roads of London, have played British monopoly or listened to the song “Good Life” by OneRepublic where the road is referenced within the first thirty-five seconds of the song. However, unless you’re staying at the Ritz Hotel in London or trying to catch the tube from either Green Park station or Piccadilly Circus station, chances are you don't know that much about Piccadilly. Don’t make the rookie mistake of confusing Piccadilly Road with Piccadilly Circus. As the names might suggest, the first is a straight line and the latter is a circle. Piccadilly Circus is a round, plaza-like space that connects Piccadilly Road and Regent Street.

Named after the piccadills, stiff lace collars that Robert Baker sold on the street in the 1600s, Piccadilly, located in the borough of the City of Westminster, is now surrounded by other well-known locations, including Hyde Park and Mayfair. Piccadilly ranks with other famous London streets, such as Baker Street where the fictional character Sherlock Holmes resided, and Abbey Road, associated with the Beatles and their hit album of the same name.

If you start at Hyde Park Corner and look to the right you’ll see an impressive stone monument, the Wellington Arch. The Wellington Arch is a hollow victory arch with three floors of exhibits commemorating the Duke of Wellington’s defeat of Napoleon. If you continue walking east you’ll notice that one side of the street is busy with people walking in and out of beautifully designed buildings. The other side of the street is relatively quiet with no buildings because it hugs Green Park. Before crossing the street to Green Park, a Royal Park of London, note that the Brits drive on the other side of the road and remember to look left (and right for good measure). There is much to explore in Green Park, but we will stay on Piccadilly for now.

If you continue walking east you will begin to see plenty of business people descending below ground to the Green Park tube station. Everytime I visit London, this tube station is my starting and stopping point for exploring the city. The London Underground is the cleaner, friendlier, more efficient version of New York City’s subway system. Every morning during my stay, I bought a cup of tea from the nearest cafe and hopped on the tube at Green Park to any of the 270 stations around London.

A two minute walk from the Green Park tube station takes you to The Royal Academy of Arts, part of the Burlington House, a private mansion now open to the public. The intricate stone architecture now serves as a center to enjoy and appreciate the visual arts through exhibitions, education, debates and other events open to the public. I went to the Jean-Etienne Liotard exhibition which closed on Jan. 31. Starting Jan. 30, however, and lasting until April 20 2016 is Painting the Modern Garden: Monet to Matisse, an exhibition to explore to the role of gardens in the evolution of art.

Just across the street from the Royal Academy is Fortnum and Mason, the most famous shop on Piccadilly, founded in 1707 by William Fortnum and Hugh Mason. Fortnum and Mason used to be an elite grocery shop until it was converted to an upmarket department store selling everything from luxury teas to kitchen appliances. In Fortnum and Mason, I sat at The Parlour for a glass of champagne and croissants. When The Parlour is closed, you can go to the Diamond Jubilee Tea Salon on the fourth floor where you can enjoy a spot of afternoon tea. 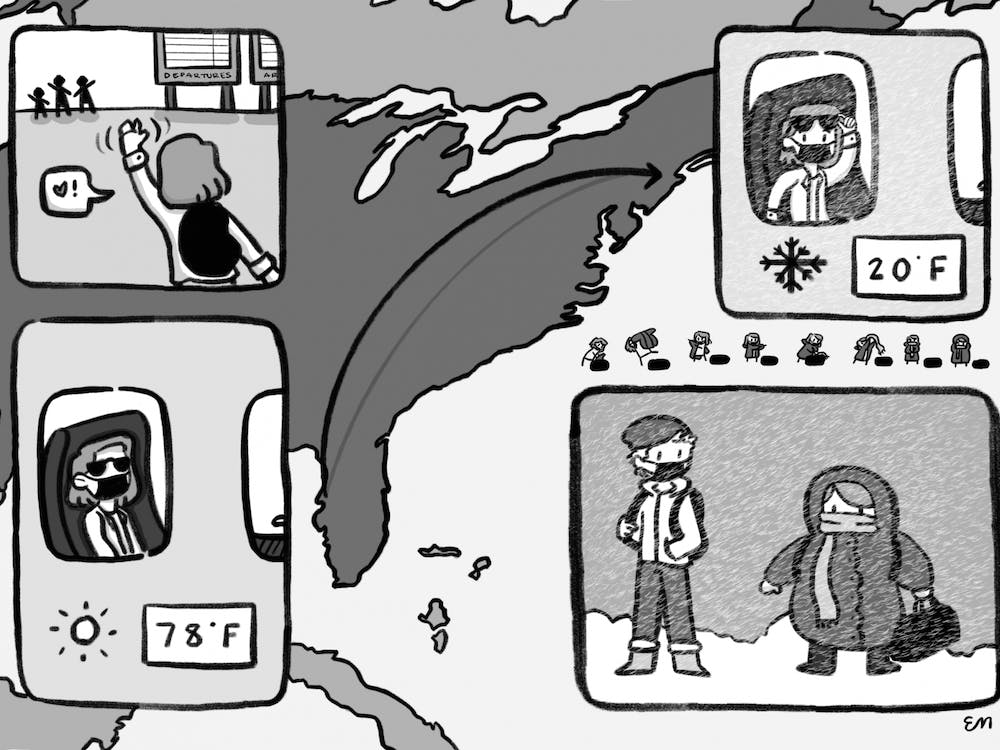