In the Service of All Nations: Student military members on campus

When they were in the military, Max Kim ’16, Michael Liao ’17 and Ann Thompson GS began each day hours before the typical college student gets out of bed. Kim, who spent 25 months between his freshman and sophomore years in the Republic of Korea Air Force, would wake up at 6 a.m., report for roll call and go for a 30-minute jog before reporting to the logistics command office where he worked.

Liao, who served in the U.S. Marine Corps for five years before starting at Princeton in 2013, generally rose at 5 or 6 a.m. for an hour of physical training with his unit — except when he was deployed to the field, in which case, he said, “you’re essentially on call 24 hours a day, and you just try to work in your sleep and chow schedule as you can.”

Thompson, who got out of the U.S. Army in August after four years as a military intelligence officer, had to be up in time for physical training at 6 or 6:30 a.m., followed by formation and an hour and a half of working out; on deployment in Afghanistan, she would be reading reports and setting the day’s agenda for herself and her soldiers by 7 a.m., seven days a week.

On training days, a senior cadet in Princeton’s Army ROTC battalion whom we spoke to (who asked that her name not be used as a precautionary conflict-zone safety measure) is also starting training by 6:30 a.m. The cadet will be joining the Army after graduation; like Thompson, she hopes to be a military intelligence officer.

Just because the three veterans are no longer in active service doesn’t mean they’ve left those early mornings behind, however. When asked how their military experiences have influenced their time on campus, all four students agreed that discipline has translated to skills that are important in an academically demanding environment like the University.

“Time management — that’s a challenge that every student has to face here, but you have a fair skill at it, having to deal with it in the military, especially if you’re a leader of troops,” Liao said. “You have to incorporate that, otherwise you’re going to flounder in the military.”

At the University, because of the “mental atrophy” from the five-year gap in his education, “sometimes I need to struggle more over subjects and assignments that may come more naturally to my peers,” Liao wrote in a post-interview follow-up email. “[B]ut I always try to compensate … by being proactive in working ahead whenever possible.”

Kim echoed Liao’s appreciation of time management skills, which Kim cultivated while in the ROK Air Force. “I wake up at 7 a.m., even now, and I go to the gym every morning,” he said. He also added that his two years in the ROK Air Force helped him become more “mentally and physically mature,” and he is more motivated in the classroom than he was in his freshman year.

The students have gained new perspective in other areas as well. In international relations and policy classes, “having a background in tactics and the military, and looking to the future as a military member — I think it gives me a unique perspective in the sense that it really challenges me to ask questions and be really active about what the country’s doing, why it’s doing it,” the ROTC cadet said.

“I think the perspective part is big,” Thompson said. “Certain things just don’t really faze veterans in the same way.” She added that the leadership experience she gained from positions that had her overseeing over 100 personnel and millions of dollars’ worth of equipment was invaluable.

“It’s almost ridiculous to say it, but I kind of despise the person I would have become if it weren’t for the military,” Liao said. “I think I would have had much less bias toward action, would have been much less decisive and assertive.”

These students’ reasons for joining the military are much more varied. For Kim, as for all South Korean men, military service in the ROK Armed Forces is a requirement for citizenship. Liao, on the other hand, signed up for the U.S. Marines — a choice of branch he made “because it seemed to be the toughest branch,” he said over email — and originally intended to attend college before serving. After his high school graduation, however, in part because of the ongoing “War on Terror” and in part because he “needed to take a sabbatical from academia,” he decided to go into the Marines first.

The senior cadet first thought about joining the military when, as a middle-schooler, she attended a cousin’s graduation from the U.S. Military Academy at West Point. “From that day on, I was like, ‘I’m going to go to West Point,’ ” she said — and she almost did. “I saw [the military] very much as an opportunity to have more of an effect with my talent,” she added, “as a way of to do more than I could do by myself.”

Thompson, too, framed her decision to join the military as a way to make an impact. “I wanted to serve in some way, especially during a time of war,” she said. “I felt like I’d had a lot of opportunities given to me by virtue of being an American citizen, as cheesy as that sounds. I wanted to give back in some small way, if I could.” When she began her undergraduate career at Stanford, she decided to give ROTC a try and ended up sticking with it all four years, commissioning in the Army after graduation.

The path forward also looks very different for these four students. Kim, an economics major, does not plan on returning to military service. “In Korea, since everyone does military service, it’s not a profession that people pursue,” he said. “It’s a bit different compared to the American military, where if you’re a military veteran, or if you serve in the military, people respect you.” Thompson, who is working toward her Master in Public Affairs at the Wilson School, is eager to explore other work in public service, perhaps in the U.S. Department of State.

When asked if he would return to the Marines, Liao was open to the possibility: “There are aspects of the job that are really terrible, and you swear you’re never going to go back, but then there’s other aspects like the brotherhood, [and] being compensated for being physically fit isn’t a bad deal either… I think the brain selectively remembers the good parts.” At the same time, as an electrical engineering major, he is also interested in moving to the Bay Area or to Texas to work in computer architecture. The cadet, a Near Eastern Studies major who speaks Arabic, French, and some Persian, is commissioning in the Army; she hopes to eventually deploy to the Middle East.

Right now, Liao is the only undergraduate at Princeton who is a veteran of the U.S. military. Among graduate students, there’s still only a small population of veterans or active-duty officers, mostly concentrated in the Wilson School. Liao would like to see that change.

“A lot of people in the military [have] sort of established a glass ceiling for themselves, thinking, ‘Well, Princeton’s an Ivy League school, so that’s probably out of my league,’ or ‘My G.I. Bill’s not going to cover that,’ ” he said. “You’ve got to somehow motivate people in the service right now to look more at this school.”

Thompson agreed: “It’d be nice to see more veterans on campus, especially in the undergrad population. I think it’s valuable having the ROTC program here,” she said. “It fosters more engagement between cadets and civilians.”

The ROTC cadet, who has noticed she receives more attention when she walks around campus in uniform, echoed what Thompson said. Sometimes, she gets interesting remarks about the significance of being female in the military — but mostly, she said, “I see it as an opportunity to have a conversation with people, get to know people.”

“That’s one of the things I love about Princeton, the wide variety of people that are here, and getting to know all of them,” she said. “It’s almost an excuse to do so, so I think it’s a good thing.” 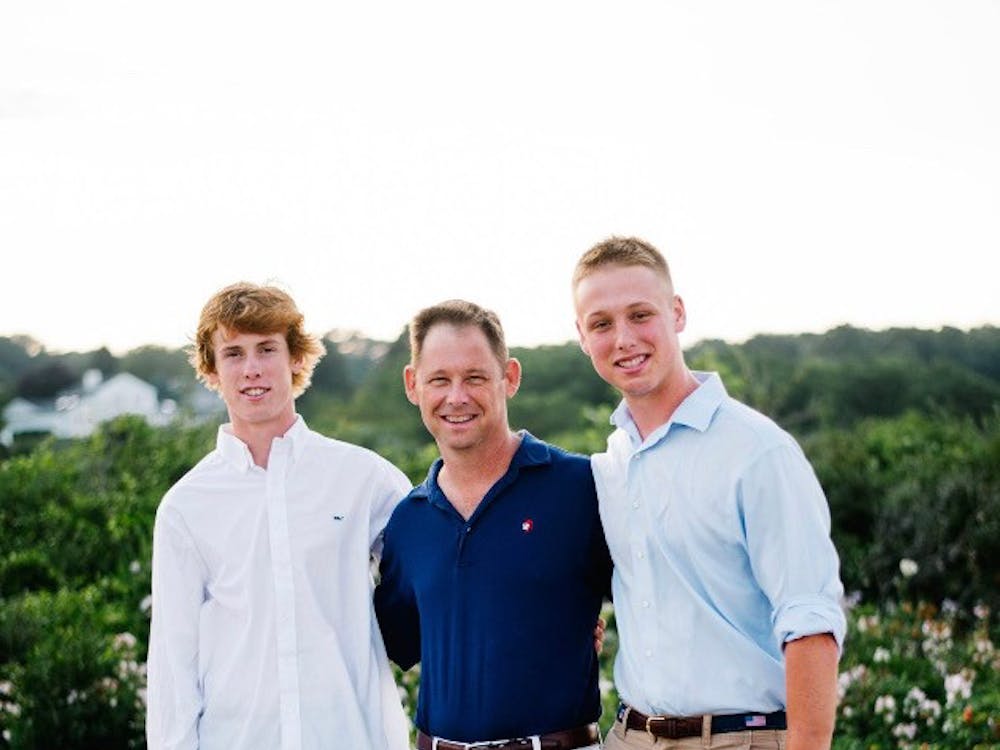 “I think the combination of Princeton and the army uniquely qualifies you to serve the nation and humanity to a greater extent than at another place.”