Dean of the College Valerie Smith

Over the past three semesters, members of the University community have come together in support of a simple yet important step that the University can take to further its commitment to institutional equality and social justice. It has become widely acknowledged that the U.S. “justice” system is broken. Our nation’s overflowing jails and prisons are physical manifestations of the institutional racism and socioeconomic inequality that have plagued this country since its inception. Like other systems of social control, this system functions largely by stigmatizing and disenfranchising entire segments of the population. A person who has been labeled a “criminal” in our society, often as a result of the under-funding and over-policing of low income communities of color, can be systematically stripped of rights including housing, employment, voting and education. By asking prospective undergraduates about former involvement with this system in the application process (forcing them to check “the box”), the University actively supports racial and socioeconomic oppression, and consequently the decimation of communities, families and individual lives.

In certain respects, the University has endorsed policies that address the penal reality. Its support for the Princeton Teaching Initiative and the Petey Greene Program, which bring high school and college-level courses into prisons, reflects an appreciation for the transformative power of education. The University does not require graduate school applicants to check the box, and as of this year, it delays such questions until the final stage of the hiring process. However, the University remains complicit in the dehumanizing process of criminalization through the factors it considers in its undergraduate admissions process. By receiving the information communicated by the box, it legitimizes a demonstrably unjust system. In order to end this form of discrimination, we call on the University to take a moral stand and refuse to accept information about an applicant’s history with the penal system in the admissions process.

Despite the unquestionable flaws within our nation’s punishment system, the University and an estimated two-thirds of all universities fashion themselves into an arm of the punitive state by asking questions about past convictions on their applications. More than just facilitating an applicant’s rejection, this has a huge deterrent effect on people applying to colleges. A recent report done on the topic found that in the State University of New York system, for every applicant denied admission after checking “yes” when asked about past convictions, 15 other applicants who checked “yes” failed to complete the application form. Moreover, the median attrition rate for those with felony convictions was found to be three times higher than the median attrition rate for the general applicant pool. We are effectively dissuading or turning away an enormous block of potential applicants.

Most University students can admit that they have committed “crimes,” like underage drinking, illegal drug use, minor driving infractions or maybe even more serious infractions. That we are here reflects the fact that we were never caught, or perhaps that we were fortunate enough to have legal representation capable of securing expungements or getting convictions overturned. Marginalized individuals from policed communities do not have these luxuries. What this means, practically, is that a question about past involvement with the punishment system asks more about applicants’ race, socioeconomic status or birthplace than about their moral standing. Inquiring about past convictions has never been proven to make campuses safer; universities that do not ask such questions do not report higher levels of violence or crime. We believe that the box represents a profound and harmful form of discrimination that the University should have nothing to do with. We do not accept that having been caught committing a crime disqualifies a person from having an education.

While we believe that the University has both a moral imperative to remove questions about involvement with the penal system from its application process and the power to effect real change by doing so, we recognize that these questions must be addressed on a broader scale. For this reason, over the course of the past year, students at the University have been organizing alongside formerly incarcerated individuals, advocacy groups and students from over a dozen other institutions to form a national coalition to abolish the box. Given the recent attention to the inequities of the American penal system, the implementation of “ban the box” fair hiring practices in various jurisdictions (including New Jersey), and the rapidly expanding base of students and activists seeking to remove questions about past involvement with the penal system from college admissions, we believe that the success of this movement is imminent. Abolishing the box on the undergraduate application is an opportunity for the University to emerge as a leader in the fight for a more fair admission policy.

This past year, over 600 University students, faculty and alumni have joined their voices to this call for more fair admissions. More recently, several campus advocacy groups have joined a coalition calling on the university to change. Among these are Students for Prison Education and Reform, Princeton College Democrats, Princeton Committee on Palestine, The Princeton Progressive, the Muslim Association for Social Justiceand the Princeton Equality Project. In order to further educate the campus community about this issue and its intersections with other areas of social justice, members of the coalition will be hosting a teach-in during the coming week. We invite Eisgruber and other members of the University administration to join students, faculty and community members in attending this event in order to better understand the nature and broad range of support for this movement.

Students for Prison Education and Reform

How Firestone exploited Liberia — and made Princeton as we know it

How Firestone exploited Liberia — and made Princeton as we know it

“Princeton’s Library propagandizes the Firestone Company. It serves a corporation that has, for nearly a century, oppressed Black laborers in the West African nation of Liberia.”

“Princeton’s Library propagandizes the Firestone Company. It serves a corporation that has, for nearly a century, oppressed Black laborers in the West African nation of Liberia.”

Your rhetoric is killing trans people 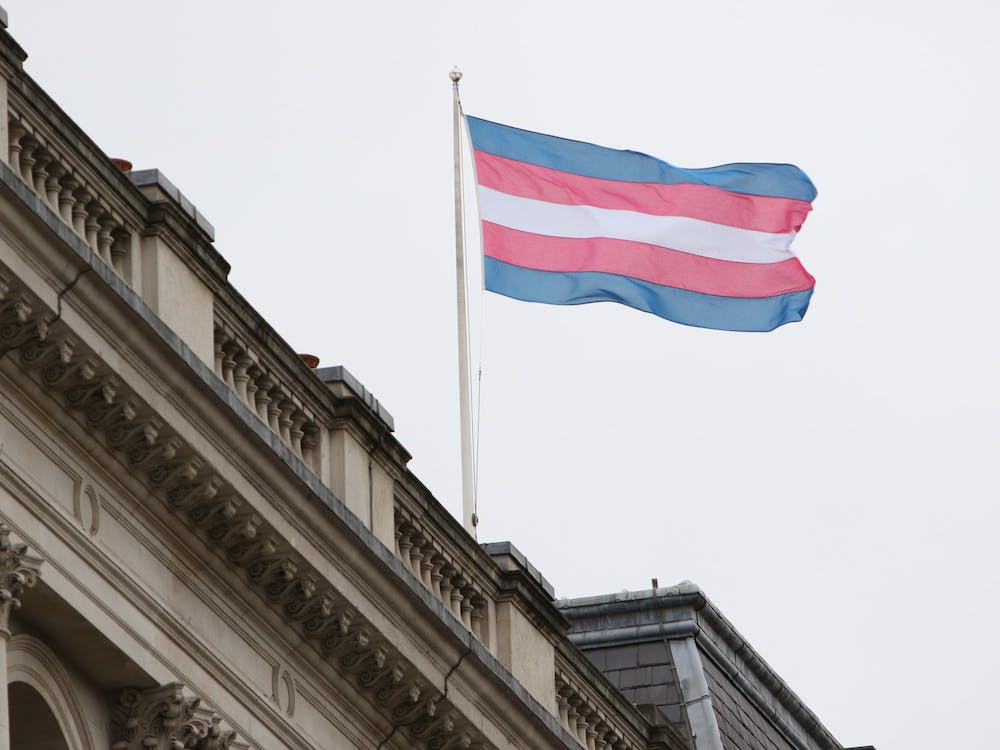 Your rhetoric is killing trans people

“Transitioning isn’t pretty. It’s intensely terrifying to step into the shoes of the person you’ve always wanted to be when part of you wants to stay in the worn-but-comfortable pair you’ve always had.”

“Transitioning isn’t pretty. It’s intensely terrifying to step into the shoes of the person you’ve always wanted to be when part of you wants to stay in the worn-but-comfortable pair you’ve always had.”

Bring back Zoom lectures and recordings

Bring back Zoom lectures and recordings

“The University administration should work to universally bring back Zoom lectures and recordings for the benefit of enhanced learning, rather than leaving it up to professors alone.”

“The University administration should work to universally bring back Zoom lectures and recordings for the benefit of enhanced learning, rather than leaving it up to professors alone.”