Editorial: Join the Editorial Board

Last semester, the unsigned editorials featured on this page have discussed issues such as the construction of a campus pub, increasing the number of beginner-level precepts offered in introduction courses and encouraging activism at the University. The Daily Princetonian Editorial Board, a group of 15 undergraduates, was collectively responsible for writing these pieces. The members of the Board are not the editors of the various sections of the ‘Prince.’ Instead, they constitute an independent group of undergraduate students charged with determining the position of the newspaper as a whole. Today, instead of taking a stance on an issue, we would like to explain the editorial process and invite interested freshmen, sophomores and juniors to apply to join the Board.

The Board is the independent body responsible for determining the position of the ‘Prince’ on a range of matters that affect the University, its campus community and our generation. We meet twice a week to discuss campus issues, solicit input from potential stakeholders and ultimately determine the stance the ‘Prince’ will take on the issue at hand. We work closely with other sections of the newspaper to gather information about editorial topics, but we deliberate behind closed doors and independently determine our own positions to preserve objectivity. The Board answers only to its chair, Jeffrey Leibenhaut; the Opinion Editor, Benjamin Dinovelli; and the Editor-in-Chief, Anna Mazarakis.

While the Board strives for unanimity, editorial positions are determined by majority vote, and members take turns writing editorials. The majority opinion is signed collectively by the Editorial Board rather than the individuals who concurred with the position of the majority. The minority can also publish a dissent that will bear the names of the individuals dissenting, when they are particularly passionate about the issue. All majority opinions are the collective product of the Board and constitute an independent voice separate from other sections of the ‘Prince.’

Crucial to our mission is the ability to incorporate a variety of diverse perspectives into the editorials we produce. Current Board members come from around the globe and represent a wide variety of majors, political philosophies, and academic and extracurricular interests. What unites us is an engagement in campus life, and a commitment to investigating and discussing issues pertaining to the University community. We are committed to bringing compelling arguments and perspectives to this page, criticizing and praising in equal measure. We try to recommend specific policies or actions for the University that, in our opinion, are best for the community as a whole.

For us, its members, the Board is one of the defining activities of our time at the University. From the (relative) comfort of our fourth-floor conference room, we engage in challenging, passionate and intellectually stimulating debates that lead us to examine and confront the full range of issues that affect our lives at the University. It is especially exciting when our suggestions make a lasting contribution to broader campus discussions about an issue, or when the University adopts them, such as the computer science department’s decision to keep the pass/D/fail option available for COS 126: General Computer Science, and the Honor Committee’s decision to modify its punishment for students who take extra time on tests.

Our aim is to inspire discussion and, ultimately, action. However, this is impossible without students with unique perspectives — independent thinkers who are eager to debate and willing to engage with issues important to the University. We value writing ability, creativity and strength of thought much more than journalistic experience. If you are interested in joining us, we encourage you to fill out our applicationby midnight on Monday, Feb. 16. Applicants will be interviewed shortly thereafter. We look forward to meeting you!

TheEditorial Boardis an independent body and decides its opinionsseparately from the regular staff and editors of the ‘Prince.’ The Board answers only to its chair, the opinion editor and the editor-in-chief. 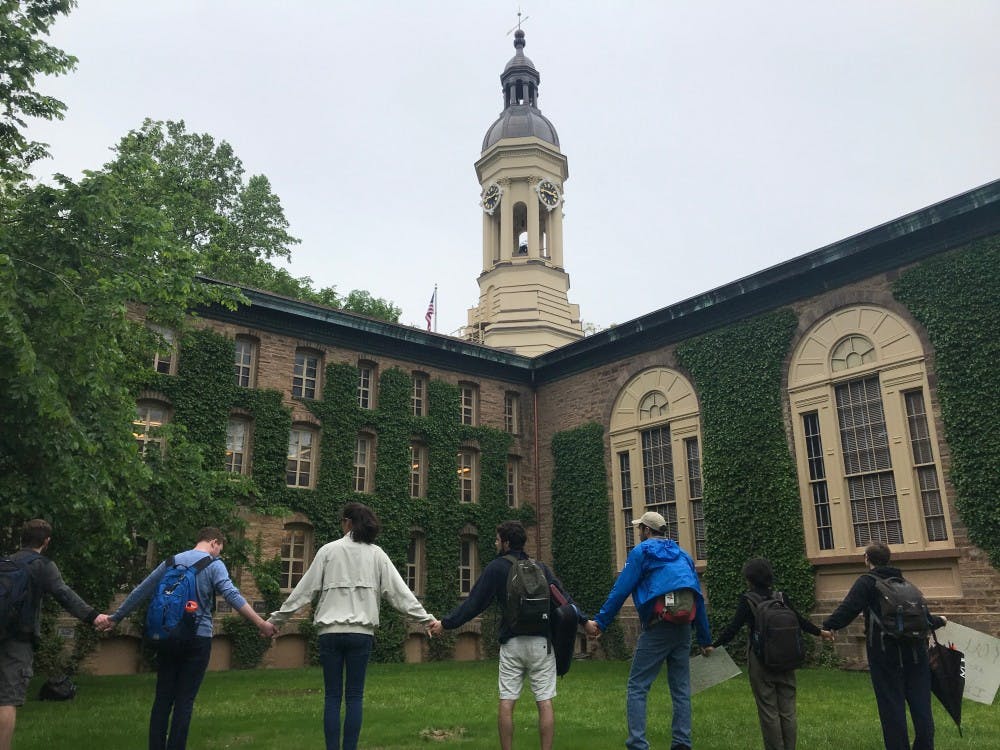