Hundreds of Princeton High School students supported teachers in a contract dispute by walking out of classon Thursday, according to the Times of Trenton. The contract dispute is between the local school board and the teachers' union Princeton Regional Education Association. Andrea Spalla, the school board president, said that the issues in dispute could not be publicly talked about and that progress has been made to address them. OnDecember 1, PREA members responded to the contract dispute by deciding to end voluntary participation in uncompensated extracurricular activities that extend beyond the school day. PHS student Harrison Bronfeld, who helped organize the walkout to support the teachers, said that the studentsdesired a resolution to the issue. “Discourse and respect for a diversity of opinions is valued in the PHS community,”PHS principal Gary Snyder said regarding students’ decision to participate in the walkout. The PREA and the school board are scheduled to meet onMay 4.

Nyssa Emerson GS, a graduate student in the chemistry department, was struck by a 2008 Toyota Prius Wednesday night while crossing Washington Road, according to a press release published by the Princeton Police Department.Twenty-year-old Steven Cruz, the driver of the Prius, was alone in the car as it approached the marked crosswalk on Washington Road, south of Ivy Lane, at approximately 9:32 p.m.Emerson said that she had gone to Frist Campus Center to get a cup of coffee beforehand before returning to the chemistry department.“I think on one side of the road, a car had stopped for me, and so I entered just a crosswalk and it seemed clear, but the other car didn’t stop, and hit me,” Emerson said of the last thing she remembered about the accident.Princeton First Aid and Rescue Squad transported Emerson, who suffered critical injuries, to Capital Health Regional Medical Center in Trenton, N.J.The Prius, which sustained damage to the front end and windshield, was towed, according to the press release.The officer investigating the accident, Patrolman Marshall Provost, who was also assisted by the Mercer County Prosecutor’s Office Serious Collision Response Team, is preparing charges against the driver, PPD Lieutenant Robert Currier said.Currier added that there were no updates as of Thursday afternoon.Cruz and Provost could not be reached for comment.Although Emerson has no brain or spinal injury, she has broken bones and said she is in a lot of pain.

Harold Ekeh, a student at Elmont Memorial High School in Elmont, N.Y., was accepted to all eight Ivy League universities, as well as five other universities.

Michael Graves, a famous architect based in Princeton, died in his Princeton homeThursday. He was 80 years old. Throughout his career, Graves made many significant contributions to the world of art and architecture as an avid drawer, painter and professor.

The University of Pennsylvania’s men’s basketball head coach Jerome Allen has announced his resignation, which will go into effecton Tuesdaynight after Penn plays Princeton in its last game of the season, according to Ivy League Sports. The Daily Pennsylvanian reported that Penn athletic director Grace Calhounhad informed Allenlast Monday that he would befired at the end of the year.

Cornell hosted the fourth Ivy League Vegan Conference, with over 300 anticipated visitors, this past weekend. The event, hosted by Cornell for the first time, was free for Cornell students. The conference is the only Ivy League conference dedicated to discussions about vegan diets, academics, policy and bioethics.

William Scheide ’36, a musician and philanthropist who died in November at the age of 100, bequeathed his rare books collection to the University, making it the largest gift in the University’s history. The collection is valued at nearly $300 million and is particularly notable for its breadth and depth, Karin Trainer, the University librarian, said. Scheide had announced at a luncheon hosted by the University for his 90thbirthday thathe would bequeath the collection to the University upon his death, Trainer said. After his father,John Scheide,Class of 1896, died in 1942, William Scheidepermitted the transportation in 1959 of the collection from his father’s home in Titusville, Pa., to Firestone Library, where he continued to oversee its care and occasionally add valuable items to it. “I think he was very happy with the way he thought it was being used and the care he could see we were taking with it even though it belonged to him,” Trainer said of Scheide’s decision to trust the University with the collection after his death.

In response to school-wide Title IX policy changes on the issues of sexual and gender-based harassment across the nation, Harvard banned its professors from having sexual relationships with undergraduates this week. The Faculty of Arts and Sciences, which oversees Harvard undergraduates, emphasized that the rule regarding teacher-student relationships needed to be clearer — specifically, the language now explicitly forbids undergraduates and professors from engaging in romantic or sexual relationships. The restrictions also apply to lab workers and dissertation advisees. Under the previous policy, Harvard’s policy was more vague, only specifying that relationships with “one’s students” are inappropriate — suggesting that relationships between professor and student were prohibited if the student was in a professor’s class, but not necessarily otherwise. The University, along with its peer institutions, was also found in violation of Title IX regulations last year in November. The University and the Office for Civil Rights implemented a resolution agreement in order to review the revised policies to ensure compliance with Title IX.

The Task Force on Sexual Assault at Brown University advised the administration to hire professional investigators to explore and help resolve student complaints of sexual assault and misconduct on campus in areport that was published inDecember, according to the Providence Journal. The Task Forceoperates under Title IX of the United States Education Amendments of 1972. Some of the other recommendations that the task force published include streamlining the University's hearing process, establishing a discretionary fund to help provide resources for both parties involved and improving communication with students coming forward with sexual assault. The 55-page report published by the task force does not specify what role local law enforcement should play in the issue of sexual assault and the new changes that should take place on Brown’s campus, although it did advocate for the development of a “Memorandum of Understanding” with the police force in Providence as well as the attorney general of Rhode Island. In the past two years, Brown has had three cases of sexual assault that have received considerable publicity, the last of which included a student who tested positive for GHB, a date-rape drug, after reporting to the University the incident that allegedly occurred at a fraternity party. Brown is still currently investigating this case. 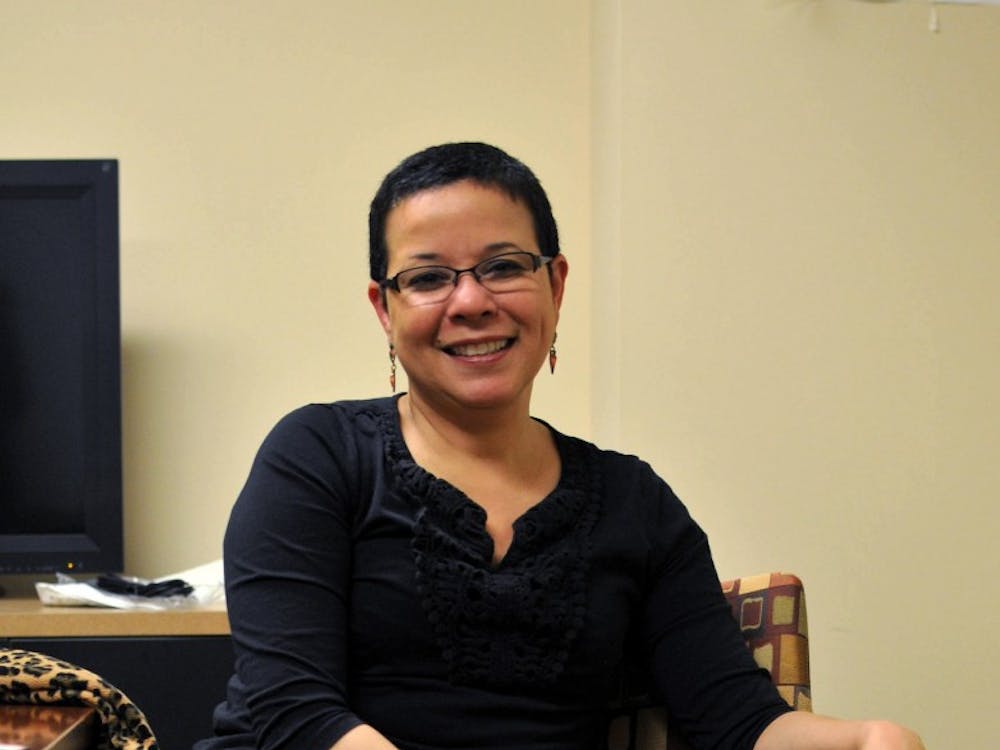 When Ramona Romero took her first job and became the only Hispanic lawyer at a large law firm, she felt lost and isolated.