At Princeton, some campus conservatives have acted as if they have a monopoly on fighting for free speech. It’s time for that to change. During a first-year orientation event about free speech, only three people spoke: President Christopher Eisgruber ’83, USG Vice President Hannah Kapoor ’23, and Myles McKnight ’23, the president of the Princeton Open Campus Coalition (POCC). McKnight describes the POCC as “a group of students working to promote the values of free speech, intellectual freedom, and robust discourse on campus,” and on paper, this sounds good. No one should be against free speech on campus, right?

In reality, the POCC is not as “open” as it presents itself. The principles of free speech that they claim to fight for are secondary to their conservative ideology, and a convenient fig leaf for their culture war grievances. McKnight recently wrote an op-ed about the value of truth-seeking at the heart of the University, and I agree that truth-seeking is critical. Now, of course, McKnight can both advocate for his personal views and for free speech on campus. But he and the POCC use their position as free speech champions as an excuse to encourage conservative outrage politics. We have repeatedly seen that the POCC does not follow its own principles. Free speech deserves better champions.

In December 2021, The Princeton Tory and the POCC co-hosted an event with Abigail Shrier, the author of “Irreversible Damage: The Transgender Craze Seducing Our Daughters.” As the title of her book makes clear, Shrier is not engaging in a rigorous, empathetic, or productive analysis of transgender identity. Luckily, free discourse would have easily exposed Shrier’s vulnerabilities and I would have loved the opportunity to ask her about her egregious methodology.

But the POCC event was not open to the entire student body, ironic for a group that claims to be “open” in their name. Citing security concerns, the event was hosted off campus, attendance was limited and first promoted to Tory readers, and the POCC and the Tory chose not to provide a virtual option. It’s hypocritical for the president of the POCC to present himself as a champion for “open dissent” while his organization participated in creating an echo chamber for transphobia. The POCC purports that listening to disagreement and being uncomfortable is important — just not at their events.

The Gender Sexuality and Resource Center (GSRC), which responded to the POCC event with a teach-in, better exemplified the values that the POCC claims to hold. At the GSRC event, students organized, shared ideas, and learned from each other. Hate and misinformation will lose to compassion and truth. Princeton students overwhelmingly support access to gender-affirming health care for transgender people because many of us have listened to transgender people share their stories. Progressives must remember that free speech protects them too, and that principle is worth defending.

Just take another event the POCC hosted this March: “Mob Rule: The Illiberal Left’s Threat to Campus Discourse.” I personally attended out of a sense of curiosity, but sadly — and predictably — it devolved into another conservative grievance fest. At the event, they talked about free speech in general terms. But inside the echo chamber, the noble goals of seeking truth were subsumed into the culture war. For example, the room erupted into laughter when an audience member mockingly asked a panelist, “So, do you know what a woman is?” The panelists repeatedly bemoaned that academia has been captured and corrupted by the left. They fantasized about a world where conservatives could face no social repercussions for their speech, no matter how bigoted or virulent. When a panelist urged the attendees to never apologize for their speech, the audience cheered, because not one inch of ground can be conceded in the culture war.

Stripped of the veneer of free speech protections, this event was a room full of conservatives making transphobic jokes, laughing at liberals and queer people, and reducing the nuances of cancel culture to the faults of their political enemies. The event was not for me, or anyone else who doesn’t ascribe to the narrow bounds of both the conservative ideology and their culture-warrior, “own the libs” rhetorical style. The event did discuss campus free speech, and I agree that these are important and valuable discussions. I just wish they took center stage, instead of being shoved aside in favor of grievance politics.

The POCC is welcome to host private events with transphobic authors and to frame campus speech as a battle against the left-wing “mob,” but they are sullying the legitimate cause of free speech by using it as a cheap curtain to hide behind.

Progressives don’t need free speech advice from the POCC, and as contributing columnist Eleanor Clemans-Cope recently explained, they should passionately defend free speech. Campus conservatives have held a monopoly on the mantle of free speech for too long; all they have done with it is try to hurt people from behind a smokescreen.

Nate Howard is a sophomore contributing columnist from Princeton, NJ. He is a prospective sociology concentrator and co-coordinator of Divest Princeton. He can be reached at natehoward@princeton.edu. 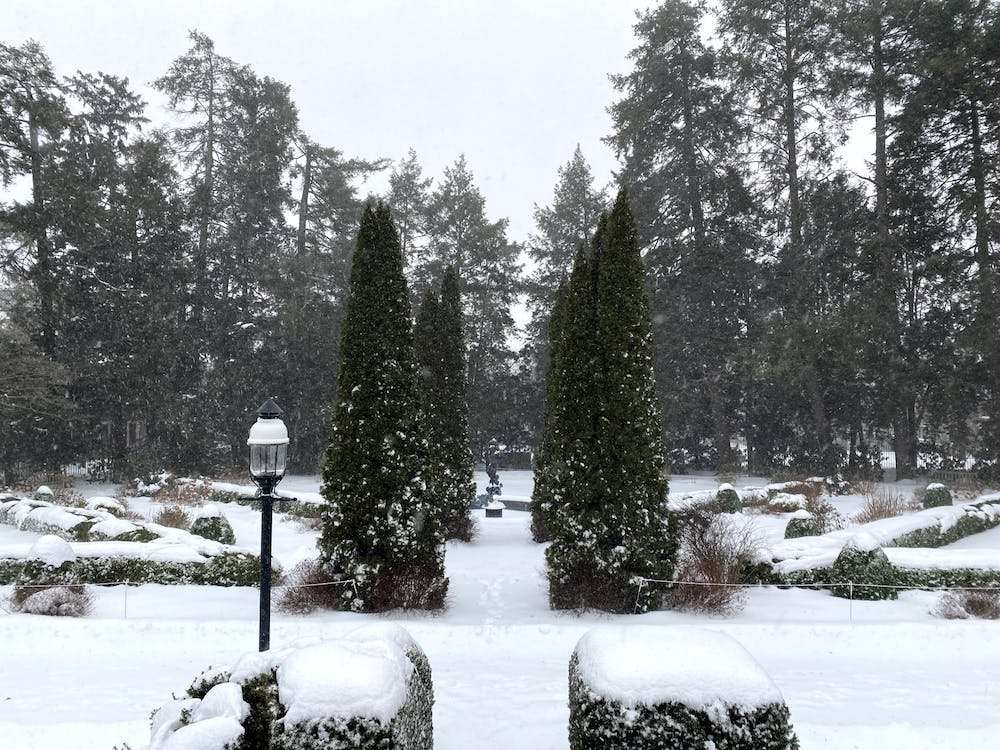 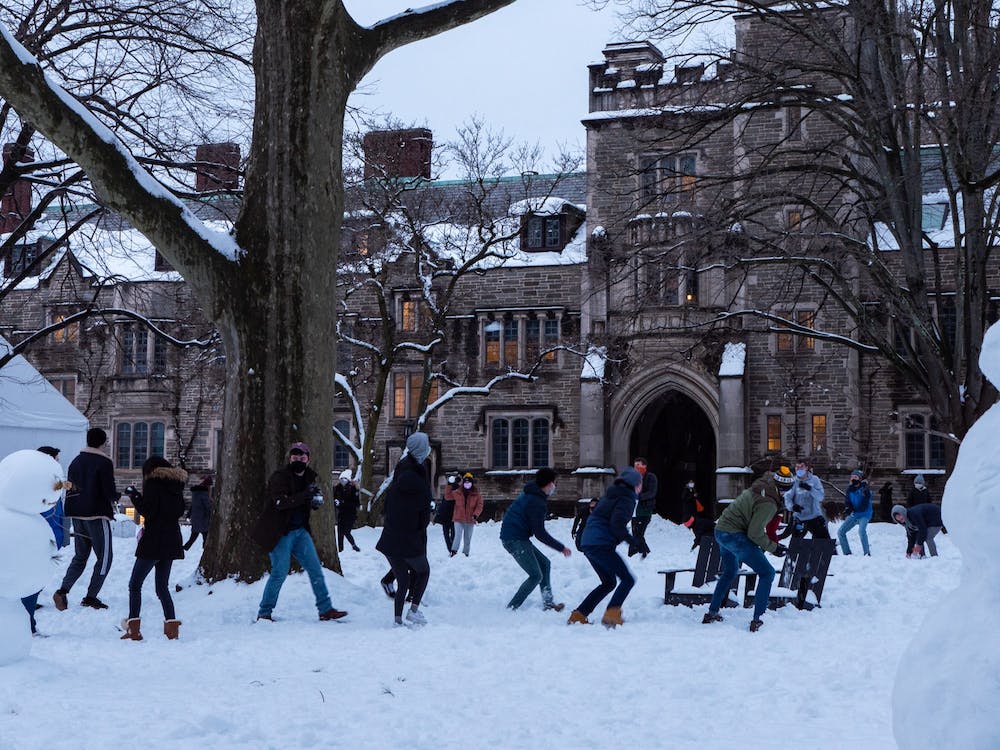 “By overpopulating our Google Calendars, even during a break, we imply that a fully booked schedule is more valuable than one that leaves space for relaxation.”

“By overpopulating our Google Calendars, even during a break, we imply that a fully booked schedule is more valuable than one that leaves space for relaxation.”

One year later, DEI efforts within Princeton athletics have stagnated 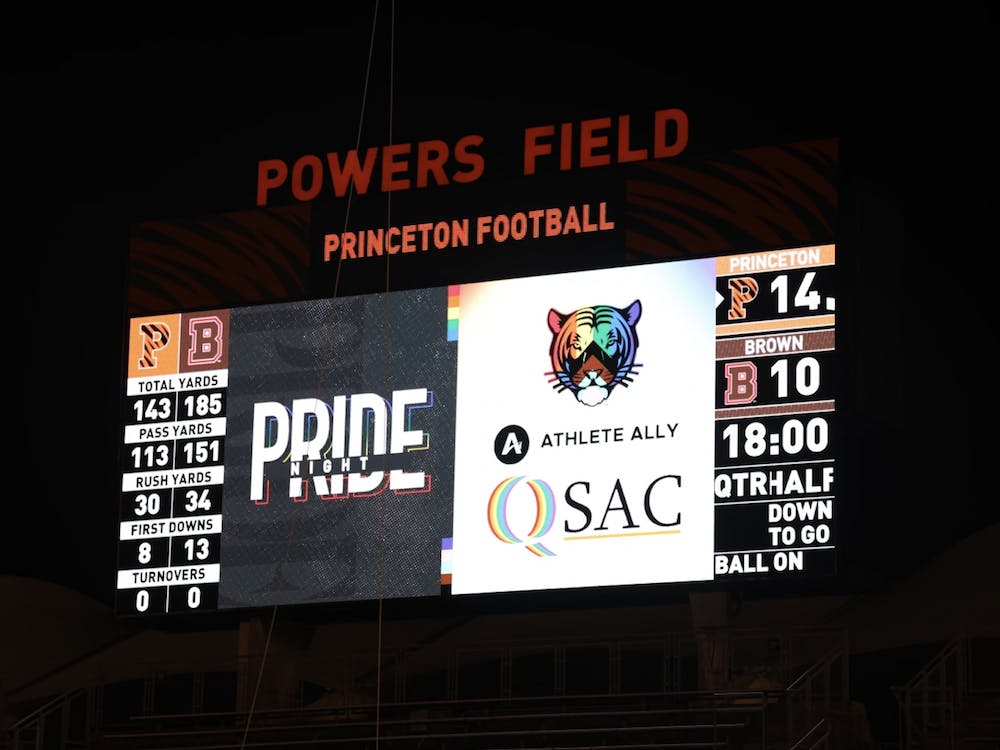 One year later, DEI efforts within Princeton athletics have stagnated

“One cannot expect issues of team culture, such as those I experienced on the wrestling team, to be rectified by students alone. They must also be made important by Princeton athletics as a whole and addressed by administrative leaders.”

“One cannot expect issues of team culture, such as those I experienced on the wrestling team, to be rectified by students alone. They must also be made important by Princeton athletics as a whole and addressed by administrative leaders.”