Shame on you, The New York Times

The years-long controversy surrounding Professor Joshua Katz made national headlines last week as both The New York Times and the Wall Street Journal reported that Katz was to be dismissed due to a University investigation finding he had misled investigators in a previous inquiry into allegations of sexual misconduct. Shockingly, however, these mainstream outlets give credence to Katz’s narrative of a conspiracy to fire him because of his 2020 criticism of a faculty letter, which argued for controversial anti-racist measures. According to this theory, University President Christopher Eisgruber ’83 surrendered his free speech bona fides and terminated the professor in the face of pressure from, among other groups, woke student mobs.

This framing completely misrepresents the truth of the matter. Princeton University students have neither the energy nor the organizational skill to meaningfully pressure the administration to fire anyone, let alone a prominent professor like Joshua Katz. The easy choice would have been to quietly welcome the professor back to campus. You can say what you want about Princeton’s decision to fire the classicist, but you cannot blame it on a nonexistent, cancel-hungry student body. The mainstream media could easily have discovered this truth if it had bothered to talk to undergraduates in the process of reporting their articles rather than practically copying and pasting an overwrought stereotype about college campuses.

Princeton is a profoundly apathetic place. A recent protest against the reported reversal of Roe v. Wade gathered just more than 100 students on a campus with more than 5000 undergrads. Signing a petition or open letter is about the extent of the activism that the vast majority of Princeton University students are willing to engage in. Let’s not forget that Katz’s controversial statement about a “small local terrorist organization” referred to a single student group — the Black Justice League in 2015 — that felt their cause deserved more than the typical shrug political issues get on campus, and their protest so offended the campus status quo that the question of whether their protest was appropriate fuels this ongoing controversy seven years later.

So when the Times wrote, breaking the story: “The case has deeply divided the campus,” that’s true if “the campus” means the small coterie of left-wing and right-wing professors who spoke with The New York Times. When they write “Many students were already furious about his Quillette article [in which Katz made disparaging remarks about a student group active in 2015],” that’s true if “furious” means some were angry but not really interested in doing anything about it. And when they call the entire affair a “Campus Uproar,” that’s true if “uproar” means intense interest from a tiny fraction of hyper engaged students and faculty and bemused apathy from everyone else.

The Times makes an even bigger mistake by centering its entire article around Katz’s remarks on anti-racism, adopting his framing that the allegations of sexual misconduct are political retaliation — both in its initial story and in its coverage of the official dismissal, which continues to devote core paragraphs to the unrelated controversy. In the initial article, the allegations of sexual misconduct don’t even appear until two paragraphs in. The Times writes “with attention focused on Dr. Katz, the student newspaper, The Daily Princetonian, began an investigation of sexual harassment accusations against him,” as if student newspapers have either the time or interest to dig deep in the past of a professor and conjure up sexual harassment allegations just because some students are mad at something a professor said.

The truth is, most current Princeton undergraduates weren’t even enrolled when Katz’s 2020 article was released. So, Katz’s alleged sexual misconduct is likely far better known on campus than his opinions on the Black Justice League and certainly better known than his forgotten critique of the George Floyd era faculty letter (very little of which was ever even implemented). And even on the issue of sexual misconduct, criticism of Katz has largely gone silent — the main student group focused on Title IX reform has disbanded. It would have been easy to just let the matter go.

The real (and far more interesting) story is of a University president whose sincere desire to protect free speech on campus was stymied by a professor who had a relationship with an undergraduate advisee. It’s the story of a completely ineffective campus activist movement whose members will soon bring that dysfunction to the high offices of the Democratic Party, and a university full of “future leaders” who don’t know or care what’s going on at their own school. And most importantly, it’s a story of the potential for a dangerous power dynamic on a college campus between professors and students. Instead of telling those stories, the Times and the Journal resort to the stereotype of the left-wing cancel culture mob.

This mistake could have been avoided if the media giants had bothered to show evidence of talking to a single student in the process of writing their articles. Journalists talk a big game of respecting local news, but then completely ignore the people who know the controversies best when it comes to campus drama.

I’ve always thought free speech on campus was worth protecting and under threat. But when I see The Washington Free Beacon and Bari Weiss, followed by the Journal Editorial Board and then the Times completely misrepresent a story on my own campus to lend fire to a free speech culture war, it rocks my faith in the reporting on free speech controversies at other schools. If you care about free speech, this faulty narrative must be rejected.

Want to cancel Rohit Narayanan, a sophomore electrical and computer engineer from McLean, Va. and the Community Opinion Editor at the ‘Prince’?  You can wound his fragile ego by screaming at him over email at rohitan@princeton.edu or tweeting insults to @Rohit_Narayanan. 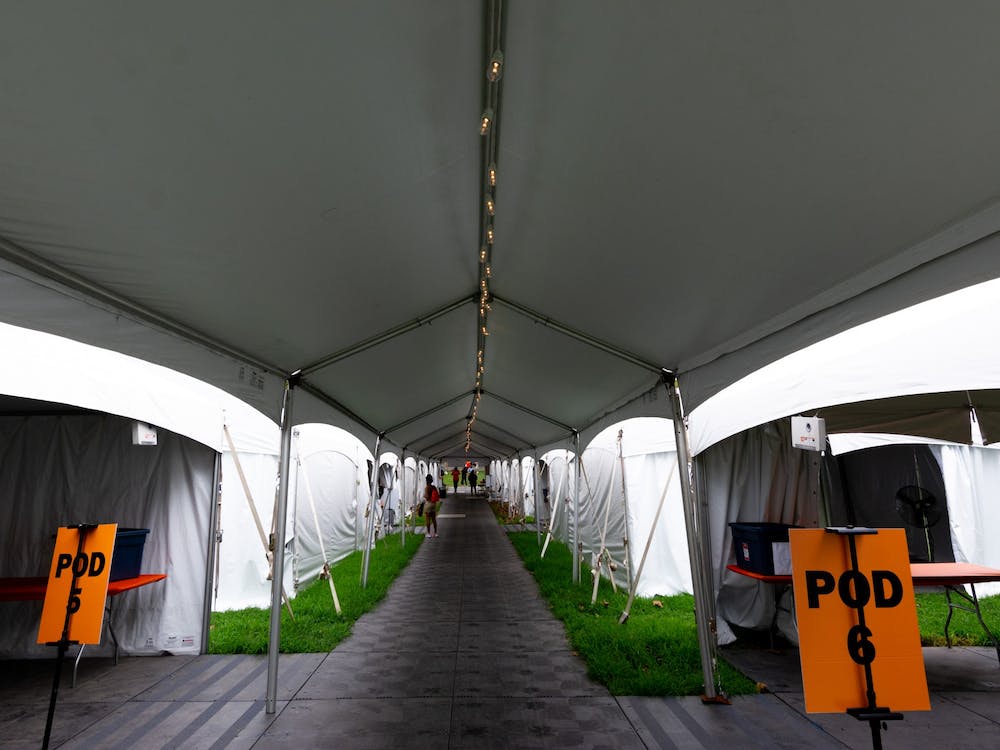