The Tigers’ season has come to a brutal end.

This was the Tigers’ second time making it to the second round of March Madness. If they managed to pull away, it would have made for Princeton’s first trip to the Sweet 16 in program history.

The Tigers’ tournament run instead came to an end on Monday night due to a poised Indiana team that managed to hold their own on the defensive end. The Hoosiers limited Princeton to significantly fewer points than their season scoring average of 68 points per game.

Indiana finished the regular season ranked No. 11 in the AP poll, meaning that this would be Princeton’s toughest matchup to date in the postseason. All five starters for Indiana earned All-Big Ten honors this year, making for the most single-season honors in program history.

Even with the cards stacked against them, Princeton was not fazed at the beginning of the game. The Tigers came into the game aggressive from the start — junior guard Grace Stone scored the first bucket of the game with a three-pointer from the top of the key.

It quickly became a back-and-forth game, with neither team able to pull away by much. Then, just four minutes into the game, senior guard Abby Meyers got called for her second foul. Since five personal fouls disqualifies a player from the game, Head Coach Carla Berube subbed Meyers out. She would not see the floor again until the second quarter.

Even without the Ivy League Player of the Year on the floor, the Tigers managed to keep up with the Hoosiers. The first quarter ended 17–17, with Princeton shooting a 100 percent from three. Unfortunately, foul trouble would plague Princeton once more, with sophomore guard Kaitlyn Chen picking up her second foul to end the first quarter.

The second quarter began with both of Princeton’s premier ball handlers, Meyers and Chen, watching from the sideline. Picking up the slack were the other starters, namely junior guards Julia Cunningham and Grace Stone. They led the team in scoring at the end of the half, with nine and eight points, respectively.

Their offensive production was not enough to stop Indiana’s ensuing run. With some of Princeton’s best players on the bench, the Hoosiers came out gunning to open the quarter. Guard Ali Patberg hit an and-one three and converted the four-point play to push the lead to 21–17. This momentum carried through the rest of the half, leaving Princeton trailing behind 39–29. Leading the way for the Hoosiers was guard Nicole Cardaño-Hillary with 10 points, with guards Chloe Moore-McNeil and Grace Berger each adding nine points.

“We gave up 39 points in the first half, and that’s not really who we are,” Princeton Head Coach Carla Berube said following the loss. “The foul trouble really hurt us.”

Coming out of the locker room, it seemed as though there would be more of the same for Indiana. Back-to-back jumpers from Berger extended the lead to 43–29 with six minutes to go in the third quarter. But this 14-point lead would be the largest of the game for the Hoosiers, who faced a resilient Princeton squad already accustomed to facing adversity. The Tigers managed to stop the bleeding with a revamped defensive effort.

“We knew we were down 10 at half, and I think we kind of went back to our principles defensively,” Cunningham told the media after the game. “We got a lot of stops, got a lot of hands on the ball there, and we were able to push, and that always leads us to our best offense.”

It still was not a pretty offensive quarter; the team only shot 32 percent from the field and 20 percent from three, significant drop-offs from their season averages. Regardless, it was enough to shrink the Indiana lead to three by the end of the period, 45–42. Princeton managed to keep their opponents to just six points in the quarter.

To start the fourth quarter, the Hoosiers looked as if they were ready to pull away for good. They continued to feed the ball inside to forward Mackenzie Holmes, who put her arsenal of post moves on full display for the audience. With one drop step followed by another, Holmes hit two baskets in a row to give Indiana a 42–49 lead, just two minutes into the fourth quarter.

“It was certainly tough to defend them in the post down the stretch, just getting around Holmes and [Aleksa] Gulbe,” Coach Berube said. “They’re big and strong.”

The Tigers refused to go away. They went on a 8–0 run over the next two minutes, culminating with a smooth drop-off pass inside from Chen to sophomore forward Ellie Mitchell, whose layup off the glass gave Princeton their first lead since the first quarter, 50–49, with just under five minutes remaining.

After Cardaño-Hillary quickly responded with a baseline reverse layup to re-establish the Hoosier lead, the scoring came to a complete standstill. Finally, with just 1:12 remaining in the final frame, Abby Meyers managed to get to the free-throw line and knock down two clutch shots. Princeton led 52–51.

Just the next possession, Holmes drew a foul for Indiana, and Grace Berger stepped up to the line for a pair of free throws. She knocked down just one of two, leaving the score tied 52–52 with 58 seconds to go.

Coming out of a timeout, the Tigers looked to get Meyers going on the perimeter. Mitchell set her point guard a screen going towards the left baseline. Indiana switched Holmes onto Meyers, and with one look at the new defender, Meyers pulled the trigger from deep. The shot missed off the front of the rim.

Coming the other way, the Hoosiers ran a very similar offensive set. Trying to give their guard space to create, Grace Berger used a screen at the top of the key to get some space on the right side of the court. Cunningham switched the screen on defense with Chen, who now had the task of guarding the Hoosiers’ leading scorer.

Berger wasted no time. She stepped right, spun left, and finessed her way into the paint for a layup over sophomore forward Ellie Mitchell that gave Indiana a 52–54 lead with just 28 seconds remaining.

In what could have been the final offensive possession for the Tigers this season, Princeton put the ball in sophomore guard Kaitlyn Chen’s hands. She drove hard right off of a screen from Mitchell, turning the corner with a purpose. Mitchell then ran away from the ball to Meyers in the opposite corner, who burst towards the top of the key spotting up for three.

When Meyers got there, however, the play had been foiled by Indiana’s defense. Chen got caught in the air under the basket, looking to make a skip pass back out to Meyers. The ball never made it. Instead, it was picked off by Ali Patberg, who was promptly fouled. After two more fouls got the Hoosiers into the bonus, forward Aleksa Gulbe stepped up to the line and calmly downed both free throws, pushing the Indiana lead to 56–52 with just 1.6 seconds left.

Coach Berube still had one timeout to burn. Only the players know what was said in that final huddle. The final play of their season — the final play of the seniors’ careers at Princeton — saw Cunningham inbound to Meyers for one last three-pointer at the buzzer, which she drained. It didn’t matter towards the outcome, though, and the game ended Indiana 56, Princeton 55.

The look on their faces watching that final shot go in says what words cannot quite articulate about the raw emotions they felt as the realization that their season was over began to settle in.

“This is never easy to see your season end,” Coach Berube said. “We had a great year, and I'm extremely proud of my team, my staff, the university, the Ivy League. We just came up a little short against a really strong team, a great Indiana team. But we fought until the end, and I can't ask for anything more from my players.”

For Princeton, Cunningham and Stone each added 13 points. Meyers had 11 points, and Chen had 10 points and five rebounds. As she’s done all season long, Mitchell was a beast on the boards, putting up six points and 15 rebounds for her team. The next leading rebounder in the game was Indiana’s Mackenzie Holmes with eight.

“Ellie is unbelievably relentless,” Berube said. “Nothing stops her. She has a knack of reading the rebounds, and she has this drive of going for every board, every loose ball, diving out of bounds to save a ball; she’s everywhere. She’s the heart of our defense. She was Ivy League Defensive Player of the Year for a reason.”

This makes for Princeton’s fifth loss all season. They walk away with a 25–5 record, as well as a perfect 14–0 record in the Ivy League. Even with the loss in the big tournament, the team reflected on what their success has meant in the grander scheme.

“We put Princeton on the map,” Cunningham said. “We beat the SEC champs, and then had a one-point game with the Big Ten runner-up. For the Ivy League, it’s huge. For Princeton, it’s huge.”

“We showed the national stage that we can compete with anyone,” Berube added.

While this season has officially come to an end for the Tigers, the team loses only two seniors from their current roster: Meyers and guard Neenah Young. These two won 97 games across their four seasons together, and finished with a 54–4 Ivy League record.

Next season, the Tigers can expect to see most of their players return. Key returners will include Cunningham, Chen, and Mitchell. Regardless, filling the hole that Meyers will leave behind will prove difficult no matter what kind of talent fills her void. She finishes her career at Princeton with 936 points, just shy of the 1,000 mark.

Until next winter, the Tigers can take a well-earned rest. According to Coach Berube, however, it does not seem like the team is eager to take time off.

“They’re going to be really hungry to get back to games like this.”

Matt Drapkin is a staff writer for the ‘Prince’ sports section. He can be reached at mattdrapkin@princeton.edu or on Twitter at @mattdrapkin. 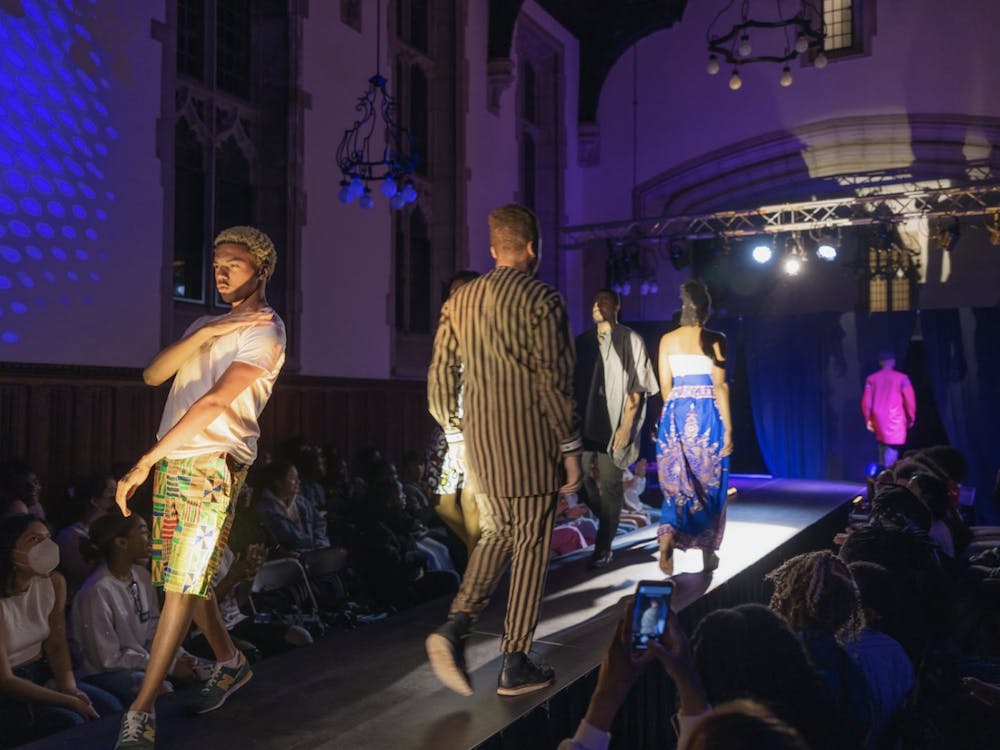