For all the queer tigers, but especially for myself

I was recently at a small party when I found myself rushing to the bathroom, sensing that the tear in the corner of my eye was ready to burst. I shut and locked the door as fast as I could, and after a single deep breath I felt myself cry in a way I hadn’t in a long time. But then, I took another deep breath, wiped everything away with a few squares of toilet paper, and returned to my friends to say, “I’m all good” when asked how my night was going.

One might think I’d just gotten the news of a loved one dying or that something else equally terrible had happened. But, in fact, all it took to release that outburst of longstanding pain was seeing a friend of mine happily standing next to his visiting boyfriend after drinking maybe a bit too much beer.

Just a couple weeks earlier, I was walking across campus when the chorus of Conan Gray’s “People Watching” caught my attention more than it usually would: “But I wanna feel all that love and emotion / Be that attached to the person I’m holding … But for now, I’m only people watching.”

I think the reason these lyrics pierced my attention so much is because of the amount of couples I’ve noticed during my campus walks: couples walking hand-in-hand, couples sitting together, couples taking photos for their engagement or their wedding. And none of these couples I’ve noticed have been two men.

For most students on most days, a couple taking photos might be nothing more than a slight inconvenience — if that at all. For me, these past couple weeks, they’ve been reminders that I’ve spent my entire life “people watching.” For too many years, I did so from the contradictory, simultaneous comfort and anguish of “the closet.” For the past four years, I’ve done so while struggling — at times deeply so — to even just imagine a future in which I could be one half of one of those campus couples.

Four years ago, there was no chance of me finding a boy, asking him out, dating, celebrating anniversaries, and so on: I couldn’t even manage to say the words “I’m gay.” Those few small words — no more than five letters and an apostrophe — created such a knot in my stomach and a tightness in my throat that the first couple people I came out to received hand-written letters or texts. First, a letter to a close friend. Next, one to a high school mentor. Then, I tried calling a cousin, and unable to push those words out of me, I paused our conversation to text her instead.

Eventually, I needed, for my own sanity, to come out to my mom: another letter. The anticipation and anxiety of saying those words to her were so strong I not only wrote her a letter, but I left it on the kitchen counter for her to find while I was away and totally isolated at a days-long Kairos retreat that’s typical at Jesuit Catholic high schools like mine.

In the few years since I left that letter on the kitchen counter, a part of me expected this all to become easy — that who I am would become easy to share instead of easy to hide. But still, I can’t count the number of times I’ve stepped back from saying “I’m gay,” one way or another.

In turn, there’s a certain loneliness that grows out of all these experiences. At first, it’s a loneliness of feeling like you’re all on your own with no one to turn to because that’s something you twist yourself into deeply believing while first coming to terms with being gay.

Later, without much notice, it seems to morph into a loneliness borne of familiarity. So many years spent feeling alone is desensitizing. It gets you acclimated to turning inwards over and over again, even when you know you’re surrounded by family and friends who would move mountains just to help you with absolutely anything.

It’s this loneliness that came rushing out of me that night in the bathroom. In some weird way, the very visible reminder that it won’t always be a lonely experience was too aggravating to bear after all the loneliness I had been feeling. At the same time, I think there might’ve been some sadness — or, simply, frustration — mixed in as well.

It’s a sadness and a frustration borne out of just how difficult it can feel, on the very worst days, to figure out how to lead a life you didn’t view as normal or expected or possible when first growing up and learning about the world. There’s the sadness and frustration built up over years of seeing everyone around you flirt and date and get together and have years-long relationships, while for you, it’s still not easy to even say or assert who you are all the time.

However, for all the loneliness, sadness, or frustration, I would like to believe that there was some sense of relief in my tears that night — of hope, even. In fact, I refuse to believe otherwise. If anything, I refuse because, despite all these negative emotions and experiences I’ve accumulated over the years, I have indeed seen myself grow, if only a few baby steps at a time.

As I walked home from that party later that night, I remember stopping to look up at the starry night sky. Those stars, and everything else that night, reminded me of a similar night my freshman year. After a couple months of befriending a boy and then spending more and more time with him, I had somehow pulled myself together to ask him out.

The stars were exceptionally bright that night. We stayed friends.

At first, this hurt. A lot. Over time, however, I grew to look at this entire experience with joy and hope. At first glance, it may sound like a story of rejection — and it is. But now, I also see it as a sign of me being able to imagine myself as half of one of those campus couples I’ve been noticing. In fact, he was the first boy I ever had the chance to ask out, and it felt like the world was opening up for me. It still feels that way.

I’m not sure how I’ll grow to see this recent night and my crying in that bathroom. Currently, it’s still a mixed bag as I continue to grapple with everything. I do, however, know that I’ll try to hang on tightly to the relief and hope while letting go of everything else. It’s what has gotten me through everything before.

Maybe, going forward, all this will also help me feel the knot in my stomach and the tightness in my throat finally disappear when I go to say the words, “I’m gay.”

José Pablo Fernández García is a junior from Ohio and Associate Prospect Editor at the ‘Prince.’ He can be reached at jpgarcia@princeton.edu. 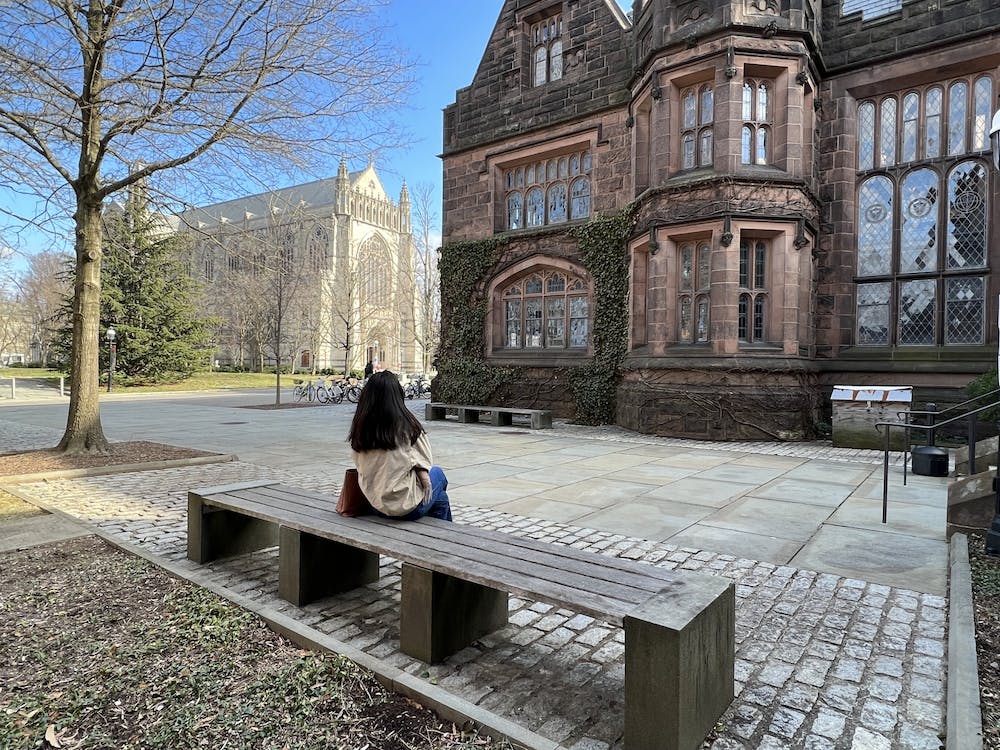 “That’s why my site of enjoyment, not quite here or there, makes the contradiction in just existing so recognizable. It’s jarring and comforting at the same time. Everything that seems unnatural and out of place is a testimony to the usual comfort of nature; every imperfection signals the great potential of what could be.”

“That’s why my site of enjoyment, not quite here or there, makes the contradiction in just existing so recognizable. It’s jarring and comforting at the same time. Everything that seems unnatural and out of place is a testimony to the usual comfort of nature; every imperfection signals the great potential of what could be.”

An ode to the return trip 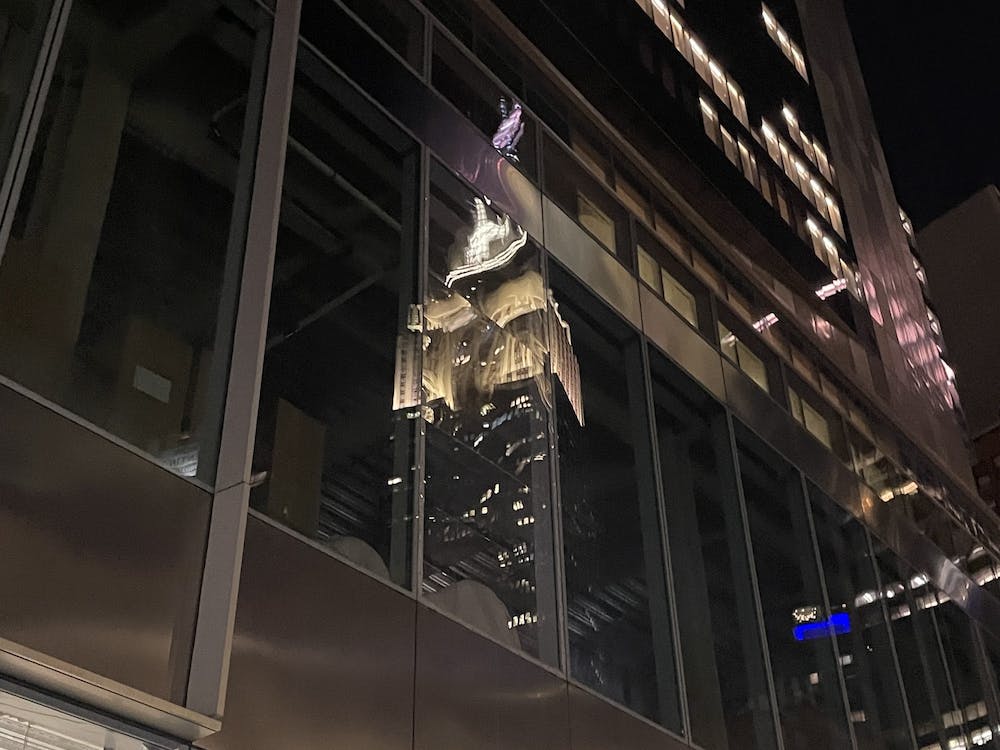 An ode to the return trip

“I will forever be grateful to this charming, underfunded public transportation system for creating a liminal space in which I could simply exist, explore, imagine, and dream. In those rocking, ugly train carriages, I existed in the in-between.”

“I will forever be grateful to this charming, underfunded public transportation system for creating a liminal space in which I could simply exist, explore, imagine, and dream. In those rocking, ugly train carriages, I existed in the in-between.”

Waiting for a warmer Paris 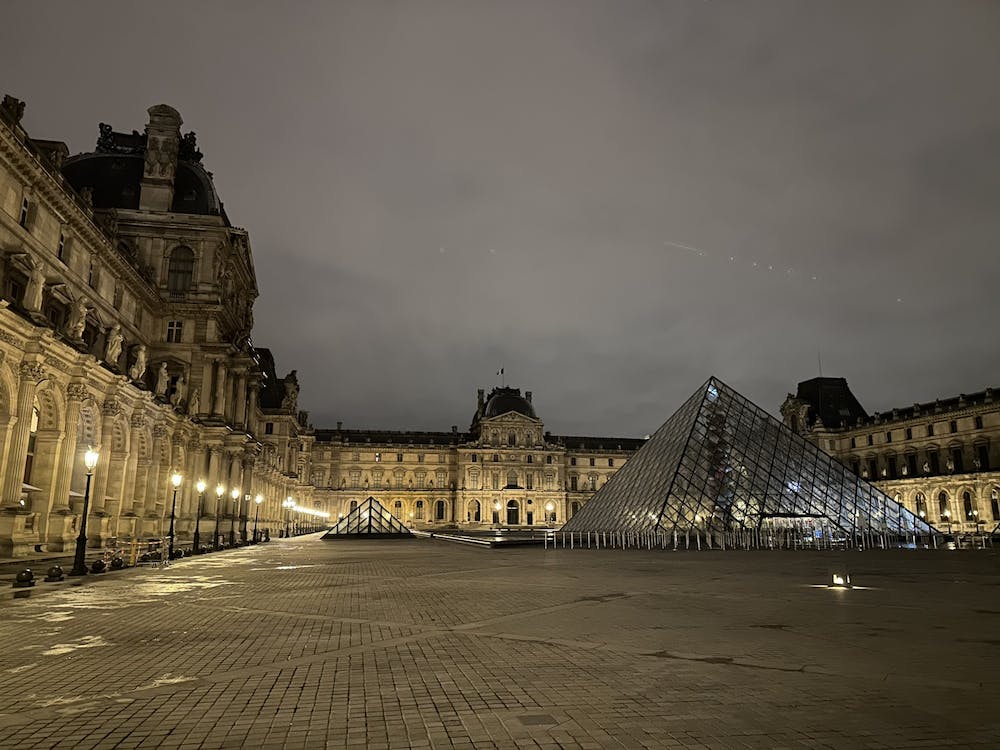 Waiting for a warmer Paris

“I wasn’t unhappy. I wasn’t as happy as I knew I could be. I was cold. Simply cold, but with no desire to add another layer.”

“I wasn’t unhappy. I wasn’t as happy as I knew I could be. I was cold. Simply cold, but with no desire to add another layer.”