The Daily Princetonian caught up with women’s pole vaulter SJ Cohen, a first-year hailing from Pennsylvania who cleared 12’ 9.5” during her 2020 indoor season, to discuss pole vault, cooking, magic tricks, and everything in between.

DP: What led you to pole vaulting?

SJ: It’s interesting because I started out as a distance runner in middle school, which is an area of track and field that does not complement the pole vault. The pole vault was always an event I wanted to try, but it was hard to find the facilities and resources to pick it up in New York City. I was finally able to sophomore year, which is pretty late to the game, but I had a high aptitude for the event and I was able to progress rapidly. Once I cleared my first bungee, I was determined to get faster and stronger so I could go higher.

DP: So what changed in sophomore year that made it easier?

SJ: Yes so sophomore year, my track team and I were commuting across several boroughs to train at a top-notch indoor facility. I was lucky that there were a bunch of coaches there to support inquiring athletes.

DP: What was your first time pole vaulting like?

SJ: I won’t ever forget the very first time I planted the pole and tried vaulting because I didn’t have enough grip strength to hold on. I just kept sliding off and didn’t even make it 5 feet in the air. Even though I wasn’t able to get upside down or use my leg to swing properly, the event was so foreign to me that I just had to keep at it. The thought of getting higher and higher got me hooked.

DP: What’s been the most challenging part of pole vaulting to grasp?

SJ: Most pole vaulters struggle with the inversion since it’s scary knowing you’re upside down over a large metal box and that you’re placing your faith in a pole that could potentially snap. It’s also the part of the vault that requires so much tenacity. A solid inversion can make the difference between clearing a 13-foot bar and a 15-foot bar.

DP: For those who don’t know, what do you mean by inversion?

SJ: The inversion takes place when the pole is compressed and is about to recoil. It’s important to attack the pole with strong legs and a powerful swinging trail leg to get yourself upside down. You know you’ve effectively inverted if you no longer feel the pole under you, which is a frightening feeling. I know it’s held me back.

DP: What do you think your biggest strength in pole vaulting is?

SJ: I’ve always had impressive upper body strength. I remember propping my feet up on the couch and doing push ups for fun when I was 10 years old. So my strength in relation to my body size has definitely allowed me to excel in this crazy event. I definitely have my strengths and weaknesses so it’s important to keep my strength and speed on the runway to make up for my lack of body-in-space awareness, something that gives my competitors an advantage over me.

DP: Are you ever afraid that your pole is going to snap while you’re going up?

SJ: Honestly, that thought of my pole snapping never crosses my mind. When I stand on the runway whether in training or competition, I like to focus on the things I can control rather than the variable I can’t. I generally think about running tall, having a strong drive knee at take off, and being fearless so I can invert fully.

DP: What’s been your favorite part of pole vaulting?

SJ: I’m a really competitive person so I obviously get a lot of joy from competing in track meets. I also love that, even though pole vault is an individual sport, the connection between your coach and teammates is so strong that it feels like a team sport. The friendships I’ve made are ones that will stick with me for life.

DP: Do you have a favorite memory associated with pole vaulting?

SJ: My favorite memory is competing at the Millrose Games in New York City, a world-class track competition that happens annually. I remember competing at this meet my senior year. I was filled with so much adrenaline, which made it easily one of my favorite memories. I got to interact with professional athletes and go up against the nation’s top high school athletes.

DP: What was the recruiting process like for you and why did you end up choosing Princeton?

SJ: The recruiting process for me began the summer before my senior year. I definitely had four or five schools in mind and Princeton was one of them. I took an official visit to Princeton and was immediately impressed by the work ethic and mindsets of the track athletes. I knew I wanted to be a part of this community and surround myself with like-minded people. The faith and interest between the coaches and I were definitely mutual, so that’s how I knew Princeton was the perfect fit.

DP: Switching gears to the present, where have you been spending this semester?

SJ: For this academic school year, I’ve been renting a house one mile from campus with three other first-years. Two are friends from New York City, and the one is a member of the men’s track and field team. The living situation has forced me to become independent, which I’m loving. Also having another varsity track athlete in the house is nice because I get to meet members of his event group.

DP: Are most of your teammates living in Princeton then?

SJ: Our vault squad this year consists of nine people or so. Four of us are living near campus and we train together at the track most days. I live blocks away from two of the other vaulters, which we did not plan. It’s been wonderful living so close because we can bike to the track which is open to the public six days a week.

DP: How has the COVID-19 pandemic affected your ability to train?

SJ: Coronavirus has definitely affected our training. We haven’t been able to leave the ground at all because the mats are tucked away. In pole vault there is just so much shared equipment involved like chalk, tape, bungees, and measuring tapes. All of this stinks because the time before the winter season is usually spent fixing technical issues with our vault. The virus has also left our team dispersed across the world, which affects the team unity. And normally, we would move indoors to Jadwin to vault and train with the changing weather, but coronavirus obviously is not allowing us to do so.

DP: So when was the last time you actually pole vaulted?

SJ: The last time I vaulted was at the PA state meet my senior year back in March, so it’s been close to nine months.

DP: From an academic standpoint, what have you enjoyed the most about Princeton so far?

SJ: Getting to choose from a wide range of courses is something I’ve enjoyed. I also like having a schedule that varies day to day. This is something I didn’t get to experience in high school. I must add that the best part about Princeton is being surrounded by other self-driven and determined students.

DP: What’s been your favorite class this semester?

SJ: It’s hard to choose, since I’m enjoying all my courses this semester. I’d say calculus is my favorite because it demands a lot of my time and forces me to work my hardest.

DP: Do you have any idea what you’re going to major in?

SJ: This semester I’m taking EEB211 which I find really interesting. I would love to explore this area of study [ecology and evolutionary biology] further.

DP: What’s been the hardest part of living away from home for you?

SJ: Preparing meals for myself has been the hardest part, especially as a student balancing athletics. Cooking requires extensive preparation. Not to mention athletes feel pretty physically depleted after hard training sessions. Diversifying my menu has been a challenge since I have no prior experience in the kitchen.

Transportation here in Princeton has also been an adjustment because I’m from New York City, which has a huge public transportation system. I don’t have a car in New Jersey so that makes shopping for groceries and getting off campus difficult.

DP: What’s your favorite meal you’ve learned how to cook?

SJ: I mastered the grilled chicken and rice meal, and it has since been a staple in my meal plan.

DP: Do you have a favorite food to snack on?

SJ: If I’m hungry while studying, I’ll grab a protein bar without a question.

DP: Do you have any special talents people don’t know about?

SJ: Yes, I was introduced to magic when I was in middle school, and it evolved from watching tricks on YouTube to actually performing them for my friends. Impromptu tricks are my favorite because these are the most spontaneous and require the most creativity. I love producing coins out of thin air and making objects disappear. 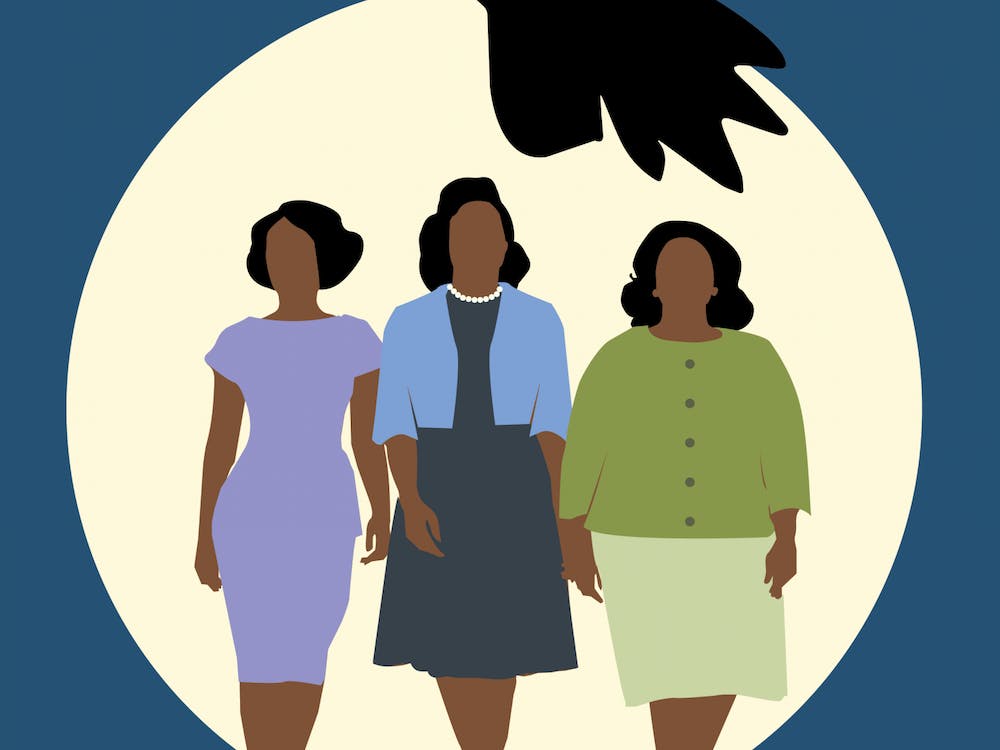 For any moviegoer looking for an interesting history lesson or simply an entertaining film, “Hidden Figures” is for you. Based on Margot Lee Shetterly’s book of the same name, “Hidden Figures” tells the true-life stories of Katherine Johnson, Mary Jackson, and Dorothy Vaughn, a trio of Black female NASA scientists who played essential roles in the U.S. space program during the early 1960s.

For any moviegoer looking for an interesting history lesson or simply an entertaining film, “Hidden Figures” is for you. Based on Margot Lee Shetterly’s book of the same name, “Hidden Figures” tells the true-life stories of Katherine Johnson, Mary Jackson, and Dorothy Vaughn, a trio of Black female NASA scientists who played essential roles in the U.S. space program during the early 1960s.