Associate professor of chemistry and biological chemist Mohammad ‘Mo’ Seyedsayamdost was granted a 2020 MacArthur fellowship — informally known as the “Genius grant” — on Oct. 6 for his contributions to understanding the synthesis of new molecules with therapeutic properties and accelerating the discovery of novel antibiotics.

Alongside the title, Seyedsayamdost will receive an unrestricted grant of $625,000 over five years to further his research, on behalf of the John D. and Catherine T. MacArthur Foundation.

Recipients are anonymously nominated by leaders in their respective fields and undergo anonymous selection through a committee. Fellows learn of their selection by receiving a call from the Foundation, prior to public announcement.

In an email to The Daily Princetonian, Seyedsayamdost described being selected for the honor as “initially, surreal.”

“As it sinks in, it's a real honor and privilege, and I am grateful to the MacArthur Foundation for the selection,” he wrote in his email.

In their official announcement, the MacArthur Foundation noted the relevance of Mohammad Seyedsayamdost’s work, particularly in relation to disease.

“As new infectious diseases emerge and pathogenic bacteria develop resistance to our current arsenal of antibiotic treatments, Seyedsayamdost’s research is expanding the toolbox available to synthetic organic chemists and opening up access to a new trove of previously unknown and potentially therapeutic biochemical compounds,” the Foundation wrote on its website.

His investigations are focused on understanding the small molecules that partake in the regulation and response mechanisms of bacteria. Notably, Seyedsayamdost utilized small molecules available for purchase to develop the HiTES (High-Throughput Elicitor Screening) method.

“I was really interested in decoding the chemical language that bacteria use to interact with their own kind, with other bacteria, and with their competitors and enemies,” he wrote, describing what initially sparked his interests in bacterial response mechanisms.

HiTES promotes the activation of normally inactive (also known as “silenced”) metabolic pathways, which in turn promotes the formation of the natural products associated with these pathways. Seyedsayamdost is then able to use established methods of chemical analysis to determine the structure and function of these novel molecules.

“Our goal is to understand how bacteria interact with one another using a chemical language consisting of small molecules. Incidentally, these molecules have been an important source of therapeutics, such as antibiotics,” Seyedsayamdost wrote in his email. “Now, this source was thought to have run dry. But recently, we have learned that bacteria only synthesize a small fraction of these drug-like molecules when we grow them in the lab.”

According to Seyedsayamdost, the HiTES method “forces bacteria to synthesize all the molecules that they can. In doing so, HiTES allows us to access drug-like molecules that were previously difficult or impossible to access.”

Seyedsayamdost’s contributions to biological chemistry are not limited to HiTES. His investigations have additionally looked into the structural formation of vancomycin, an antibiotic that is used as a last resort to persisting infections.

His additional studies established approaches to accelerate the process of discovering antibiotics that can be used as an alternative to vancomycin, which are effective against infections that have developed resistance against vancomycin.

At the University, Seyedsayamdost’s colleagues agree that his work is revolutionary for the field of biological chemistry.

In an email to the ‘Prince,’ Gregory Scholes, William S. Tod Professor of Chemistry and chemistry department chair, wrote, “As one of the basic sciences, chemistry is often viewed as a well-established field that may even be a bit passé.”

“The award of a MacArthur fellowship to Mo recognizes that there are indeed exciting opportunities for creative science in our field,” he continued.

Seyedsayamdost’s lab hopes that future work will contribute to further understanding of bacterial response mechanisms and small molecules in a way that applies to medicine.

“We would like to continue to use HiTES to identify new therapeutic leads in the hopes that these will have translational value as medicines in the future,” he wrote.

Seyedsayamdost was born in Iran and raised in Germany and Australia. He received his joint B.S./M.S. degree in Biochemistry from Brandeis University in 2001. He went on to earn a Ph.D from the Massachusetts Institute of Technology in 2008. Prior to joining University faculty in 2013, Seyedsayamdost was a postdoctoral fellow at Harvard Medical School.

Seyedsayamdost additionally holds appointments in the Department of Molecular Biology, the Princeton Environmental Institute (PEI), and the School of Public and International Affairs (SPIA). His investigations have been published in renowned scientific journals, including Nature Chemistry, Nature Chemical Biology, and Journal of the American Chemical Society.

Two years later, back on stage with Triangle 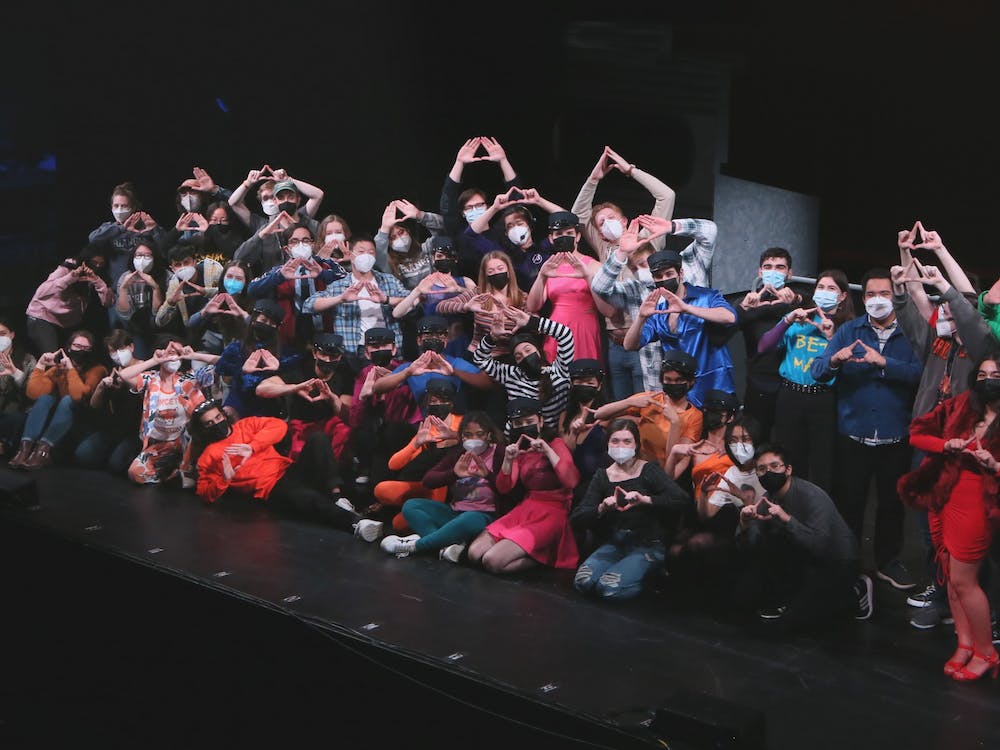 Two years later, back on stage with Triangle

After two years away from the stage, the Princeton Triangle Club is premiering its show at the McCarter Theatre. Head Prospect Editor José Pablo Fernández García reflects on the privilege of finally being back in the theater.

After two years away from the stage, the Princeton Triangle Club is premiering its show at the McCarter Theatre. Head Prospect Editor José Pablo Fernández García reflects on the privilege of finally being back in the theater.