To act or not to act: There’s no apolitical when it comes to climate change

Last week, I read “Malignant” by S. Lochlann Jain, an ethnography about the politicization and sexualization of breast cancer for my anthropology departmental course. Jain had been battling breast cancer and was given the choice to have a single mastectomy for the cancerous breast, or to remove both for appearance’s sake. While personal considerations like comfort and aesthetics were important in her decision, either choice would also make a political statement about femininity and cancer. For Jain, there was no apolitical escape route.

While I have not personally experienced the difficulties of cancer, Jain’s story resonated with me, a student activist who often feels frustrated by the inaction of others. I have been told countless times, “it’s good that the world has people like [me] to solve the climate change problem.” Climate change is a systemic, deeply rooted problem that disproportionately impacts Indigenous and Black communities. It is not going to be solved by well-intentioned environmental trivia study breaks and nature documentary screenings.

Of course, there is value in grassroots education and advocacy efforts, but as we’ve seen this summer with the protests against systemic racism, systemic issues require collective action.

As forest fires have scorched more than three million acres in California, Washington, and Oregon over the past month, we must act now. Failure to act means ignoring the existential threat that already takes 150,000 lives annually, especially in traditionally marginalized communities.

Many Indigenous cultures are deeply connected with the land, and climate impacts threaten major sources of subsistence, cultural resources, and traditional lands. In Newtok, Alaska, melting ice and permafrost has led to the sinking of an Alaska Native village and the relocation of people who traditionally lived on those lands. Over 100,000 Indigenous reindeer herders in Canada, Finland, Russia, Alaska, and elsewhere have faced dramatic shifts in herding practices as a result of thinning ice and unpredictable weather. Such sudden impacts of climate change greatly affect Indigenous cultural, spiritual, and economic ways of life.

Hurricanes are also destroying and displacing disadvantaged communities. Hurricane Laura alone inflicted more than $15 billion in insured losses in poor, largely Black communities that were already in economic strife as a result of the pandemic. Thousands have been left homeless as a result of these devastating storms. This year’s hurricane season has already been so bad that we are running out of names, with a predicted 190 percent of typical annual hurricane activity.

Again, historically marginalized populations, who are not those responsible for climate change in the first place, experience the impacts of climate change disproportionately.

Having the privilege of a life relatively unaffected by climate change so far is not an excuse for inaction. Inaction is a form of denial. We cannot continue to stand by while our most vulnerable bear the brunt of extreme weather events, wildfires, and other impacts of climate change. When on campus in central New Jersey, we can easily distance ourselves from the threats of sea level rise, melting ice caps, forest fires and hurricanes. We aren’t living in the smog-filled cities on the West Coast or the sinking villages in Alaska.

But even the Princeton community is not untouched by climate change. Princetonians come from all over the world and from all different walks of life. I have heard stories from classmates about wildfires and floods and hurricanes destroying their cities, their homes, and their lives as they knew them. The Princeton Environmental Activism Coalition’s Faces of Climate Change campaign shares some of these experiences with climate change from the Princeton University community. I look at the faces of those who have experienced such devastating impacts of climate change and see friends and colleagues and teammates of mine. Climate change is happening whether we like it or not, and it’s coming for the people we love.

Choosing not to take action is, in essence, choosing to feed the fire that is climate change. If we continue to accept this system of overconsumption and exploitation of natural resources, we are sacrificing the health and safety of our most vulnerable in order to accumulate wealth. By not acting, we are placing temporary profit over human lives, though I suppose that’s what the United States has done throughout the coronavirus pandemic — how fitting.

Failure to mobilize in the face of this existential threat is not an apolitical stance, it is submitting to climate change and the disparities it brings. As with Jain’s breast cancer, there is no choice that is free of political implications.

Do your part to protect our most vulnerable, and by that, I do not mean just recycling more (which is mainly an attempt to alleviate consumer guilt about unsustainable consumption by big oil companies, by the way). Individual behaviors matter, but just one hundred companies are responsible for almost three-quarters of global emissions, so corporations have a much larger role to play.

Take steps towards systemic change. Work to reduce the power of the big fossil fuel companies which have knowingly built up the fossil fuel industry at the expense of the climate for decades. One way is to vote for elected officials who believe in climate change and science and take it seriously. Consider lobbying for sustainable bills and policies by contacting your elected officials. Educate yourself and your loved ones about climate issues. Do what you can, when you can.

Princeton University must be held accountable as well. Research at its Andlinger Center for Energy and the Environment is funded by Exxon Mobil and BP, and the University's $26 billion endowment remains invested in fossil fuels. Consider pledging not to donate until the University divests from fossil fuels, or endorsing Divest Princeton’s campaign as an individual or student organization.

Groups such as the Mental Health Initiative, Princeton Against Gun Violence, the women’s club basketball team, and author Bill McKibben have joined countless others in the fight against climate change by endorsing Divest Princeton’s campaign demanding that the University divest from fossil fuels. Notice that none of those student groups are specifically green groups, yet they all have chosen to take a stand against fossil fuels, because “no stance” on climate change is still a stance.

It doesn’t matter who you are or where you’re from. This is about coalition-building and supporting student activists on the issues that matter, whether it be climate change and divestment, advocating for racial justice, or for Title IX reforms.

To fail to act is to fail our most vulnerable. Please, I ask you to consider what message you hope to send and to take action, because no stance is most certainly a political stance. There is no waiting it out when it comes to climate change.

Hannah Reynolds is a junior in the anthropology department. She can be reached at hannahr@princeton.edu.

You are not entitled to ‘civility’ 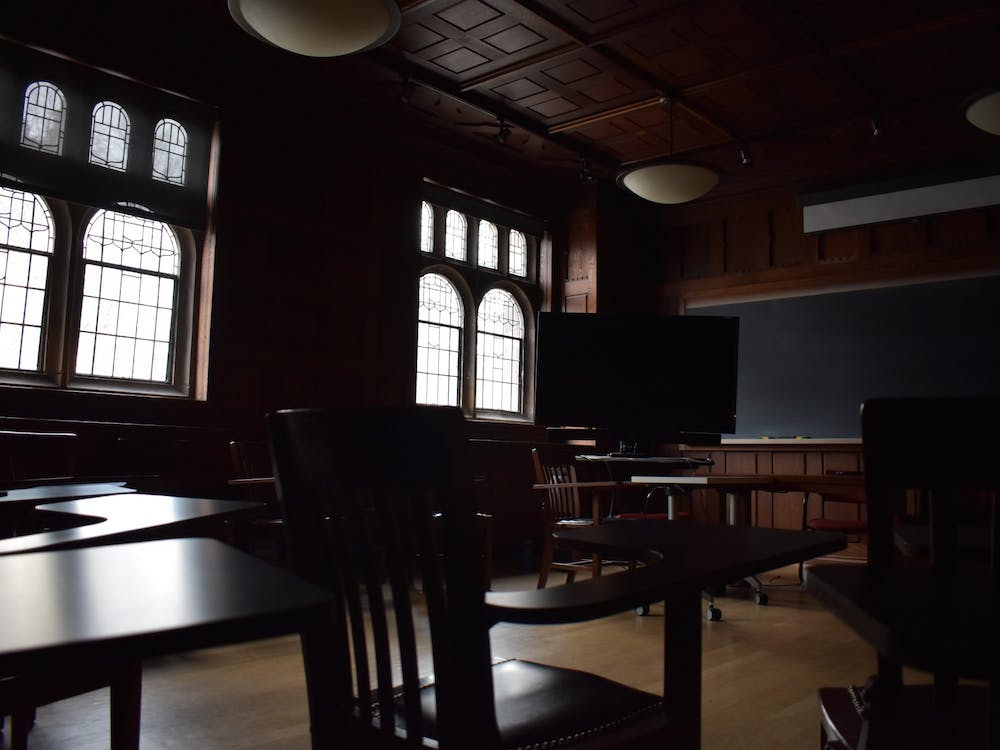 You are not entitled to ‘civility’

Some ideas are not worth discussing; the basic and fully answered question of whether or not racism is real is a distraction from talking about how to handle its innumerable impacts.

De-politicizing the appointments process is the only way to prevent further erosion of judicial independence, which is crucial for the preservation of the Court’s integrity.