When outrage first erupted over Lawnparties, my eyes were off of the University, as I was focusing on my own projects. Yet the backlash to the $80,000 virtual event became so pervasive that I decided to begin my own investigation.

This rabbit hole has led me to research various ins and outs of University finances, University Student Government (USG), and social media. Overall, one conclusion became clear. The connection between USG and the student body is unstable, unclear, and unacceptable. For a group that is supposed to represent and serve the needs of the student body, USG has muted itself to student voices. The student body is just as responsible for this game of broken telephone.

USG does not fund all Lawnparties activities, claiming to only cover “the food and the main headliner(s)” (note that this includes the concert costs such as staging) “in Quad’s backyard,” as is written in their detailed, albeit rather snarky, report on 2019 Lawnparties. Responding to the low response rate of the student survey USG sent out, they wrote, “If the results upset you or do not match your personal preferences, you should try filling out the survey next time.”

They have a point. The student body should participate much more in the affairs of the people we elect to create events for us. I'll return to this later.

As is quite clear, Lawnparties on campus cost much more than the predicted virtual event will: almost $60,000 more. Indeed, even the Spring 2020 Lawnparties would have cost over $100,000. The funding for these Lawnparties, as well as the USG budget, comes from the student activity fee (you can find it in your Tigerhub financial portal: about $40), but this semester the University footed USG’s approximately $200,000 budget as students were not charged the activity fee due to being off-campus. This gives us a better perspective of the cost of Lawnparties in general, and why $80,000 is not, relatively speaking, such a shocking figure.

Yet, $80,000 is still a large sum of money. Furthermore, the ultimate issue of this investigation is not the price of Lawnparties, but whether USG was forced to spend $80,000 on virtual Lawnparties or if they could have canceled it. Could USG not have spent it elsewhere, on things that were more pertinent to the pandemic, for example?

According to an email the student body received from USG, the answer appeared to be no. USG provided two main reasons as to why they could not spend the money in the above way. The first reason is the bid contract for fall Lawnparties USG sent out over the summer. The second is the implied purpose of the funding USG received.

Let's address reason one. USG sent out a bid over the summer to an artist, and this bid was binding. Unfortunately, it is unclear exactly when the USG Social Committee sent that bid out. When I emailed the chair, Sophie Torres ’21, I was only told that she was not allowed to talk about contract negotiations.

This detail is key. If USG sent the bid before July 6, when Princeton announced that only half the student population would return to campus, then the decision to have in person Lawnparties would make more sense. Before that time, schools like NYU and Northeastern were planning on re-opening fully in the fall. It was hard to predict the path of COVID-19, too, especially as N.J. guidelines around re-opening shifted frequently.

If the bid was sent after July 6, however, the choice seems strange. Lawnparties in person would be hard with social distancing and tight restrictions on student movement. They may not have even been allowed if only half the school was able to attend. Lawnparties online could happen, but would that be worth it with students around the globe, some in different time zones, some with poor internet, some with newfound responsibilities of cooking and cleaning, and all with headaches from hours of zoom? Compared to the thousands who attended in person Lawnparties, spending $80,000 for what will almost certainly be a smaller showing seems wasteful.

Did USG have to spend the money on Lawnparties, then? In a previous Daily Princetonian article, University spokesman Ben Chang claimed that “USG alone decides how to allocate its funds within applicable laws and regulations — this year is no different. The University does not oversee or dictate what USG should do with its funds on behalf of the undergraduate student community.” The article continued explaining that “USG determined its own budget based on long-standing funding allocations.” The Sept. 13 email further clarified budget spending, indicating that “the goal of (the University) funding is to support community-building events for students that could be peer-led this semester.”

At first blush, it seems that USG had to spend the money on student programming, especially considering the possibility that there are strings attached to the money that the University gave them. Like many budgets, USG must spend all of theirs or else risk being given less money the following term, which may have given them even more incentive to use the money on a big event. “Long-standing funding allocations” may indicate too that USG is seeking to preserve previously set precedents.

But Chang's comment is explicitly clear: “the University does not oversee or dictate what the USG should do with its funds.” The strings attached argument here seems cut to pieces. Furthermore, an argument for budget use dictated by “precedents” is much weaker than an argument based on legislation and need.

The USG constitution says precious little about budget spending. In summary, it only dictates that the USG treasurer propose a budget at the beginning of the semester, and that the senate take two meetings to review the budget. There is nothing specifically written that dictates that USG cannot allocate funds to other programs, so long as these funds do not break organizational rules regarding financial transactions. In other words, spending the money on Lawnparties and social outreach may have been a goal, but not a mandate.

Following previously set precedents is the essence of common law, but USG is not a court, and their precedents do not become law. It seems all too easy for them to have decided early in the summer to come up with positive, creative ways to use the money to support students, both socially and otherwise.

They’ve shown their ability to do this before. USG chartered buses to EWR airport during the beginning of the pandemic. Surely, they can help the community with more than Buds at a distance and zoom festivities. A resolution for the creation of a COVID-19 Equity Committee as of Sept. 13 has been made, yet, having already decided the budget, the $80,000 (maybe more) will undoubtably be going to Lawnparties.

My investigation flipped only a few stones that were not unturned. Yet the plain fact that I had to even investigate to understand the details of what USG is doing regarding Lawnparties speaks volumes. That in itself reveals how disconnected USG is from the student body and how disconnected we are with our elected officials.

Ultimately, the uproar concerning Lawnparties expenditure reveals one thing: Princeton’s Undergraduate Student Government suffers from a terrible problem of miscommunication. It has also shown how out-of-touch the student body is with their elected officials, as Sajiwan Naicker ’23 lays out in a brilliant opinion piece. To reiterate one of Sajiwan’s points: it is USG’s job to increase the voter turnout, and it is students’ job to vote. USG lacks the legitimacy it desperately needs. If you want USG to be able to spend money on COVID-19 problems, to be bolder with its budget, and more activist in its spending, give it the power to do so.

To do this, USG needs to take measures to make itself more appealing to a majority of students. USG has a transparency task force, yet it clearly was surprised by outrage over Lawnparties, and still felt there was not a need to explain the choice.

Perceptions of USG should change too. For some, the body is like the secret board of shadowy figures; many know of USG, few likely know how much it does. USG does do a lot, but it certainly could leave more of an impact. Being known only for making merch is not the reputation USG should have.

We as students have work to do, too. As the student body, we should envision ourselves not as disparate groups pitted against others, but as a force that can shape the school. Being in student government does not and should not change that bond we have with each other. In the words of Bard professor Roger Berkowitz,  “power emerges from collective action, from people banding together and thus building networks of collective action that acquire, in a democracy, persuasive power.”

I would love USG elections where the best candidate is not the one who will give us the best merch or the best giveaways. Anger about Lawnparties shows how much more we, the students, need to understand about USG, and how badly we want USG to change. If we are to make this change possible, USG must improve its transparency and outreach. Students must reach back.

The state of USG now, however, is deeply ineffective and opaque, making them and their choices frightfully mysterious. Yet, in the end, the only thing worth being scared of is that USG spends $1,000 on coffee and $960 on Senator training.

Ethan Magistro is sophomore from Morristown, N.J. He can be reached at magistro@princeton.edu. 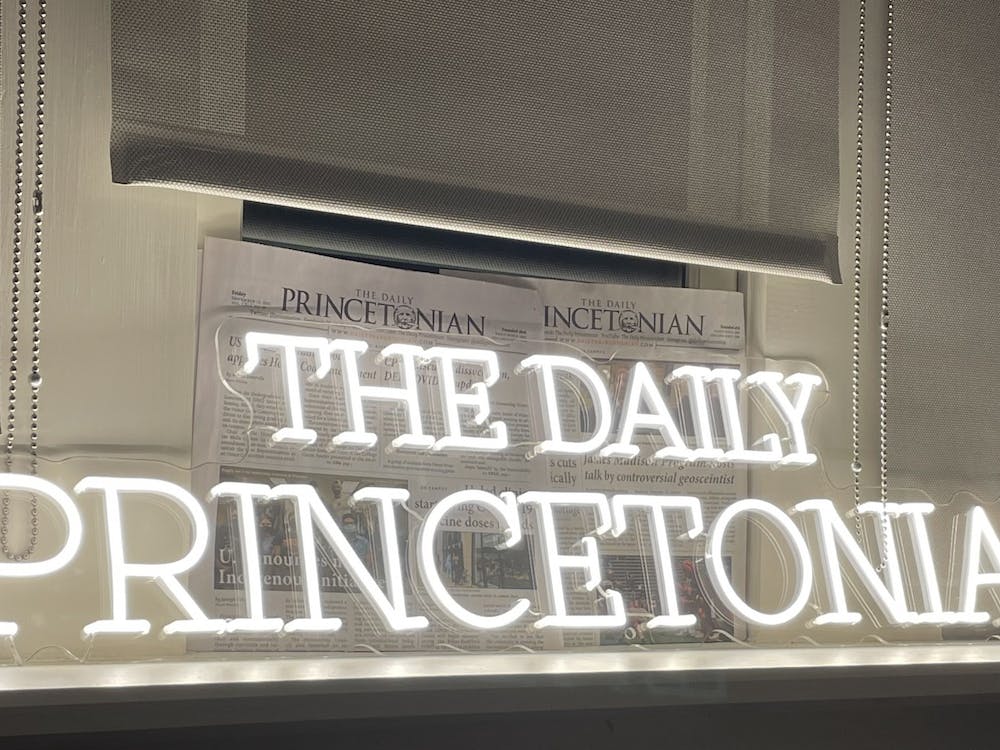