For the past several days, I’ve wrestled with whether or not I should voice my thoughts online. Activism on social media can often seem performative and masturbatory, each post a way for the user to publicly assert their wokeness. I don’t mean to undermine the power of social media. It’s an incredibly useful tool, and it would be foolish not to take advantage of the platform, but it would also be foolish to ignore the massive audience afforded by social media — for many of us, the largest captive audience we have access to. By racking up views, likes, and comments, social media taints anything we post with a self-lauding effect.

But I didn’t want to stay silent. For much of my life, I’ve tried to “play it safe” when it comes to speaking actively about activism, particularly regarding the Black Lives Matter movement. I felt, and still feel, a lot of fear and discomfort in addressing racism outside of my own experience, which prevented me from participating in race conversations which deviate from the Asian American experience. When speaking about identity, we are told that we should speak from the “I” experience; that we should not speak for identities with which we do not identify; that even when we speak about our experience as this or that racial or ethnic group, we cannot speak for the experience of a people. Falsely perceiving silence as the solution, I didn’t know how or if I even needed to participate in the conversation,

Recently, I read a post on Instagram that said, “Do not centre this narrative around yourself. Whilst it is nice that you can relate and empathise, now is not the time to insert your personal experiences into a narrative that isn’t about you. This is actually harmful and takes away from the severity of the situation. Leave your ego.” I agree with the statement, in that now is not the time for Non-Black People of Color (NBPOC) to share their experiences with racism or for people to share all the things they’ve done to combat racism. That’s when we have to ask: who is this social media post really for? However, it doesn’t mean that we must remain silent. In the quest to educate ourselves, we need to have uncomfortable conversations. We need to share the facts and stories with others. While silence is the easiest and safest solution to avoid harming the ego, it is never the right action because of its inaction.

Rather than thinking of it as “silence” and “speech,” perhaps we should understand it as listening and sharing. In a Zoom discussion with the Trenton Youth Orchestra, musician Aaron Stokes suggested that we must “go against the grain of fear” and share our truth, while also listening to others share their truths. Although his anecdotes were primarily centered around music, he imbued his stories with an undercurrent of activism. The way he spoke, with such beauty and intention, reminded me of the poet Ocean Vuong.

Stokes talked about his participation in a collaborative concert honoring the Rwandan genocide. Prior to the performance, he said he felt uncomfortable and well-aware that he was as an outsider who hadn’t experienced the effects of the genocide himself. He then posed the question, “How do we talk about narratives which lie outside our own experiences?” Stokes acknowledged that the right course of action changes from moment to moment — there’s no set formula for how to respond to such sensitive and deeply intimate stories. However, he suggested that we should always set an intention before we share and remain true to that intention in our words and actions. That is to say, we should carry intention when we speak so that we also know when not to speak, recognizing that our silence creates space for minor narratives.

In the book “Minor Feelings,” author Cathy Park Hong addresses the messiness of talking about race. Invoking the words of filmmaker Trinh T. Minh-ha, she states that rather than speak about her Asian American identity, she wants to speak nearby her identity to acknowledge that her singular experience cannot speak for all experiences. Hong also states, “If I’m going to write nearby my Asian American condition, however, I feel compelled to write nearby other racial experiences … But it would be wrong of me to say that we were all on equal footing ... In my efforts to speak nearby, I also have to confront the distance between us, which is challenging because once I implicate myself, I can never implicate myself enough.” Hong suggests that to begin talking about race, we have to understand that race in America involves everyone. She says we all have a spot at the table, but that we also need to recognize the disproportionate spacing between each seat.

For Stokes, the question at hand is larger than race — ultimately, it’s about humanity. We need to stop seeing the race conversation as “me” and “you,” or “us” versus “them.” It is our default of seeing the opponent as “other” which creates the premise for racism. Even the term “race” is inherently problematic, for “race” insinuates a competition — a chase after the finish line that is humanity. Humanity is not a race, and the conversations we have are not about identifying the winners from the losers or saying “I’m right and you’re wrong.” We have to learn to see the human in each other, recognizing that when one human suffers, all suffer.

“The idea of life, as it is — which is to look around us and see our society — it is not an immutable truth ... To step off that path is to see that this life that we have around us is simply a project in the way that nation states are a project, in the way that ideology is our project, in the way that policing is a project. And when you choose to align yourself with the project it comes at the expense of yourself. Of who you are. And by extension, it becomes at the expense of me. Because that is how power works.”

The Black Lives Matter movement then, to khan, “has first and foremost always been an invitation into truly living.” It is to challenge the system set in place and accepted by most; to challenge the main narrative, a narrative dominated by whiteness, and to demand that we expand that narrative to include everyone — especially those society deems as “too much to handle.” For too long, Black people and Brown people and all people of color have had to inscribe their narratives into the margins of history without having their voices heard. That needs to change.

Khan asserts that we must dedicate our minds and hearts to the movement of anti-racism. What they mean is that talking about race is only the starting point of a long journey. We must strive to live a life of anti-racism in our everyday interactions with others, and pursue long-lasting relationships with those who are different from us. Reflecting on my own experiences with race, I know that this is something that I need to work on once we begin interacting with each other again. I’ve insulated myself in comfort for far too long.

Perhaps some are thinking as they read this that I am performing yet another masturbatory act — that a meditation on race is only an act of intellectual preening. To an extent, they’re right — writing intellectualizes race, which can only go so far. However, writing is also a form of processing. Stokes also talked about the importance of sharing our processes with each other, stating, “Your process could help me through my process.” While he was speaking more specifically about the arts and music (the process in the practice room), his sentiment also applies to a context of race. We are all in the midst of processing. The processing is difficult and uncomfortable, but it is necessary to get to where we need to be. I’m writing because I want to share my process with you, in hopes that we can process together. We can only ruminate and reflect in solitude for so long.

Conceptualizing race and racism inherently creates a set of paradoxes. It asks us to recognize that racism impacts everyone, but that it impacts everyone differently; it asks us to disassociate from our own racial identity/ies to see the human in each other, but to also celebrate the individuality in our human experiences; it both unites and divides us, because the problem is divisive but the solution is unity. None of us really know how to conceive of a world free of racism, because none of us have experienced such a place. Perhaps striving for a world without racism is like chasing after an asymptote on a graph — we constantly approach the line, getting closer and closer, but never reach a point of intersection. But maybe it is precisely through our earnest pursuit of that vision that we will reach a definitive point of arrival.

With a new academic year, comes new restaurants sprouting around Princeton. Here are a few that have recently opened (or are soon to open!) in town, just in time for that time of year when you start craving something — anything — other than dining hall food.

With a new academic year, comes new restaurants sprouting around Princeton. Here are a few that have recently opened (or are soon to open!) in town, just in time for that time of year when you start craving something — anything — other than dining hall food.

Famed playwright Tom Stoppard on art-making in a vexed era

Famed playwright Tom Stoppard on art-making in a vexed era

One tree over a changing campus 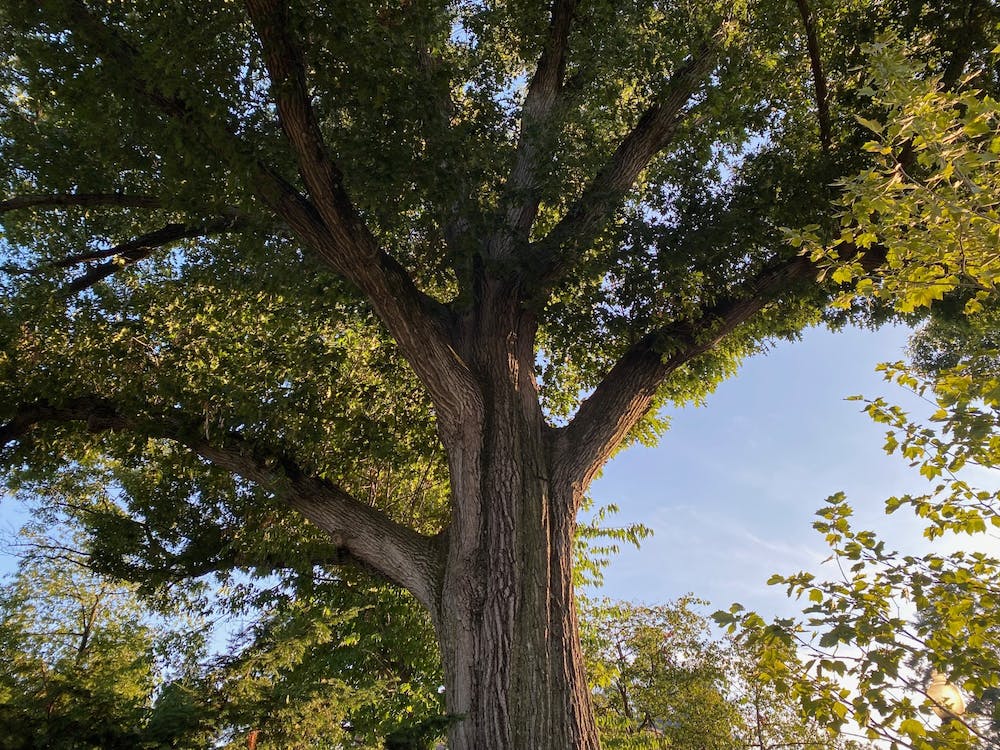 One tree over a changing campus

“Somehow, already, the Princeton I applied to and the one I first came to know feel a world apart from the Princeton slowly being built around us.”

“Somehow, already, the Princeton I applied to and the one I first came to know feel a world apart from the Princeton slowly being built around us.”