After a brief pause, Pelts continued to read aloud the names, ages, birthplaces, and places of death of child Holocaust victims over the Center for Jewish Life (CJL) livestream until the next volunteer came to take her place. One of 44 readers, with several filling multiple shifts, she was taking part in the CJL’s annual 24-hour name reading of Holocaust victims in observance of Yom HaShoah — Holocaust Remembrance Day.

“The idea of memory has an important role in Jewish tradition,” CJL Student Board President Jake Brzowsky ’21 wrote in an email to The Daily Princetonian. “The Holocaust has touched members of our campus community in very specific, personal ways, but the tragedies of the past have also left a scar on our national memory. On Holocaust Remembrance Day, we take a moment to reflect on that memory. The reading of names is one way we do that.”

Pelts explained that the names read aloud during the 24-hour program all belong to children under the age of 10 who were killed in the Holocaust.

“The sheer length of the list is purely heartbreaking,” she said.

Typically, this ceremony is held in-person on campus. Last year, undergraduate students gathered outside of Murray-Dodge Hall to recite the names of Holocaust victims following a live event; however, such an event was impossible this year due to social distancing guidelines.

“At first, we debated whether to do the name reading this year,” Brzowsky wrote. “But we quickly realized that Holocaust Remembrance Day was never to remind others of the size of our community’s tragedy. Remembrance is as much something we do for ourselves, as a community that bears witness to tragedy.”

In order to hold a 24-hour live name reading ceremony, 48 half-hour slots had to be filled — many during the night or during regularly scheduled class times. However, Brzowsky told the ‘Prince’ that students were extremely eager to participate.

“Every year, I’m so impressed and so proud of the Princeton Jewish community for putting this together. I had no doubt that our community would come together again this year, and indeed, we had no trouble filling all the slots. I am thankful to those who volunteered and continually inspired by the meaning that so many people bring to this day.”

Students and community members first gathered on Monday at 7:30 p.m. to listen to a presentation by Holocaust survivor Zsuzsanna Ozsváth, the Leah and Paul Lewis Chair of Holocaust Studies and Director of the Holocaust Studies Program at the University of Texas at Dallas.

Following an introduction by Avi Siegal ’22 and Neti Linzer ’22, Ozsváth told the story of her life as a Jew in Hungary in the 1940s, explaining how her childhood babysitter Erzsi saved her life by bringing her family false papers, food, and other supplies, as well as smuggling Ozsváth and her brother from place to place to hide them from Nazi forces in Budapest.

Over 80 people attended the virtual talk, listening to Ozsváth’s story and looking at the on-screen photographs that illustrated her account. At one point, Ozsváth showed a photo of her and other schoolchildren posing for the camera before World War II.

“Out of us, there is not one child who survived in this picture,” she said.

After the talk, Ozsváth’s son Peter Ozsváth and his wife performed a cello and piano duet, and Rabbi Julie Roth of the CJL said a memorial prayer for those who perished. Shortly afterwards, the 24 hours of name reading began, ending at 9 p.m. on April 21, the next day.

Louis Aaron ’22, who attended the event, told the ‘Prince’ that he was moved by Ozsváth’s story.

“I still struggle with my understanding of how the Holocaust fits into Jewish identity — what role it plays in a community, in prayer, and in the Jewish State,” he wrote. “Zsuzsanna’s presentation cut through all that. Her firsthand experience and thorough historical research provided a raw reminder that millions of Jews (and millions of others) lived without basic freedoms or had their lives cut short within one lifetime of mine.”

“It’s so important to be aware of political trends and to curb hateful politics before they become mainstream,” he added.

Aaron is the Chief Strategy Officer for the ‘Prince’ business team.

Pelts told the ‘Prince’ in an email that without the on-campus programming that she would usually attend on Holocaust Remembrance Day, she decided to take part in the name reading for the first time.

“I am ashamed to admit that while all of my grandparents lived in Eastern Europe during the Holocaust, with some evacuating and some remaining in occupied territory, I do not know their stories nearly as well as I should,” Pelts said. “It’s important for me to take time out of this day to reacquaint myself with my extended family’s stories and with the stories of others. I am grateful to the CJL for organizing this virtual ceremony and helping us remember as a community, despite the physical distance between us.” 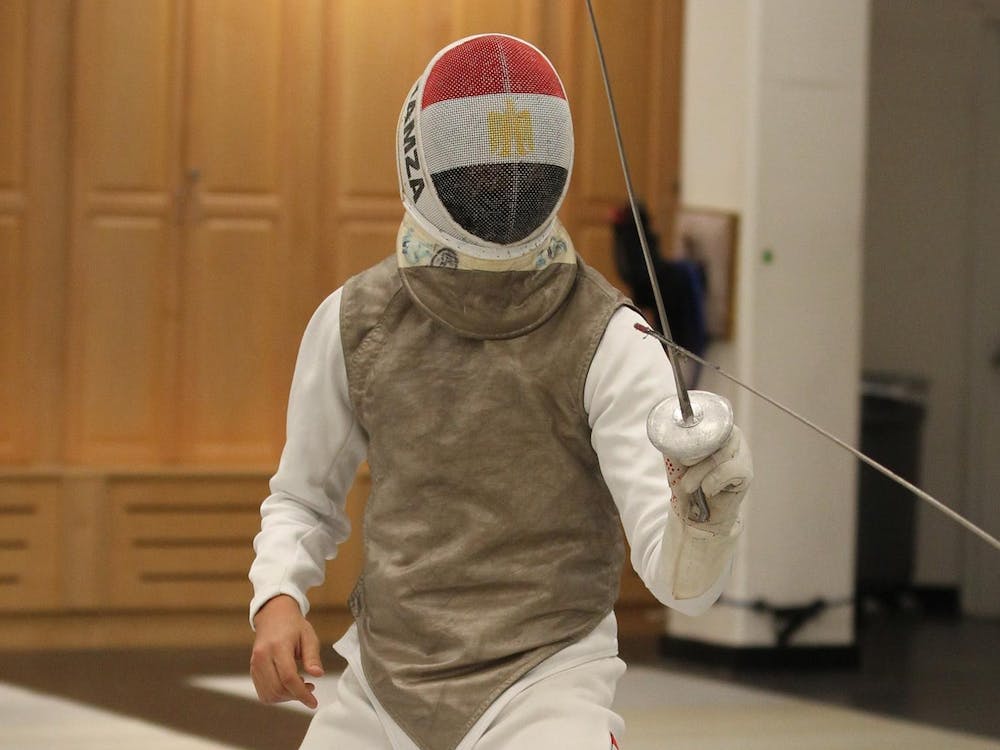