On Thursday, Feb. 13, Sarah Hirschfield ’20 became the sole University recipient of the 2020 Gates Cambridge Scholarship, a prestigious fellowship which funds 80 students annually from countries outside the United Kingdom to pursue a full-time postgraduate degree at the University of Cambridge.

The Gates scholarship was established in 2000 by a donation of $210 million from Bill and Melinda Gates to the University of Cambridge, which constituted the largest ever single donation to a university in the U.K.

The selection criteria for the scholarship are “outstanding intellectual ability, reasons for choice of course, a commitment to improving the lives of others, and leadership potential,” according to their website.

Hirschfield will pursue an M.Phil. in philosophy at Cambridge. In interviews with The Daily Princetonian, Hirschfield’s friends and mentors seemed to agree on one thing: at her core, she is a student of philosophy.

When asked what first drew her to the concentration, she said that to her, philosophy is a way of making life less confusing and easier to grapple with.

“It occurred to me that whether I decided to study philosophy or not, I’d be condemned to philosophizing because I would always have to deliberate about what to do and about values and how I should live my life,” she explained. “So I figured if I was condemned to thinking in this way, I might as well try to do it well.”

For Hirschfield, the study of philosophy is fundamentally about “how to exist with one another.”

“Philosophy can also help others and teach us how to be good to each other and to ourselves, despite all odds,” she added.

Hanna Pickard, professor of philosophy at Johns Hopkins University and former Visiting Research Scholar to the University’s Program in Cognitive Science, wrote it was “both a joy and a privilege” to advise Sarah’s junior paper.

“Sarah does not flinch from staring moral wrong straight in the face and fighting it with everything she can — combining philosophical argument of the highest caliber with a kind of real-world pragmatism so that the arguments stick,” she wrote in an email to the ‘Prince.’

At Cambridge, Hirschfield plans to study feminist philosophy and philosophy of law, building on her thesis, which centers on rape and moral responsibility. Her junior paper argued against the use of mistake of fact defenses in rape cases, in which defendants can use their ignorance of the victim’s non-consent — “I didn’t realize she said no” — as a defense to the crime. She argued that this defense rests on a false narrative about men’s ability to “read signals.”

Hirschfield sees the experience of attending college during the rise of the #MeToo as motivating her future academic research.

“Through my reporting, along with my friendships across campus — in the orchestra, powerlifting team, and rap group — I have come to see that the #MeToo problem is widely shared,” she wrote in her personal statement for the scholarship.

“While the problem of sexual assault is practical, the issues it raises — about the nature of consent, the appropriateness of blame and punishment, and the requirements of justice — are deeply philosophical,” she continued. “I wanted to use the analytical tools I cherish to tackle this pressing issue.”

“[Sarah] will make the world a better place, especially for women,” wrote Pickard.

Janet Lee ’20, a close friend of Hirschfield’s, commended her for “not [being] afraid to challenge popular opinion and really think for herself.”

In the eyes of McCosh Professor of Philosophy Michael Smith, one of Hirschfield’s greatest attributes is her ability to shine in small group class discussion without making anyone feel “ignorant or stupid,” according to an email statement to the ‘Prince.’

Smith described his experience with Hirschfield when she was in his precept in PHI380/CHV380: Explaining Values.

Hirschfield’s interests outside of academics are wide-ranging and often seemingly contradictory.

Over the past two years, Hirschfield has spearheaded the creation of the video section of the ‘Prince.’

Jonathan Ort ’21, the editor-in-chief of the ‘Prince,’ said what distinguishes Sarah as a leader is her “incredible emotional intelligence” and her “ability to be there for every member of the team.”

“[Sarah] has this really unique capacity to pay attention and to heed the experiences of other people,” said Ort. “She is incredibly generous, not only with her time, but also with her spirit, in terms of lifting people up.”

In addition to her time at the ‘Prince,’ she has managed the Instagram account of philosopher Peter Singer, the Ira W. DeCamp Professor of Bioethics at the University. She has also been a member of the Anscombe Society. She is a cellist in Sinfonia and is also the founder of a free-style rap group, FIRSTBASS.

Hirschfield is heavily involved with Jewish life on campus, serving as the public relations chair of Chabad. She is also a member of Six14, a Christian dance group. She is an editor for the Princeton Law Review and a two-time Silver Medalist at the Ivy League Powerlifting Championships.

“Sarah is a student of ‘the Sarah Hirschfield theory of the unity of everything,’” wrote Rabbi Eitan Webb, a mentor to Hirschfield, in a statement to the ‘Prince.’ “Her freestyle rap group ... became a forum for her to test ideas that she had been researching for her junior paper. Her powerlifting group is invariably a place for Sarah to conduct an ad hoc discussion about classical music. And on and on.”

“I do not think that there is a topic on this planet (or beyond it) that does not pique her curiosity,” Webb added. “Her questioning of every assumption and every premise is real.”

“I always feel so inspired by her passion for what she’s studying,” said Linh Nguyen ’21, a friend of Hirschfield’s and fellow associate news editor emeritus at the ‘Prince.’

For Hirschfield, receiving the award was a moment of profound gratitude.

“I’m thankful for all the mentors I’ve had in the philosophy department — Gideon Rosen, Hanna Pickard, Michael Smith, and Alexander Nehamas — who encouraged me to cultivate my passion,” she said. “I’m grateful for all the people — my friends, my mentors, and my family — who have shaped me into the person I am today.” 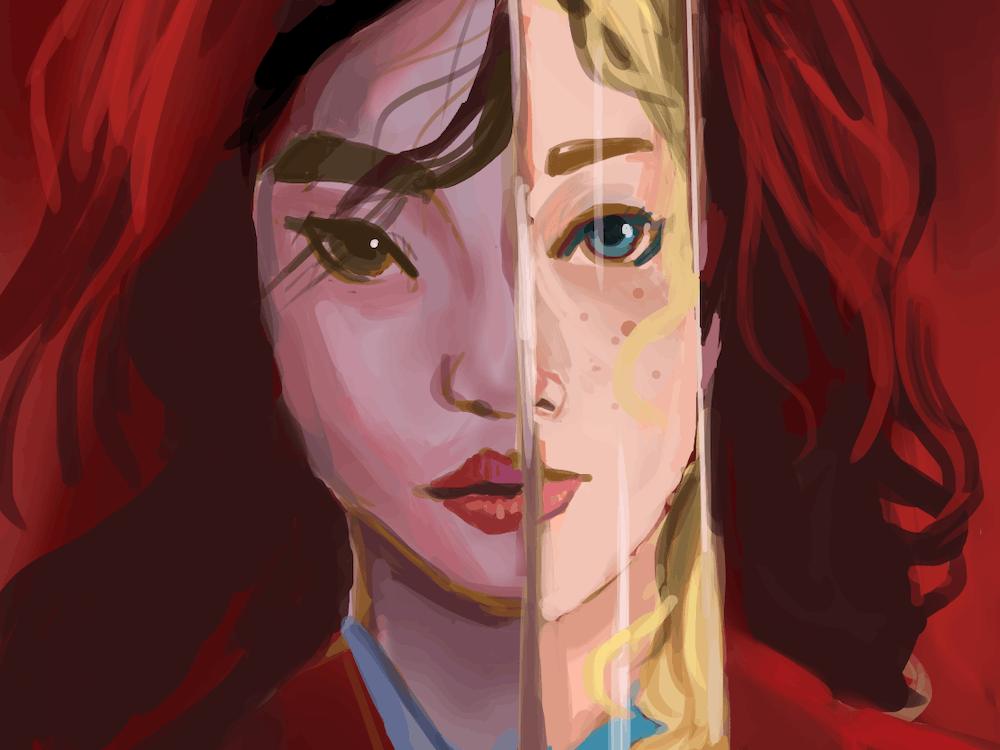 The live-action remake of “Mulan” tries to incorporate many new elements with good intentions, but ultimately, the movie is poorly executed. It doesn’t work as a film that elicits nostalgia, it doesn’t work as a historical drama that explores Chinese culture, and it doesn’t even work well as a standalone film considered completely separate from the original. 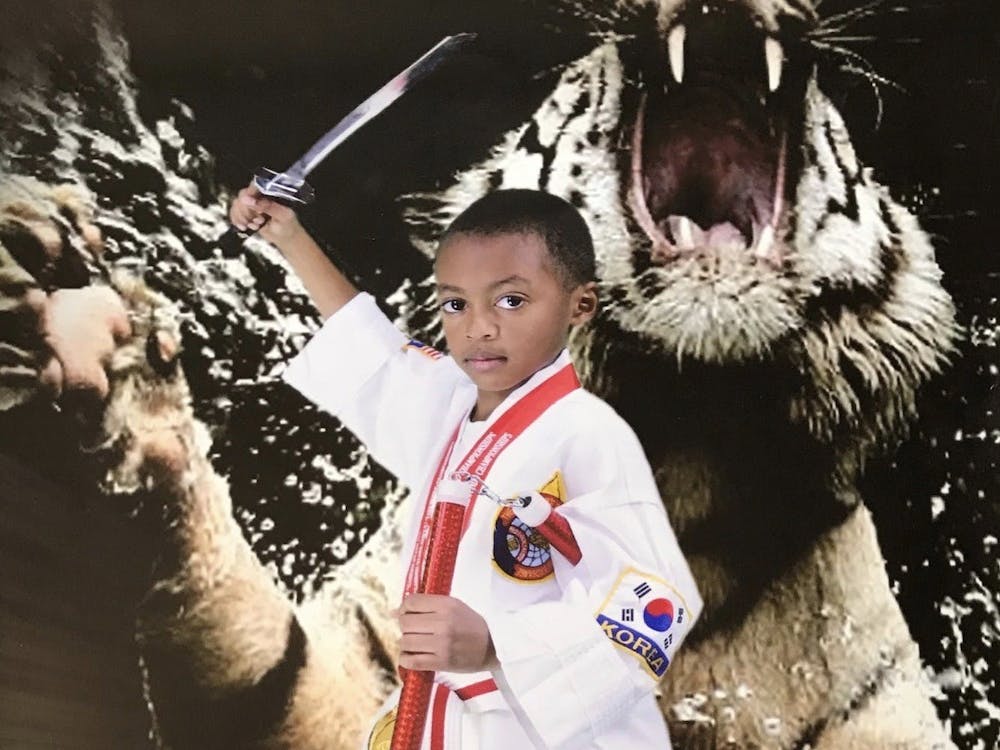