It took three decades, and a dream.

It took Princeton’s 1993 decision to slash its varsity wrestling program.  It took former Athletic Director Gary Walters’ insistence, four years later, that the team be reinstated. It took Christopher Ayres agreeing in 2006 to uproot his life and become head coach of the worst wrestling team in the country.

It took Ayres’ fight for mats, for practice space, for a room of his own. It took 35 straight losses and seven consecutive losing seasons. It took Ayres’ promise to parents, recruits, and prospective hires: Princeton wrestling is going somewhere. Buy in, before hopping on board becomes hopping on the bandwagon.

It took 14 years of Ayres visualizing victory and repeating his goals. It took heartbreak. It took hope. It took an Olympic year, took four of no. 20 Cornell wrestling’s top athletes off the roster to chase their gold-medal dreams.

It took bonus points from no. 3 sophomore Patrick Glory. It took grit and drama from no. 5 sophomore Quincy Monday. It took senior Kevin Parker and no. 23 sophomore Grant Cuomo turning tossups into routings. It took the surprise return (first reported by this newspaper) of no. 4 senior superstar Matthew Kolodzik. It took no. 25 sophomore Travis Stefanik putting his team on his shoulders and his opponent on his back.

It took three decades and a dream. And — take it from Ayres — “it wasn’t pretty.”

If the Big Red had history on its side heading into Sunday’s dual, the Tigers — 11 spots higher in the national rankings and with a roster spearheaded by four top-five wrestlers — had numbers on theirs.

They knew, still, that victory wouldn’t come easy. Cornell’s no. 5 Chas Tucker would pose a formidable threat to Princeton’s unranked 133-pound junior Ty Agaisse. And Cornell’s no. 4 197-pound Ben Darmstadt could whittle down the Tigers’ advantage with a victory against no. 3 junior Patrick Brucki.

The meet would be decided, then, by five weight classes: 141, 165, 174, 184, and heavyweight. None of those Princeton wrestlers — save no. 23 165-pound Cuomo — enjoy national rankings. All of them — including Cuomo — have struggled for the past two months with consistency.

“Yeah,” said Ayres before the match. “I’m nervous, to say the least.”

The Big Red won the coin toss to start the meet at heavyweight; true freshman Aidan Conner took the mat. An early takedown by Cornell’s Brendan Furman set the tone. He logged six swipes-worth of back points in the second period alone and closed out the match with a 9-0 major decision. 4–0, Cornell.

Next up was Glory, who’d detailed his strategy in a pre-match interview.

He fired on all cylinders, logging three takedowns, two swipes of back points, and riding time on his way to a 9–0 victory over the unranked Dom Lajoie. Team score: 4–4.

Facing no. 5 Tucker at 133-pounds, Agaisse trailed 5–2 at the start of the third. A father — orange shirt, orange pants, orange hat — leaned to his son in the stands.

“If he can keep this to a regular decision,” he said, “that’ll be a very good thing.”

Agaisse fell as expected but managed some impressive damage control, limiting Tucker to a 9–3 decision. Sophomore Marshall Keller dropped the second of the meet’s tossups 8–4 to the unranked Noah Baughman at 141, allowing the Big Red to storm its way to an 11–4 team lead.

The tide had turned in Cornell’s favor. But walking onto the mat was the one wrestler — on Princeton’s roster, certainly, and in the country, maybe — who could be trusted to turn it back.

Facing North Carolina State on Jan. 11, senior 149-pound captain Mike D’Angelo suffered a season-ending injury. 149-pound Matthew Kolodzik was halfway through his Olympic year. He had just one more opportunity to qualify for Trials. But if he gave up his redshirt, re-enrolled at Princeton, re-donned his singlet, and won a national title? He’d receive an automatic bid. To him, to D’Angelo, and to Ayres, the decision was simple.

Matthew Kolodzik was back.

His 4–2 win over the unranked Hunter Richard took the team into intermission. The Tigers trailed 11–7. They didn’t panic.

“We’re in the meat of our lineup now,” Ayres told his team.

A win for him — any win, with any margin — would make a Cornell victory impossible. A loss would put the stress on Brucki. 34 years of hopes and dreams rested on Stefanik. He’s had standout moments this season, but his fair share of failures, too — his shoulders seemed an unlikely set to count on.

“Travis Stefanik,” said Ayres in an interview last month, “has not figured himself out yet. With that kid, we just keep waiting for a breakthrough.”

With 28 seconds to go in the match a breakthrough — and victory — seemed unlikely. The score stood tied at 4–4. Stefanik was on the ground, Cornell’s Jonathan Loew scrambling above him for control.

It happened quickly, all at once.

A dream had toppled a dynasty.

“Blood, sweat, and tears,” said Stefanik, on the verge of them himself. “I came here for this. I came to Princeton to win championships — not just Ivy League championships, but national championships. This is for everyone.”

“I don’t know that I’ve ever been that excited in somebody winning,” Ayres said.

What was Kolodzik thinking?

“I wasn’t thinking. I don’t think anybody was. We were just so, so crazy hyped.”

Even an 11–4 defeat of Brucki by Darmstadt couldn’t hamper Tiger joy.

“We’re all brothers,“ said Kolodzik. “We make sure we do our job, and we make sure we have the guy next to us. Everybody on the team stepped up. But in the final analysis, this is all about Coach Ayres. He’s the guy who made it happen.”

So how will Ayres — the visionary, the wheelbarrow-thrower, the guy who made it happen — celebrate?

“I’m going to go hang out with my family,“ he said. “There’s some alums here and there’s some kids I coached.” 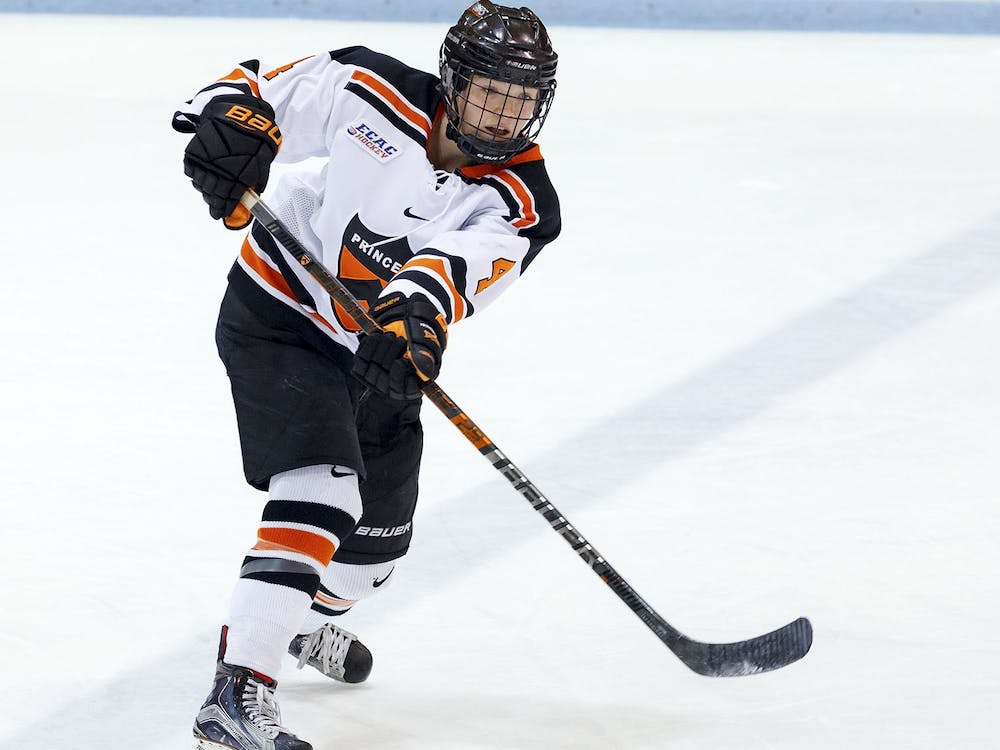