"Brotherhood": Scenes from the stands at Yankee Stadium

All that is to say that frigid, disheartened, and reminded of the upcoming week’s homework, Princeton’s 200-level student section had begun to file out en masse. To some of the spectators a level below them, this proved an unforgivable decision.

“I did not,” huffed one Princeton football alumnus, “win the ’92 ship for kids to walk out of this stadium.” Though adamant that his quote be included “near the top,” the alumnus requested anonymity.

His wife, he informed this reporter, would not appreciate his talking to the media in, well, “this state of mind.”

If the hundreds of students who flocked to Saturday’s game at Yankee Stadium did so to escape the routine of campus life, the hundreds of former football players who made the trip did so to relive it. They brought with them wives, husbands, children, grandchildren, friends — all of whom spent the day celebrating what former captain and nose guard Jeff Urbany ’84 called the “unbelievable brotherhood” that is Princeton football.

“It’s always a problem in the stands,” said former linebacker and captain Matthew Whalen ’88. “We want to cheer and watch the game, but there’s too many friends, too many laughs happening in the seats.”

“I guess they could be playing better,” he said. “But it’s incredible to watch the game, to watch these kids who are so much stronger, faster, more athletic than we were. But it’s even greater to see everyone, to see these guys. You just —”

Then he shook his head, turned back from the field. “Where was I? Oh yeah. With these guys, you just pick up right where you left off.”

Many of the former players hadn’t seen each other in years. But for the vast majority of them, the memories they share — moments on the field, in the dorms, on Prospect Avenue — have proved indelible. Even if neither the sport of football nor Princeton University factor into the alumni’s everyday lives, Princeton football has shaped them.

“[Head football coach] Bob Surace [’90] was a teammate of ours,” said former fullback Dennis Heidt ’89, standing in a huddle of other ’89ers. “Seeing him out there makes us so proud. And this guy was my roommate from college — this one introduced me to my wife.”

“You stand on the shoulders of those [who] come before you,” he said. “At least that’s what my family says.”

He might have been referencing only his family-by-blood. But a few hundred-odd men in the stands might consider him part of theirs.

“The camaraderie is just insane,” said Chris Beiswenger ’93, standing with his son Cameron and his teammate and former wide receiver Steven Tufillaro ’93. “It’s truly a family — every player, past and present.”

At that Cameron, 13, flashed a toothy grin. Does he play football?

Does he want to be a Tiger?

As humanities flounder, the HUM sequence faces a reckoning 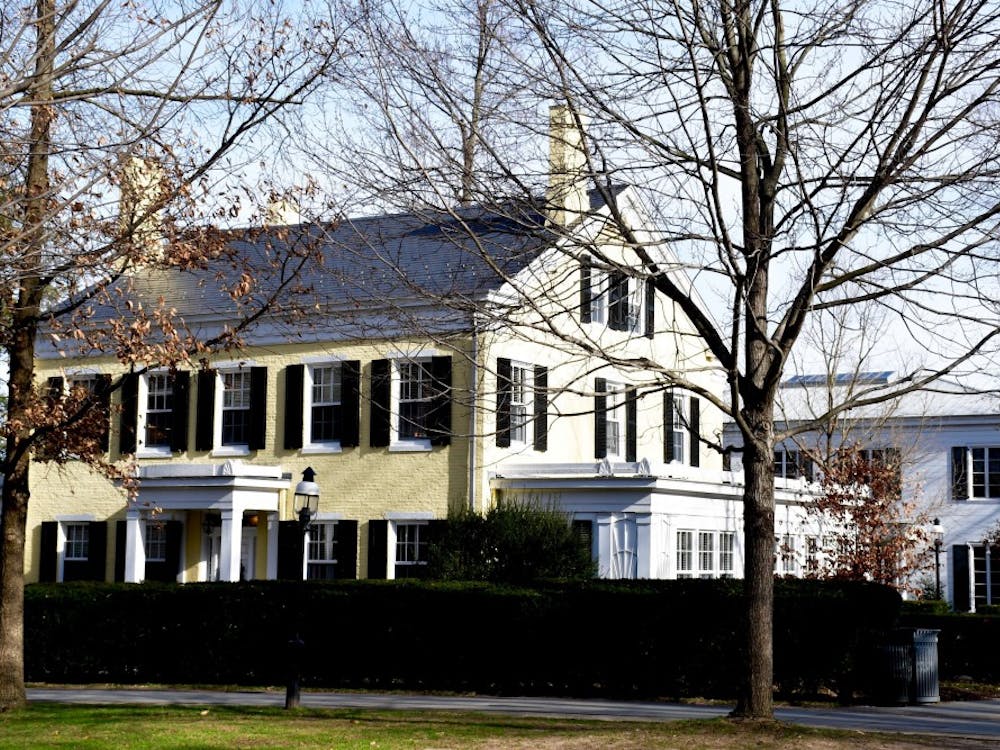 As humanities flounder, the HUM sequence faces a reckoning

The Humanities Sequence is a University staple. How is it adapting to become more critical of the Western canon it teaches? HUM students and professors share their perspectives on how the course has changed direction and where it still needs to go.

As data collection for this year’s census draws to a close, focus is shifting towards the use of that data in determining electoral representation. Two Princeton-based groups, the Princeton Gerrymandering Project and Representable, are working to stop the threat of partisan redistricting, a practice commonly known as gerrymandering.

U. ranked No. 1 American university by U.S. News for 10th consecutive year

USG responds to backlash over Lawnparties

The psychology of reopening: Why we’re not taking the pandemic as seriously as before