From an outside perspective, the stationery store seemed irrevocably ordinary. My friend and I were walking along Newbury Street in Boston during spring break when we first encountered the shop. Its interior held an impressive collection of writing utensils on a table extending the entire length of the store, countless stacks of notebooks to choose from, and small gizmos and other knick-knacks peppered throughout the room. A stationery fanatic myself, I was seduced by the vast range of options, obsessively uncapping and capping different pens and paging through all the notepads to test the strength and grain of the paper against my fingers.

Yet as I traversed farther into the store, I began to feel a slight bout of discomfort as I gazed at a few of the other products on display. While most of them were of Japanese origin, the labels and signs for products indicated that the store was tailored for a Western audience. An entire section in the shop was dedicated to bento boxes (Japanese tupperware) and cookbooks for cuisines of foreign countries, including a cookbook for Japanese food titled “Japanese Cooking Made Simple.”

Upon seeing this particular display, I felt a knot of discomfort and bitterness well up within me. I wasn’t necessarily upset that aspects of Japanese culture have been made more accessible to a Western audience. As an Asian American, I celebrate intercultural exchange and believe that the spread of international cultures is crucial for fostering a global culture of inclusivity. In this instance, however, it was the way in which Westerners seemed to selectively celebrate and appropriate East Asian culture that I found frustrating. 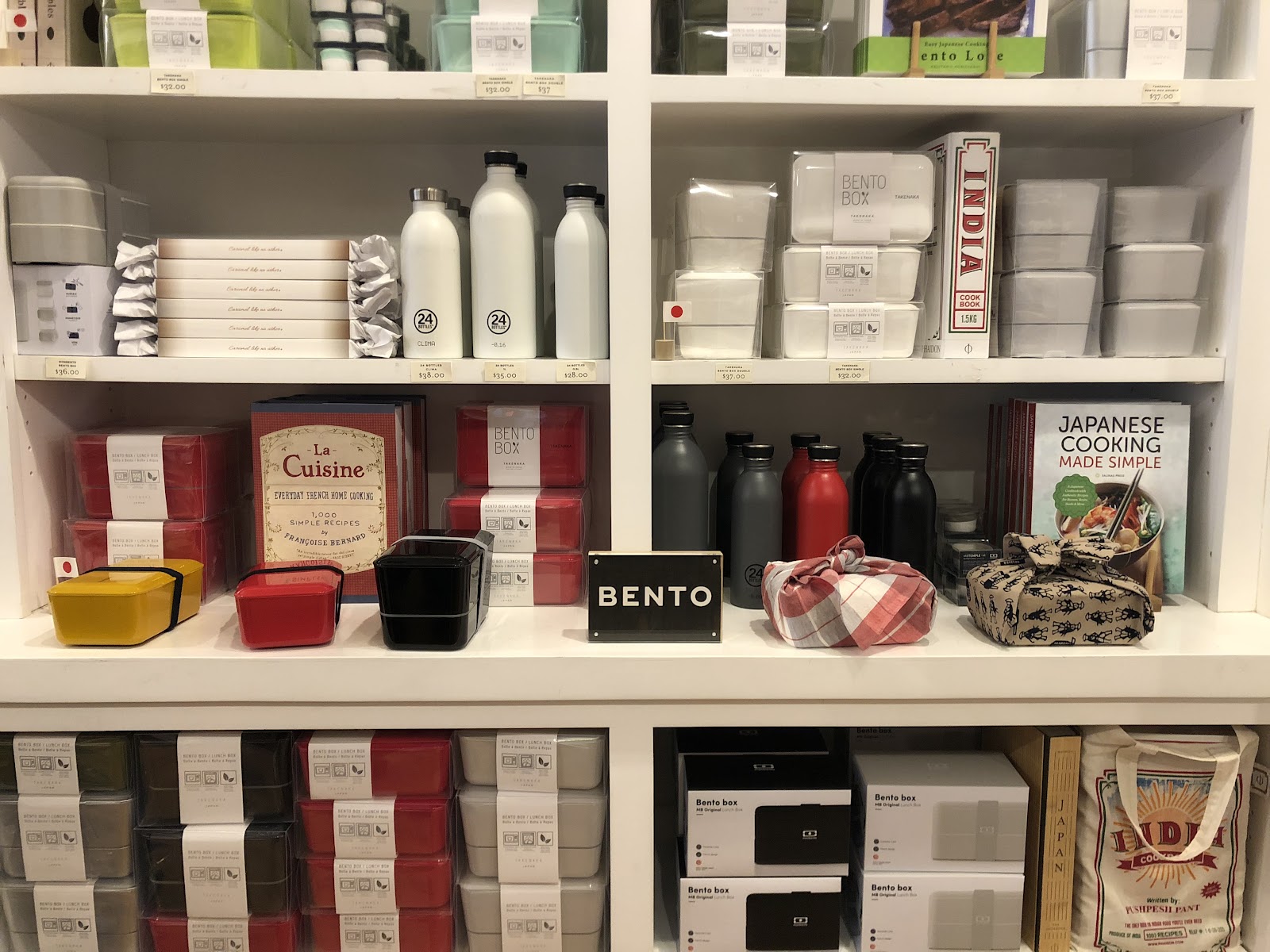 Although several aspects of Asian culture have begun to leak into mainstream American culture, Asian food in particular has rapidly grown in popularity. Western audiences, however, have not always been so receptive to East Asian food. Although I never personally experienced such discrimination myself (my mother always packed me a “Western” lunch), my Chinese, Japanese, and Korean friends have all shared stories with me. In elementary and middle school, they experienced harassment instigated by white students for having “smelly” or “gross-looking” food when they would bring foods from their traditional cultures to school.

There’s a scene in the first episode of the American sitcom “Fresh Off the Boat” that eloquently addresses this shared experience among East Asian students. The protagonist of the TV show, Eddie, hails from a Chinese American family, and on the first day of school brings a traditional Chinese noodle lunch that his mom packs for him. He gets invited to sit with the supposedly “popular” kids (who unsurprisingly, are white) and initially seems well-received by the group. However, as soon as he brings out his tupperware with his mom’s home-cooked Chinese noodles, the dynamic in the group flips and their ringleader exclaims, “Ugh ew, gross, what is that?! Ying Ding’s eating worms! Go, go get that out of here. Dude, that smells nasty!” His remarks incite harsh laughter from the other boys, and Eddie is exiled from the lunchroom table.

Although the sitcom appears to exaggerate the reactions of the white students, the humiliation Eddie experienced is all too familiar for many of my Asian American friends. For many, such an explicit reaction is not a dramatization — it’s their reality. Judged for its foreign appearance and fragrance, traditional Asian cuisine often has not been appreciated by Westerners. Only recently has Asian cuisine become more popular in mainstream American culture. It is only certain dishes — pad thai, Korean BBQ, sushi, ramen — that have acquired culinary clout. Yet even now, in spite of their rise in popularity, there remains a stigma around Asian foods.

The New York Times recently published a story about a controversial Chinese restaurant, which drew ire from Chinese Americans after its recent grand opening in Manhattan. The restaurant was created by Arielle Haspel, a health coach in New York who wanted to open a Chinese restaurant where clean food-conscious individuals wouldn’t feel “bloated and icky” after consuming “too oily” and “salty” Chinese food. She named her restaurant Lucky Lee’s, decorating the interior with bamboo details and a large cherry blossom-esque display. Times reporter Sharon Otterman also noted that Haspel’s logo uses a “chopstick-inspired font.” Neither Haspel nor her husband are Chinese or Asian.

The primary point of contention among the Asian American community was that Haspel labeled Chinese food as unhealthy and gluttonous by marketing her restaurant’s menu as a healthy alternative to traditional Chinese dishes. Her terminology suggests that Chinese food dirties the body, bringing the offhand prejudiced conversations in elementary school cafeterias to the forefront of New York City’s culinary discourse. Haspel’s generalizations and judgements become even more alarming when considering the negative historical profiling of East Asian — and particularly Chinese — immigrants in the United States as an alien population tainting the purity of the white American polity, both culturally and aesthetically.

As an Asian American, I don’t mind the fact that Asian cuisine and aspects of Asian culture have begun to pervade mainstream American culture. Growing up, I never saw my culture represented in mass media, so it’s incredible for me to now see K-pop bands like BTS and BLACKPINK appearing on American late-night talk shows and to have so many options for Asian food outside of my Korean American household. But I begin to have qualms when certain aspects of Asian culture are cherry-picked and others rejected, or when white Americans begin profiting from the exploitation of Asian culture.

In spite of the apparent acceptance of Asian culture, I often feel a sense of inherent prejudice or imposed inferiority when I interact with white Americans, perhaps as a result of the cultural differences between Asian culture and American culture. Although I identify as Asian American, there are times when I don’t feel that I have been accepted by the dominant American culture. Selective cultural acceptance feels like a friend who only chooses to talk to you when it’s most convenient for them, or when they want a favor from you. To implement cultural exchange effectively, we need to start having conversations about how to avoid discriminating against specific values within individual cultures.

Princeton University celebrates Asian Pacific American Heritage Month during April. For those interested in events, we recommend reading more on the Carl A. Fields Center website.

By Marie-Rose Sheinerman | 34 minutes ago

By Marie-Rose Sheinerman | 34 minutes ago