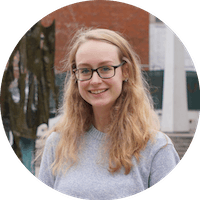 This semester’s USG referendums and elections have been a hot-topic in recent columns. Columnist Claire Wayner urged students to vote, noting that the referendums can push the University to adhere to certain policies or take certain actions supported by the student body. Another column by Liam O’Connor argues that “the sophomore and junior class president races are the two most important offices,” since “those officers sit on the Honor Committee.”

The student body, however, seems largely apathetic and disengaged with USG affairs. After elections, little is known as to whether candidates actually did uphold their campaign policy or if they really intended to pursue their causes after being elected. Clearly, the way undergraduates approach voting and elections to USG ought to change.

During the last USG election, a mere 38 percent of the undergraduate population voted. In contrast, the 2016 presidential election had a nationwide turnout of 58.1 percent. The difference between these two is inexcusable, especially considering voting for USG requires just a few clicks as opposed to lengthy process of going to the polls to cast a ballot. This comparison is not to equivocate the USG and presidential elections but instead serves to emphasize that if that many people could be motivated to drive to the polls, we could at least be motivated to get onto Helios, the online voting site. Furthermore, the poor voter turnout in college could become habit for lack of civic engagement later on, a problem which already plagues the United States. The approach to rallying undergraduates to vote needs to be made mandatory or at least more highly incentivized.

Mandatory voting may help to change the dynamic surrounding USG voting. If undergraduates had to vote, it might prompt them to look more closely at their candidates of choice. Or it might change the way or intensity with which candidates campaign.

Valerie Jarrett, former senior advisor to President Obama, advocated for this policy on the national level. According to a talk she gave at the University last November, creating a mandatory voting requirement would force politicians to style their campaigns for the average voter, rather than toward the extreme ends of the political spectrum “where the money is.” With this appeal toward the mean of the population, perhaps voters would be more engaged on the civic level and would be prompted to vote themselves and raise the turnout in general. While appealing to the extreme is not necessarily applicable to USG elections, mandatory voting could still raise levels of engagement.

Another less harsh solution could entail creating a greater incentive to vote. Perhaps voters could be entered into a drawing or raffle if they voted, or USG could fund an additional food-related study break if the voter turnout surpassed a certain threshold. Either way, beyond just voting, students need to become more engaged with the referendums up for vote.

However, voting is only one part of the problem: elections should be examined as well. For the 10 U-Council positions, only 12 are running. Especially if a candidate is already well-known on campus, there is little incentive to campaign to the fullest extent and, as O’Connor notes, “We’ll rejoice if even one of them campaigns in-person.”

How do we encourage more undergraduates to run? One solution may be in a lottery system. Many students who would consider participating in USG in one of these positions may feel discouraged by a lack of popularity or charisma. After all, many undergraduates who do vote often choose based on recognizable names. Additionally, few candidates follow through on their campaign promises, which limits the necessity of having a campaign to spread your name.

For this scenario, I will limit my proposal to the U-Council. This change could happen in one of two ways: the entire group could be elected based on lottery, or a few reserved seats could be drawn from a lottery. Interested students who don’t possess a well-known name or popularity on campus could then submit interest forms. Then, the U-Council or the few select spots would be filled by motivated members of the Princeton community without the disincentive of lack of popularity. This procedure could motivate more students to consider USG, thus increasing civic engagement and the candidate pool.

It is clear that something needs to change with regard to voting and civic engagement. Whether it’s a change like the ones I proposed above or something less drastic, we cannot condone the low voter turnout USG experiences each year — doing so may have poor implications for the future of our civic engagement.

Emma Treadway is a first-year from Amelia, Ohio. She can be reached at emmalt@princeton.edu.

A silver lining: the resurgence of journalism in the face of coronavirus

A silver lining: the resurgence of journalism in the face of coronavirus