The politics of sustainability 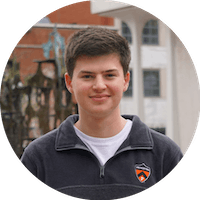 With the release of the dire new National Climate Assessment over Thanksgiving break and the beginning of COP24, the latest round of international climate negotiations, this week, the topic of environmental protection has never been more timely. Even on campus during the recent Undergraduate Student Government elections, many candidates stressed their commitment to sustainable practices, and I can attest to one Senate candidate’s giving me a detailed pitch as to just how he would revamp the University’s recycling program.

However, many of our conversations concerning this issue are centered around the wrong ideas. We often opt to emphasize personal choice and initiative as the keys to resolving our climate troubles, rather than the large-scale regulations and advancements that our elected officials must implement in order to have any chance of mediating global warming’s impact. These policy-centered solutions are far more necessary than anyone’s individual choices.

Whether or not someone is environmentally responsible today is seemingly determined by to what extent they recycle or refrain from eating meat or drive fuel-efficient vehicles. This attitude makes the problem seem overwhelming and unsolvable, which contributes to a general feeling of despondency about our planet’s future. Our generation seems to be resigned to the fact that the earth is doomed due to our inability to curb our unsustainable habits.

If there is anything I gathered from the National Climate Assessment, however, it’s that the problem we face needs a much larger, structural response, one that can only be delivered by those with the power to change governmental policy. According to the United Nations, we only have about 12 years before rising temperatures create disastrous conditions such as more flooding, droughts, and animal extinctions.

Preventing such catastrophes requires massive societal efforts to reduce greenhouse gas emissions, a result that while already difficult to achieve, is extremely unrealistic if we only rely on individual goodwill and our capacity to be convinced by the science. Rather, the future of the planet depends on politicians and their willingness to support broad measures that will reduce the adverse effects of climate change, including policies such as carbon taxes, investment in clean energy, and cap and trade policies.

In the United States, political reform presents an enormous challenge. Unlike in other Western democracies, our administration does not accept the overwhelming scientific evidence that supports the occurrence of climate change. The President does not even believe his own administration’s climate report and appointed Scott Pruitt, a climate change denier, to lead the EPA, before he resigned due to corruption allegations. My home senator, Ted Cruz ’92, has denied global warming and criticized efforts to combat it. Our politicians’ tendency toward climate denial has many causes, such as corporate influence in Washington and the fact that many of them do not belong to the generation that will have to deal with the most adverse effects.

Unfortunately, due to their status as powerful elected officials, the environmental decisions of people like President Trump and Sen. Cruz matter much more than yours or mine. This being the case, if we really want to have meaningful conversations about how we are attempting to prevent the potential catastrophes caused by global warming, our focus shouldn’t be on our individual practices. Instead, we should look at how we are working to put people in power who accept the gravity of the situation and are willing to do something about it. In my case, candidates’ positions on global warming was one of the most important factors for me in the recent elections.

While of course any change in personal behavior that reduces one’s carbon footprint is admirable, focusing on these small-scale adjustments is not the most effective method to contribute to environmental causes. When it comes to fighting climate change, how you vote matters much more than how you recycle.

Ben Gelman is a first-year from Houston, Texas. He can be reached at bgelman@princeton.edu.